Watch: Akshay Kumar, Ranveer Singh show how getting THIS dance step wrong can be 'harmful for future planning'

In the video, Akshay Kumar and Ranveer Singh can be seen doing the hook step of 'Bala' on the recently released song 'Aila Re Aillaa'
FPJ Web Desk 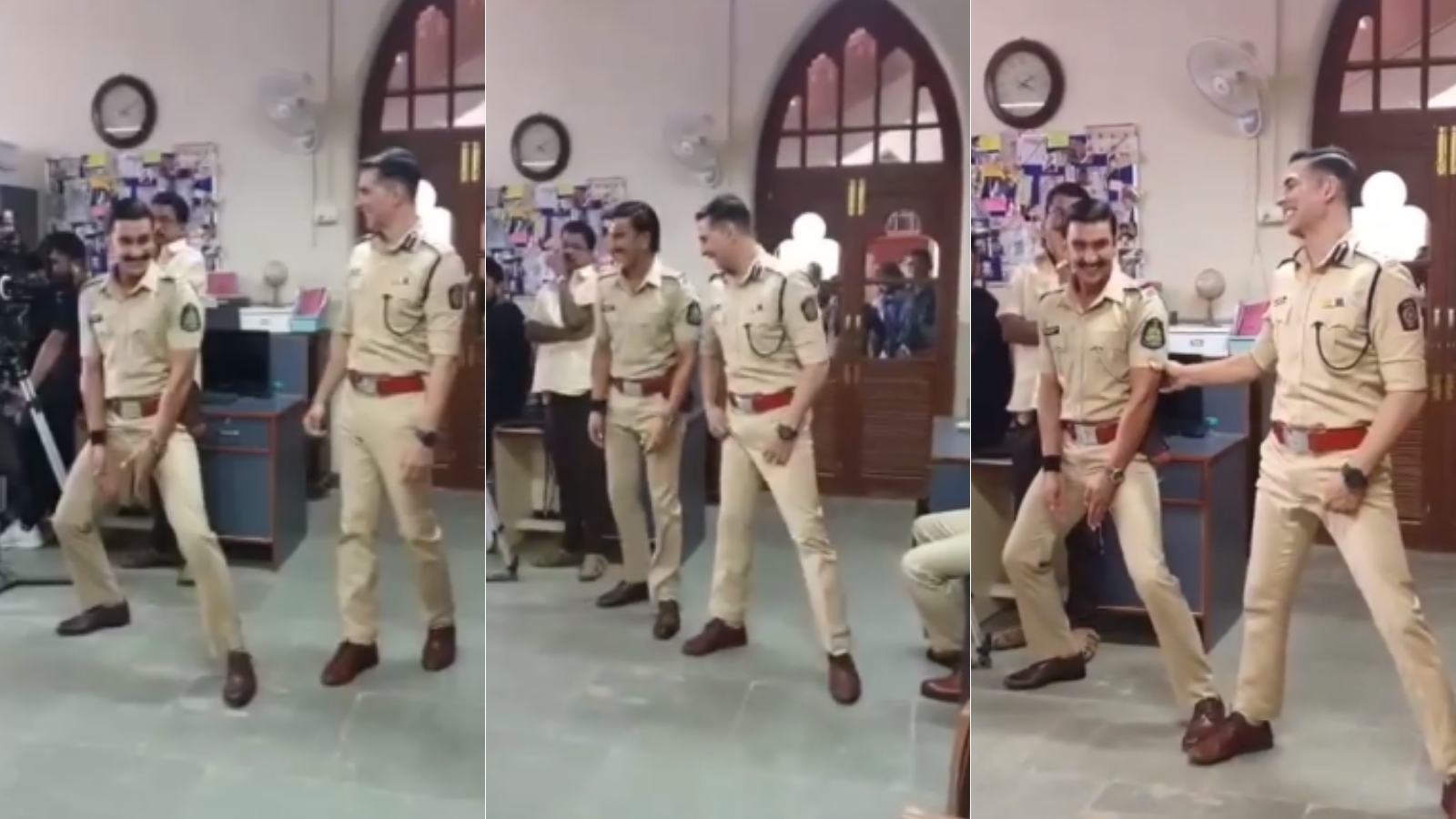 Bollywood actors Ranveer Singh and Akshay Kumar, who released the song 'Aila Re Aillaa' from their much-awaited film 'Sooryavanshi', shared a behind-the-scenes video in which they can be seen performing on the song.

In the video, shared by Akshay Kumar on Instagram, both the actors can be seen doing the hook step of 'Bala'. However, the 'Simmba' actor ended up being hurt.

In the caption, Akshay has also attached a hilarious warning with the video.

"Here’s @ranveersingh’s and my #AilaReAillaaStep. Put your best, crazy dance foot forward and show me yours. Warning: Getting this step wrong can be harmful for future planning," he wrote.

On Thursday, the makers of 'Sooryavanshi' dropped the first song 'Aila Re Aillaa'. The peppy dance number features Akshay, Ajay Devgn and Ranveer.

The song is a recreation of the original track that was first featured in Akshay-starrer 'Khatta Meetha' (2010).

While the original track was composed by Pritam Chakraborty, the new version is recreated by Tanishk Bagchi, who is known for rendering new colours to original songs. The track has been sung by Daler Mehndi with lyrics penned by Shabbir Ahmed.

Starring Katrina Kaif in the lead role, 'Sooryavanshi' is all set to release in theatres on November 5. It will knock the horns with Marvel’s 'Eternals'. The film was initially scheduled to hit the screens on March 24, 2020. However, the released was postponed due to the pandemic.