High drama prevailed on Thursday, after Uttar Pradesh Police personnel reportedly pushed former Congress President Rahul Gandhi on the ground on the Yamuna Expressway and detained him, while he was walking towards Hathras to meet the family of the rape victim.

Gandhi, along with his sister Priyanka Gandhi Vadra and other senior leaders had left Delhi to meet the family of the Hathras rape victim. However, they began marching towards Hathras after their vehicle was stopped near the Yamuna Expressway.

Visuals of the incident were caught on camera and the videos went viral on the internet.

Reacting to a viral video where Rahul can be seen falling on the ground, filmmaker Vivek Agnihotri called the politician a 'bad actor'. Sharing the clip on Twitter, he wrote, "Hahahahahaha. @RahulGandhiis an equally bad actor."

According to reports, Rahul Gandhi told the media, "Just now police pushed me, lathicharged me and threw me on the ground. I want to ask, can only (Narendra) Modiji walk in this country? Can't a normal person walk? Our vehicle was stopped, so we started walking."

The Uttar Pradesh Police Personnel also told Gandhi he was being detained as he was marching in an area where section 144 has been imposed. The section relates to assembly of not more than five people at one place.

Gandhi said that even if Section 144 had been imposed, he will walk alone towards Hathras to meet the family of the rape victim.

The Congress leaders then had a heated exchange with police personnel.

According to Ranvijay Singh, Additional DCP, Gautam Budh Nagar, Rahul Gandhi has been taken into custody and he won't be allowed to go further as the police have a letter from DM Hathras saying that if Gandhi goes there, it may disturb the law and order situation in the district.

Also, there is the issue of providing security cover.

Rahul Gandhi along with Priyanka, Randeep Singh Surjewala, Rajiv Shukla and several other top leaders were walking towards Hathras to meet the family of the victims a day after the last rites of the rape victim was allegedly performed during the night in the absence of her family members. 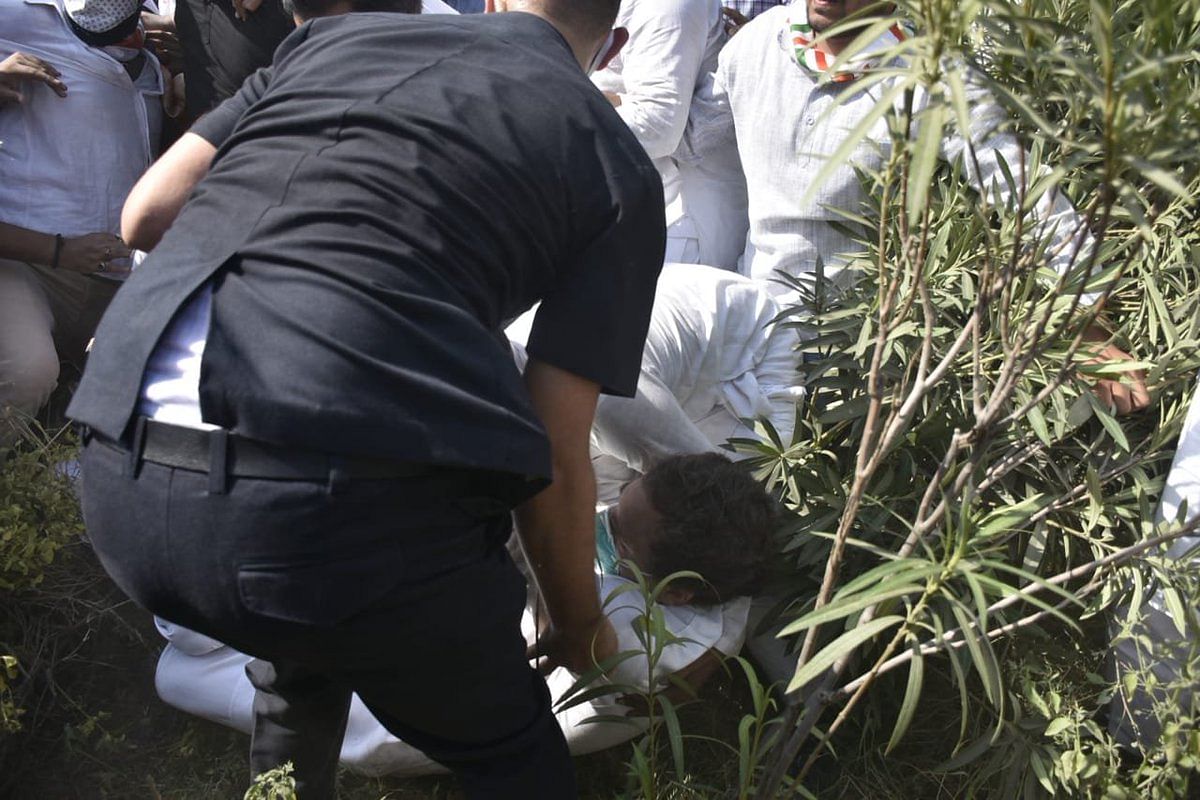 Watch video: Rahul Gandhi says he was pushed by UP Police