Video: This is what Tiger Shroff does on his day off from shoots

Tiger Shroff is amidst the shoot of Baaghi 3 in Serbia, giving fans an insight into the shooting schedule via social media
FPJ Web Desk 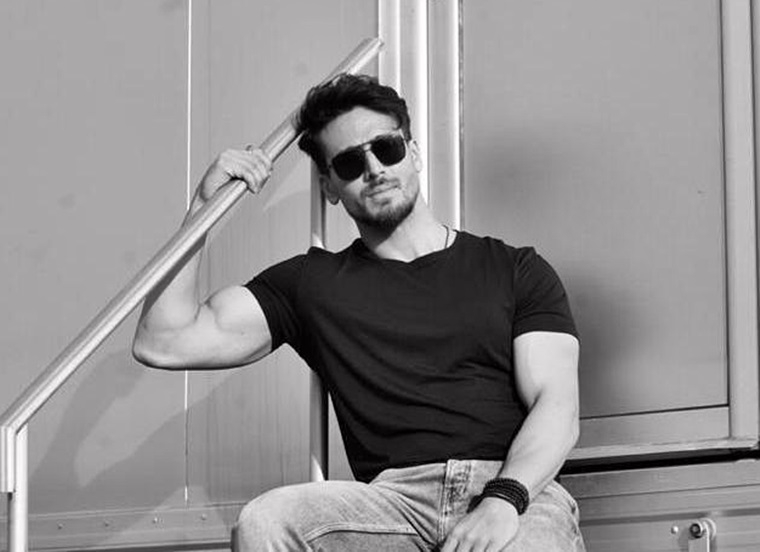 Video: This is what Tiger Shroff does on his day off from shoots |

Tiger Shroff is amidst the shoot of Baaghi 3 in Serbia, giving fans an insight into the shooting schedule via social media which has been setting the internet on fire. Recently, Tiger took to his social media handle to share a video of what he did when he got a day off from his hectic schedule.

In the video, the star was seen playing basketball and showed off some of his killer moves. Captioning the video he shared, "Ballin in my @asicsindia shoes with my bro @subhaankhan #baaghi3#dayoff#airbaaghi".

Earlier this week, the actor shared a video from his work out session. In the video, we can see him doing his pull up work out. He shelled out major fitness goals in the video and left his fans in awe.The graph of Tiger's growth has only been growing over the years making him one of the most bankable youngest action stars in Bollywood. Baaghi 2 had broken records earlier and was the highest-grossing film for the actor before WAR.

Tiger Shroff has been roaring at the box office as 'War' enters the 300 crore club which also became his first film to do so. The actor now has 3 franchise films with Baaghi, War, and Rambo making him the only actor in the young circuit with this achievement.

Known for his sharp and clean action sequences Tiger Shroff is hailed as the youngest action star and the actor makes sure that he does every bit to justify this title given to him. In such a short career span he has managed to carve a niche for himself wherein when it’s an action film everybody knows that nobody but him can ace it.

Tiger will be seen in Baaghi 3  next year taking the level of action a notch higher.