'Until we see him again next year': Shah Rukh Khan bids adieu to Bappa, gives a glimpse of Ganesh Chaturthi festivities at home 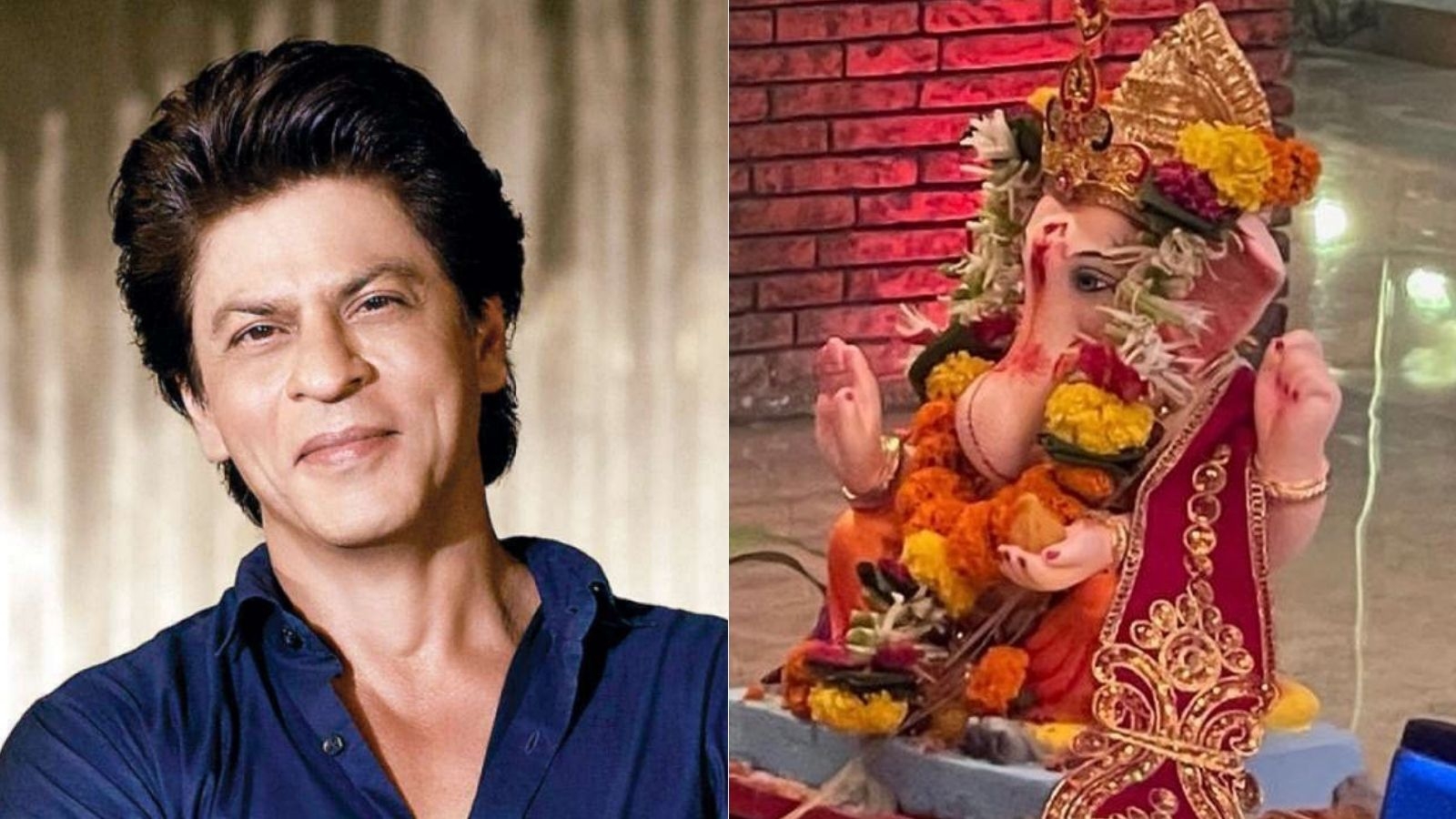 Superstar Shah Rukh Khan, on Sunday night, bid adieu to Lord Ganesha, with a pray to seeing him again next year.

Khan took to his Instagram handle and shared a picture of Lord Ganesha's idol at home.

Sharing the picture, the Padma Shri winning actor wrote, "May Lord Ganesha's blessings remain with all of us until we see him again next year... Ganpati Bappa Morya!!!"

For the unversed, in 2018, SRK was trolled for making his youngest son AbRam Khan pray to Lord Ganesha during the Ganesh Chaturthi festival.

At that time, the superstar posted a picture on his Instagram handle which saw AbRam praying to Lord Ganesha at home. Sharing the picture at that time, SRK wrote, "Our Ganpati 'Pappa' is home, as the lil one calls him".

While some appreciated the actor for his secular approach; many slammed him for celebrating Ganesh Chaturthi being a Muslim and called it a "sinful act." However, without getting bothered by the negative comments, Khan continued to follow the tradition of welcoming Lord Ganesha at his home every year during Ganesh Chaturthi.

Currently, SRK, who was last seen in Aanand L Rai's 'Zero', has been shooting for 'Pathan' which co-stars Deepika Padukone and apparently, John Abraham too. The film has grabbed many eyeballs as it will also feature an extended cameo of Salman Khan. Is Shah Rukh Khan’s next titled Lion? Deets inside!