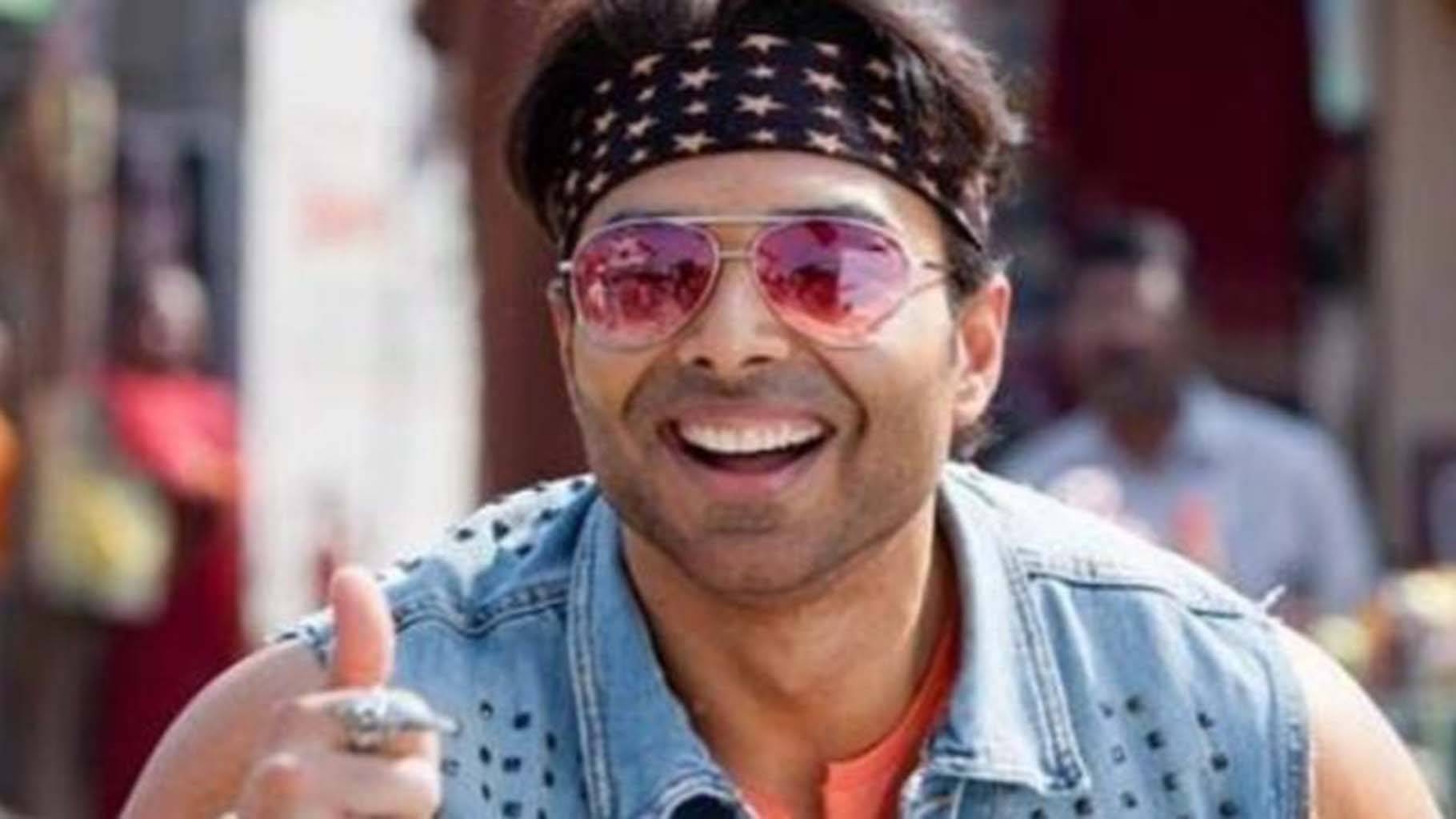 Bollywood actor Uday Chopra returned to Twitter once again after his brief hiatus from the microblogging platform.

Uday wrote on Twitter, “My father passed away this day 9 years ago. He left a void not only in the film industry but in the lives of all he touched. I think he took a part of me with him which I may never get back, but that is fine. We are all incomplete beings and we must learn to live with that.”

“But it’s not just Love that I felt for him. It was like a brotherhood that I lost. We understood that we were deeply different creatures and yet we accepted each other, with not just respect, but with humour. That’s how I will remember him…With respect and humour. My Dad always!!!” he added in a subsequent tweet. 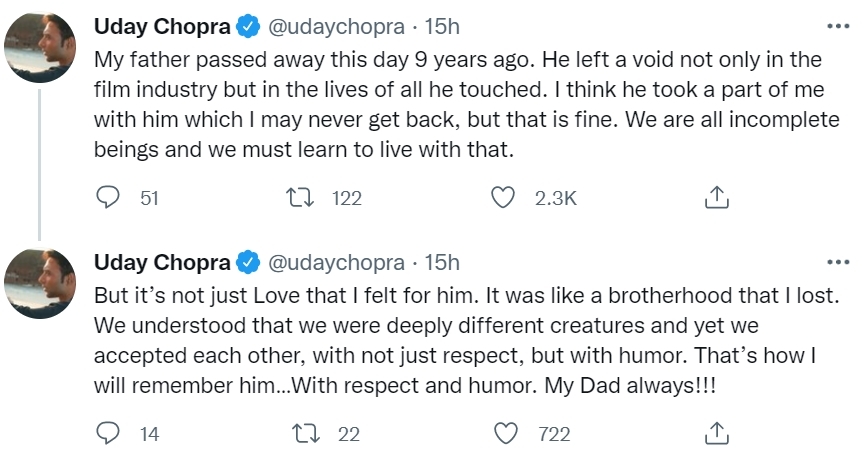 Uday started his day tweeting, “It’s Thursday so some of my last tweets, please bear with me…”, to which a Twitter user wrote, "thank God it's his last day, I can't do this anymore.”

Uday replied to the user by tweeting, “But why did you have to do anything? I’m so sorry you were unable to ignore me, but that says more about you than me.”

He further added, “Oh gosh! I never wanted to make this person feel bad about this. I’m so sorry. Just be who you are, I’m no one.” 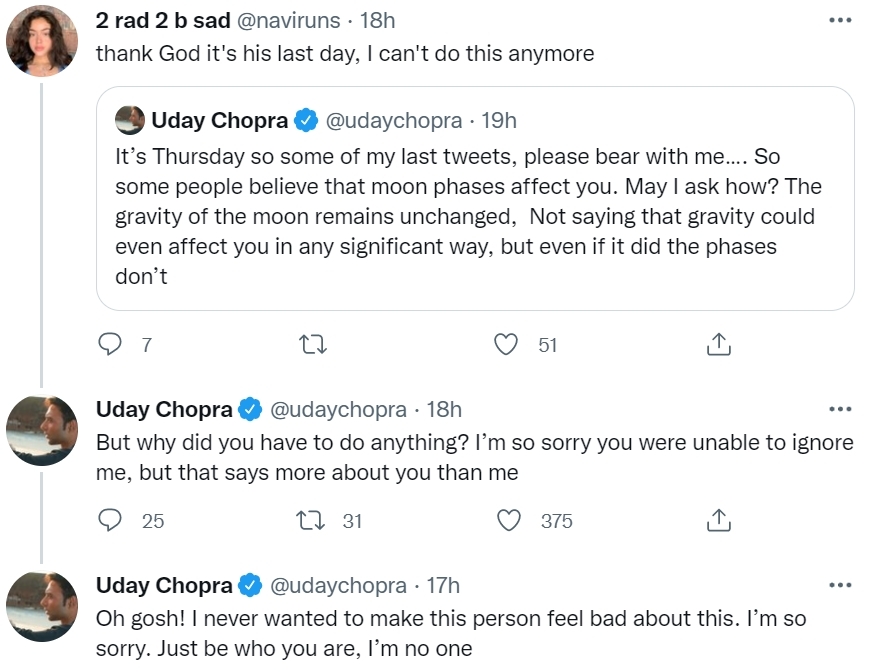 Uday was last seen on the silver screen in 2013 as Ali in the third instalment of the “Dhoom” franchise”. 'Sir, you started it?': Uday Chopra asks what 'simp' means; Twitterati remind him of 'Dhoom'
Advertisement