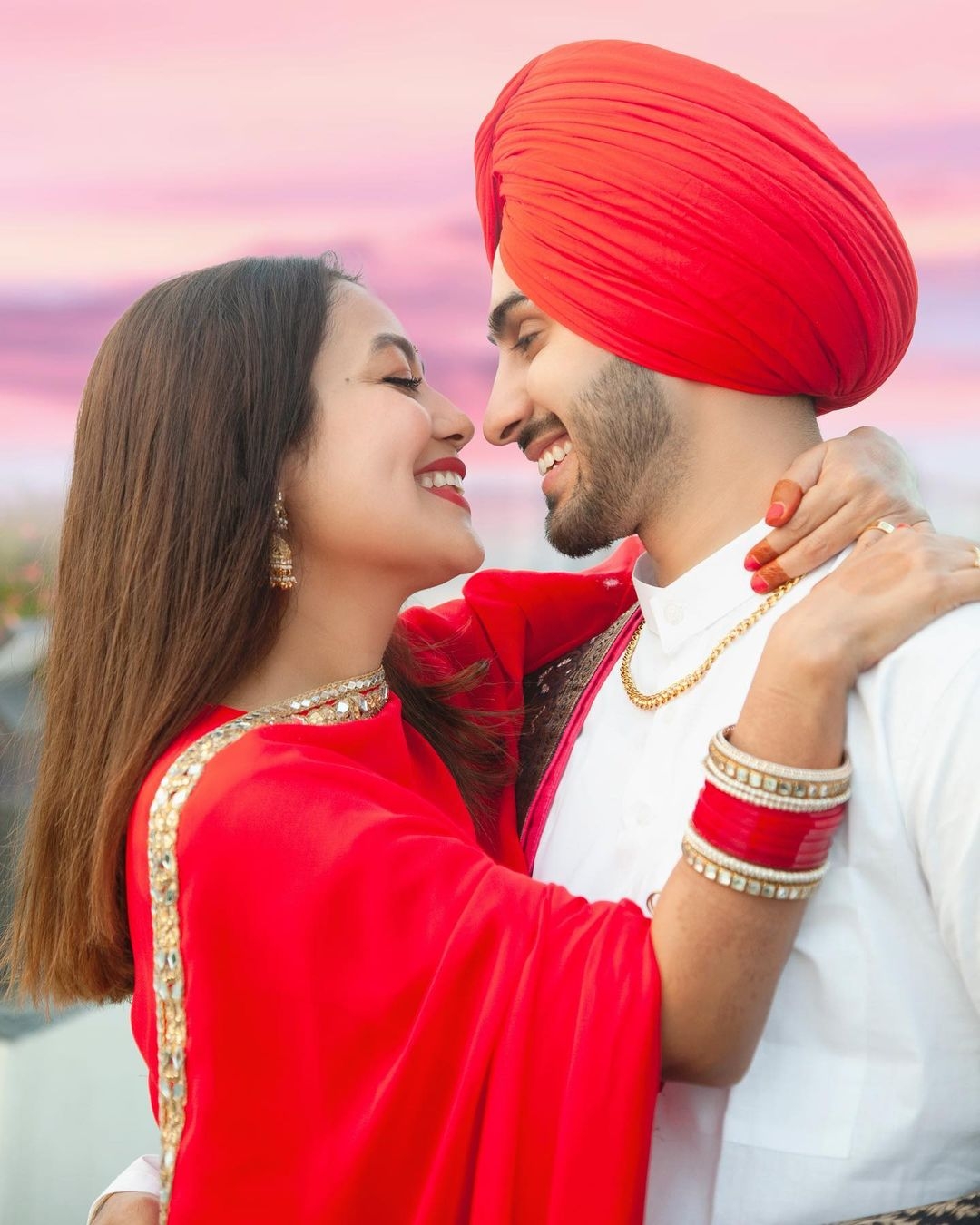 Rohanpreet Singh, who recently tied the knot with popular singer Neha Kakkar, was spotted at a salon in Mumbai, on Wednesday. After a video of him being captured by shutterbugs went viral on social media, several trolls targeted him and left nasty comments.

In the video, share by popular celebrity photographer Viral Bhayani, Rohanpreet was seen stepping out of his car and covering his face with a mask in his hand as he poses for the paparazzi.

Reacting to the video, while several netizens called him out for not opting for better mask extensions, others left unpleasant comments.

"He will only be known as 'Neha ka pati'," wrote another.

For the uninitiated, Singh is also a musician like Neha Kakkar. The artist started his singing career with the reality show 'Sa Re Ga Ma Pa Lil Champs' in 2007. He was also a part of Colors TV's 'Rising Star 2' and 'Mujhse Shaadi Karoge', as one of 'Bigg Boss 13' fame Shehnaaz Gill's suitors.

Singers Neha Kakkar and Rohanpreet Singh tied the knot as per the Sikh wedding ceremony Anand Karaj on October 24.