After superstar Salman Khan, Ayushmann Khurrana appeared as a guest on Arbaaz Khan's chat show 'Pinch 2', where celebrities open up about trolls, cyber-bullying and their coping mechanisms.
FPJ Web Desk 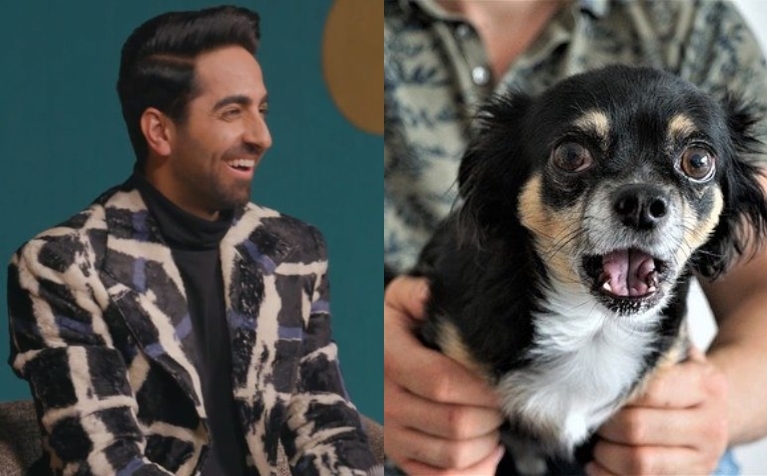 After superstar Salman Khan, Ayushmann Khurrana appeared as a guest on Arbaaz Khan's chat show 'Pinch 2', where celebrities open up about trolls, cyber-bullying and their coping mechanisms.

The teaser of the upcoming episode was recently shared online and it shows the 'Shubh Mangal Zyaada Savdhaan' actor responding to a troll who said that he 'looks like a chihuahua'.

When Arbaaz read a comment which said that Ayushmann is a 'good actor' but does not 'look like a hero', the actor replied: "Mere hisaab se jo script hai woh hero hai. Apni nazaron mein main bohot handsome hoon."

Another comment apparently read: "Ayushmann ‘looks like a chihuahua being carried about in a pink ladies bag."

Ayushmann had a witty response to the mean comment. He quipped, "As long as the lady is hot, ayushmaan bhava."

Check out the promo here:

The 'Andhadhun' actor also spoke about 'back-to-back flops' after 'Vicky Donor', which marked his Bollywood debut.

The show streams on Zee5 and QuPlayYouTube. 'Badey hi well-informed hai': Salman Khan responds to troll who claimed he has a wife, 17-year-old...

Meanwhile, speaking about Ayushmann's upcoming slate of work, he is currently in Bhopal shooting for his forthcoming film, 'Doctor G'.

Directed by Anubhuti Kashyap, 'Doctor G' is a medical campus comedy drama, which has the two actors playing doctors. While Ayushmann will be playing the role of Dr Uday Gupta, Rakul will be seen as Dr Fatima, a medical student who plays Ayushmann's senior in the film.

The film has been written by Sumit Saxena, Vishal Wagh and Saurabh Bharat and also features Shefali Shah in a crucial role.

Ayushmann will also be seen in 'Chandigarh Kare Aashiqui' directed by Abhishek Kapoor, and 'Anek' helmed by Anubhav Sinha.