Trishala Dutt says she's been judged since the day she was born: 'Comes with the family name' 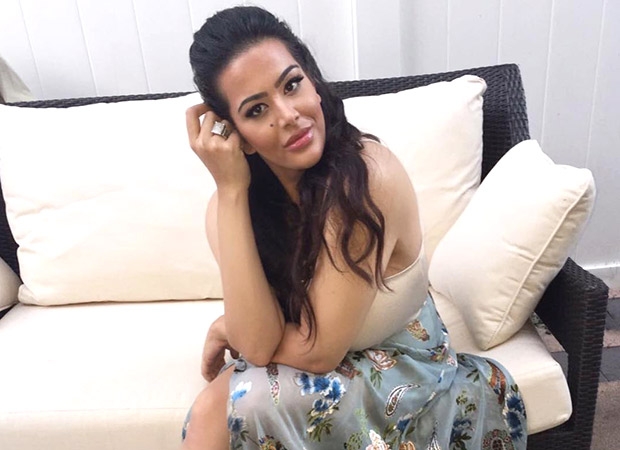 Trishala invited questions from her followers and during the Q & A session, someone asked her on Instagram, "How do you deal with so many people judging you constantly?"

Responding to the question, Trishala wrote, "I’ve had people judging me since the day I took my first breath. It comes with the family name unfortunately." 'Today, he’s married with children': Trishala Dutt opens up about her longest relationship

She further wrote that when people feel upset or disconnected from the world, they project their unhappiness on the people they interact with. "They start judging the world around them. Haven’t you noticed? It’s only when we are unhappy with ourselves, and our lives, we begin to judge, blame and criticize those around us. Nobody does this when they’re happy," she wrote.

"Treat everyone with respect, love and compassion including those who judge and criticize you harshly, not necessarily because they deserve it, but because you do. Appreciate the contrast. Silenly thank them for the many lessons they are now teaching you and allow them to make you better, not bitter," she added. 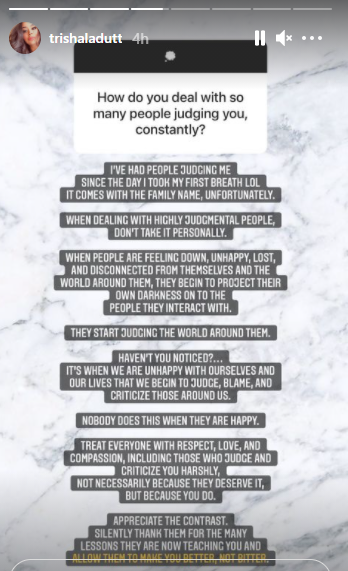 Earlier, during an Ask Me Anything session on Instagram, Trishala had talked about being in a toxic relationship several years ago and being treated like trash. '1 year since the ground beneath me seemed to crumble': Trishala Dutt on late boyfriend's death...
Advertisement