Tokyo Olympics: Deepika Padukone, Alia Bhatt and other celebs support Simone Biles after she withdraws to focus on mental health 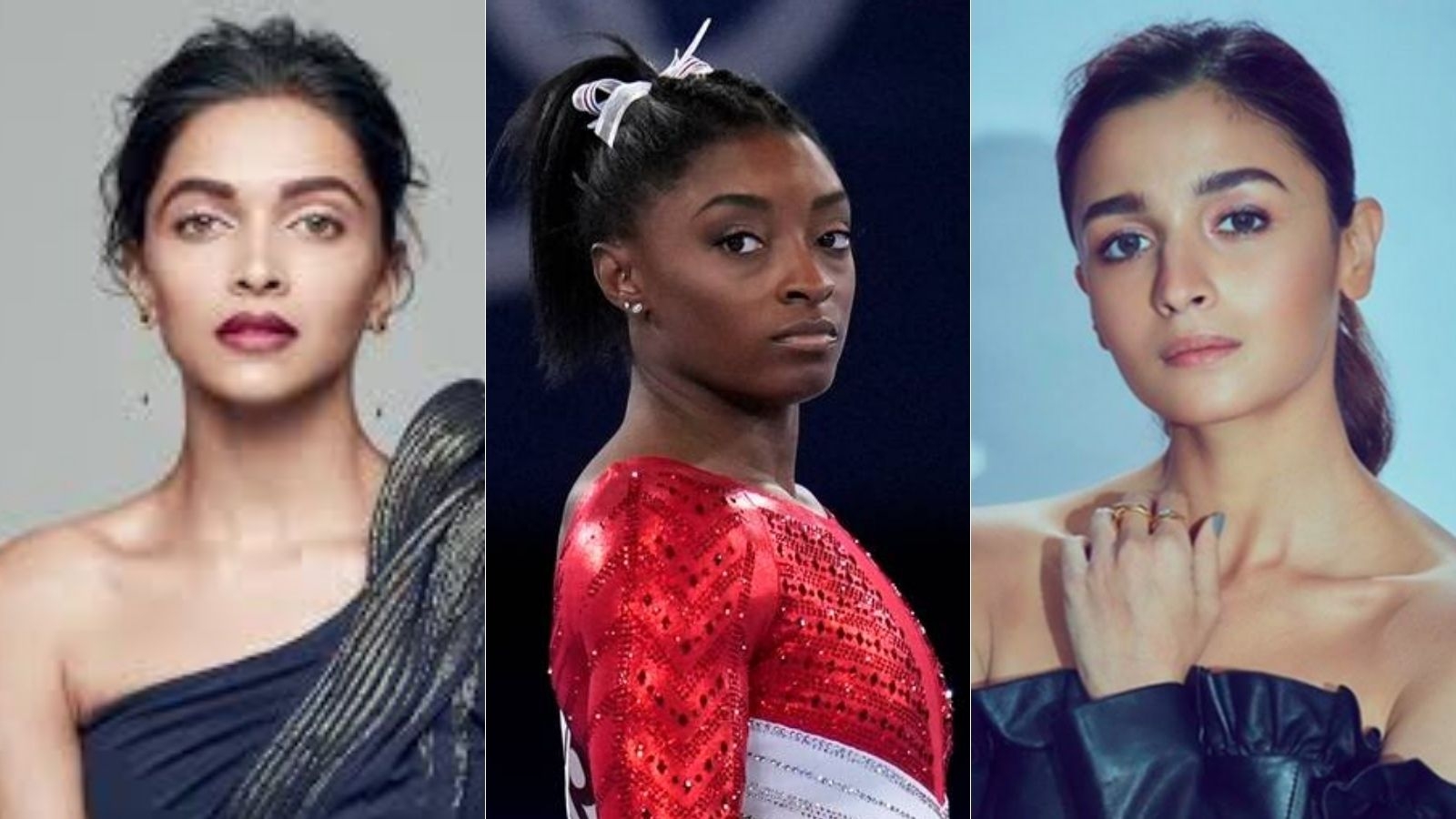 Superstars Deepika Padukone, Alia Bhatt, Varun Dhawan, and more from the Bollywood fraternity have heaped praise on one of the most decorated American gymnast Simone Biles after she withdrew herself from Thursday's all-around competition to focus on her mental well-being.

Deepika Padukone, who herself has been quite vocal about her battle with depression, took to her Instagram handle to give a shout-out to Simone. Sharing the athlete's news screenshot by a news outlet, she wrote, "I hear you..." by adding hashtags: "#mentalhealth", '#mentalhealthmatters".

Alia Bhatt also took to her Instagram story, to amplify Simone's voice. Sharing the news, she wrote, "A reminder that your mental health is as important as your physical health. This helps change the narrative regarding mental health all over the world, more power to you." 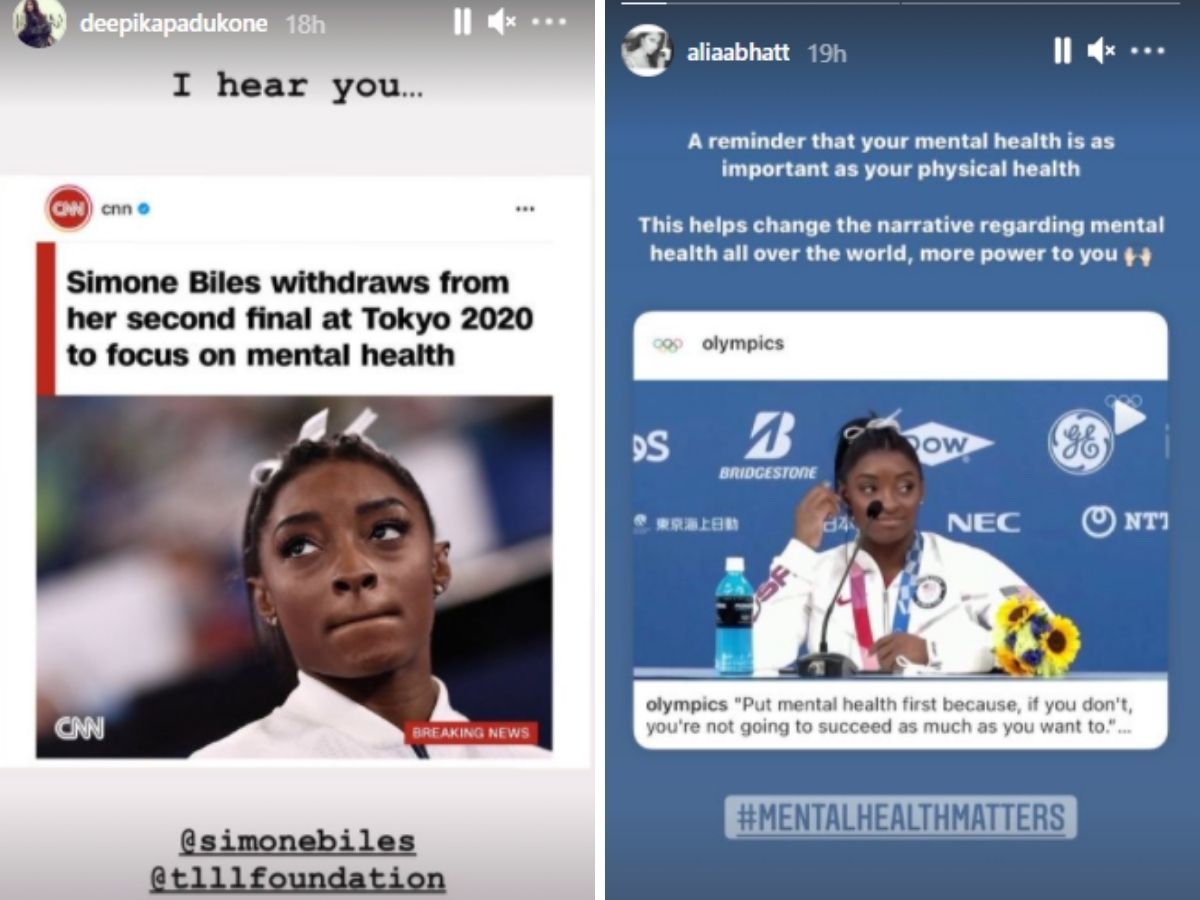 Priyanka Chopra shared a clip of an old interview with Simone Biles and wrote a note appreciating her decision. The actress called Simone a ‘role model’ and thanked her for normalising putting mental health first.

"I had the joy of getting to know @simonebiles a few years ago, and she blew me away then with her vulnerability and self awareness. Simone, yesterday we were reminded why you are truly the GOAT, and why nothing supersedes taking care of ourselves…body AND mind. I cannot fathom the impossible pressure you all perform under, but knowing where you need to draw the line and step away - TO CHOOSE YOURSELF - is most important," she wrote.

"Only when we are okay can we perform at our best, and enjoy doing so. Thank you for helping normalise that even under tremendous pressure, it’s ok to be human. Thank you for your courage and strength. You are a role model, and just like the rest of the world I’m so inspired and awed by you. Once again you have shown us what it truly means to be a champion," Priyanka added in the caption.

Taking to his Instagram handle, Varun Dhawan wrote, "What an inspiration! An important reminder to take care of your mental health along with your physical! A message for difficult times like these."

For the unversed, American gymnast Simone Biles has cited mental health concerns as her reason to pull out of the women's team final in the ongoing Tokyo Olympics.

Actress Dia Mirza wrote, "Everyone, everywhere must learn to recognise nothing is more important than mental health. We see you, we hear you and we are with you @simonebiles." 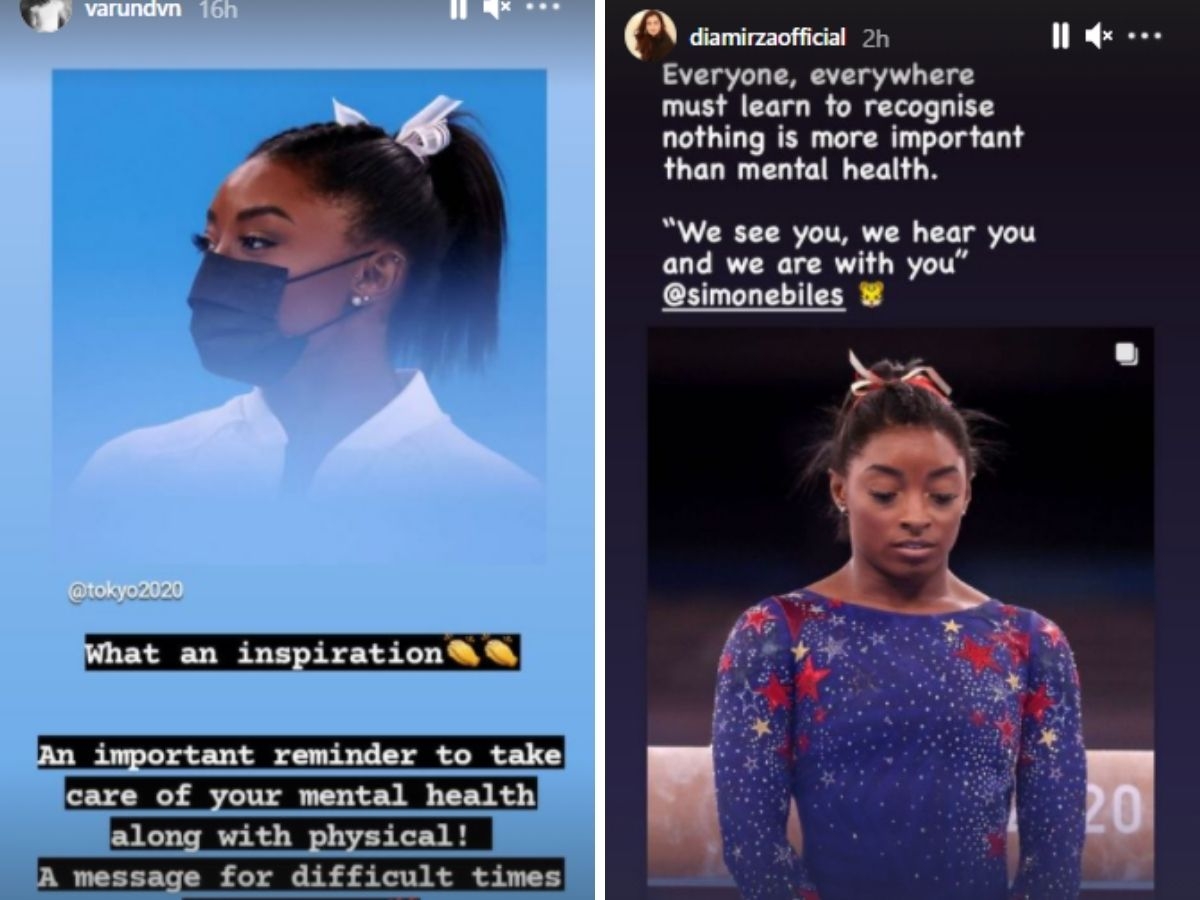 The Rio 2016 gold-medal-winning athlete doesn't want to put her "health and well-being" in danger.

"Whenever you get in a high-stress situation, you kind of freak out. I have to focus on my mental health and not jeopardize my health and well-being," CNN quoted Biles as saying.

"It just sucks when you're fighting with your own head," Biles broke down in tears while explaining her decision in a press conference.

The American gymnast said her team wanted her to go ahead and compete but she didn't want to put a medal at risk.

"I was like: I think the girls need to do the rest of the competition without me. They were like 'I promise you'll be fine, we watched you warm-up'. But I said 'no, I know I am going to be fine but I can't risk a medal for the team and I need to call it," said Biles. Biles withdrew from the artistic gymnastics women's team final citing medical grounds, according to USA Gymnastics. The American bailed out of a two-and-a-half twisting vault after executing just one-and-a-half twists, taking a big step on her landing.

She then left the gym with a medic and minutes later pulled out her name from the remainder of the event.According to Olympics.com, though Biles had withdrawn from the team final, she is still eligible for the forthcoming individual all-around and apparatus finals.

The individual all-around is set for Thursday while the apparatus finals will take place from August 1-3, with Biles having qualified for all four: balance beam, vault, floor exercise, and uneven bars.

Last week, Biles had become the first Olympic athlete to have her own customized hashtag emoji on Twitter.