Younger brother of Raj Kapoor, Shammi was a flamboyant actor whose histrionics and formidable screen-presence made him a heart-throb of cine-goers in the sixties.
Sumit Paul 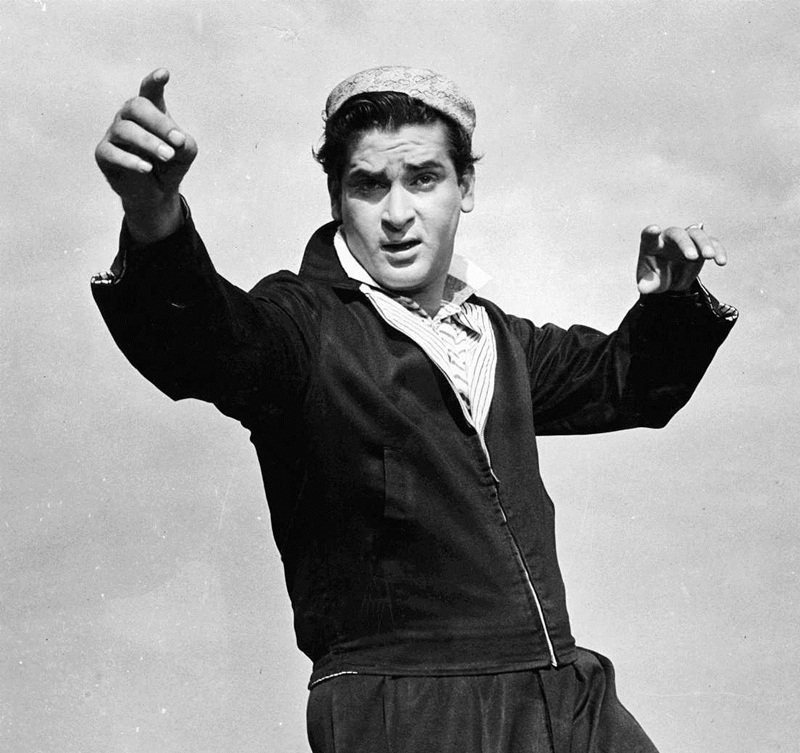 An actor is known for his acting skills as well as for a certain X-factor, that even he cannot define,” opined The Guradian’s celebrated film critic Wren Stayhall. Shamsher Raj Kapoor alias Shammi Kapoor, the Elvis Presley of India, had this zing thing about him that catapulted him to everlasting stardom and undiminished popularity.

Younger brother of Raj Kapoor, Shammi was a flamboyant actor whose histrionics and formidable screen-presence made him a heart-throb of cine-goers in the sixties. And when Shammi’s name comes, one singer’s name invariably pops us and you all know who I’m alluding to. It was Muhammad Rafi.

The way, Mukesh became Raj Kapoor’s voice, Rafi became synonymous with Shammi. But very few people are aware that Shammi was initially reluctant to use Rafi's voice! In an interview to now defunct Hindi film magazine Madhuri, Shammi told the interviewer Prakash Sultan: “I was apprehensive of the quality of my voice. I found it to be innately subdued and cracking.

When papaji (Prithviraj Kapoor) suggested Rafi’s voice for me, I told him that such a fine voice wouldn’t suit me. But papa ji persisted because he was extremely fond of Muhammad Rafi.” Though ten other singers also sang for Shammi, it was Rafi who became Shammi's official voice.

How that happened...In 1960, a film hit the celluloid. The movie was Basant. There was a wondrous duet in it: Chori-chori ek ishara ho gaya hai/Dil humara tha tumhara ho gaya hai. It was penned by Qamar Jalalabadi and composed by

O P Nayyar. Those, who have watched the film are aware that Shammi Kapoor had a low-key dialogue delivery in the whole film. So, he requested O P Nayyar to rope in someone who could sing at a relatively lower pitch. But O P was adamant. He said that he already roped Rafi in to sing with Asha.

Though Rafi already had sung for Shammi, those were low-octave numbers and not full-throttled, robust ones. Shammi then approached Rafi and requested to sing this peppy number in his sub-original voice. Rafi obliged and as they say, the rest is history.

After that, whenever Rafi had a chance to sing for Shammi, he’d ask him: Aap tazveez keejiye, main kis note pe gaaoon? (You better suggest which note should I sing on). When the film Pyaar Kiya Toh Darna Kiya (1963) hit the marquee, Shammi requested Rafi:

Aap ise apne hisaab se gaaiye (Please sing the song in your way). Rafi sang it beautifully and Shammi lip-synced it in tandem. Today, it’s considered to be the finest manifestation of simultaneous lip-movements (SLM in the parlance of voice over).

Apart from Shammi’s lifelong association with Rafi, not many people are aware of his humane side. It was Shammi, who recommended Anand Bakshi’s name for the songs of film Vallah Kya Baat hai (1962). Before that, Anand Bakshi was known as a pen-pusher who accidentally wrote a couple of good songs.

But Shammi reposed his faith in Anand Bakshi and the latter also didn’t let him down. It was Bakshi’s immortal: Gham-e-hasti se bas begana hota, khudaya kaash main deewana hota that immortalised Anand

Bakshi, Roshan Lal Nagrath, Rafi and Shammi. Rafi rated it as one of his five best songs in an interview to a Pakistani scribe. Anand Bakshi never looked back after penning this number.

Shammi Kapoor also associated himself with many charitable organisations and helped poor and have-nots. Through his Internet Association of India (now defunct), he gifted desktops to many needy youngsters and taught people how to use the internet as he was one of the earliest internet users in India. He was very tech-savvy and started using it way back in 1995.

It’s a misconception in India that he owned Yahoo.com. He never owned it. It’s an American company, though Yahoo’s head-honchos wanted him to be associated with it in 2005. But he declined. He’d buy disabled horses from army and look after them. Himself a wonderful equestrian, he was very fond of horses.

Shammi also wrote poetry in Urdu, but seldom shared it with people. The late Tom Altar and Shammi would often regale each other with sher-o-shayari.

Tom was very good at Urdu and wrote exquisite poetry in it. Yours truly would often spend time with Tom in Poona and listen to his Urdu poetry. A happy-go-lucky man, Shammi will always be remembered for his joie de vivre.

(It is Shammi Kapoor’s birth anniversary on October 21)