Kangana Ranaut is busy preparing for Jayalalithaa biopic, which is titled Thalaivi.
BollywoodHungama 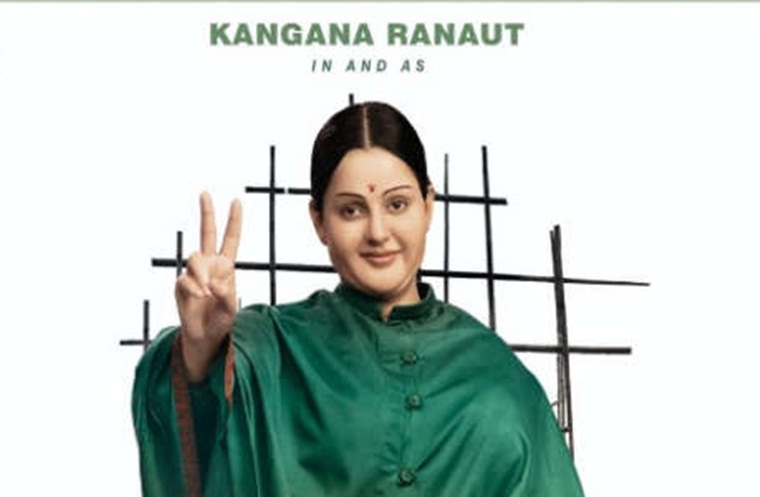 Kangana Ranaut is busy preparing for Jayalalithaa biopic, which is titled Thalaivi. The actress began working on the film recently and has been prepping in dance styles and learning Tamil. The actress is supposed to sport four looks in the film starting from her early days to her life as an actress and her political career.

Now, the first look has been unveiled. Kangana Ranaut has transformed herself into late Jayalalithaa. Dressed in green saree and tied hair, the actress is greeting in the first poster. “The legend we know, but the story that is yet to be told! Presenting #KanganaRanaut, in & as #Thalaivi. A film by #Vijay, arriving in cinemas on 26th June, 2020,” her team captioned the photo.

The makers of the film have now released the first look teaser of the film, which shows Kangana in two distinct looks in and as Thalaivi. Kangana Ranaut has gone a complete transformation and nailed both Jayalalithaa’s look and body language. The first look teaser shows the early years of Jayalalithaa’s career when she was a superstar heroine, and the focus then shifts to her years as a politician, a look that everyone had been eagerly waiting for.

Producer Vishnu Vardhan Induri, who is also producing ‘83, says, “I am excited to show this story of an actor turn politician, which is based on one of India’s most loved and followed public figures. Thalaivi is a very dear project to all of us as it is a story that needs to be told. And the way, Kangana has slipped into the character, is simply amazing. Can’t wait to present this film to the audience.”

After producing Judgementall Hai Kya, producer Shaailesh R Singh is proud to associate with Thalaivi, ‘’I’m happy to collaborate with Kangana yet again after Tanu Weds Manu and Judgemental Hai Kya. There couldn’t have been anyone other than Kangana to ace and portray this legendary public figure! We can’t wait to showcase her incredible journey to the world on 26th June 2020 ”.

Jason Collins has done prosthetics work in Captain Marvel, Hunger Games, and Blade Runner. The film will be released in three languages – Tamil, Telugu, and Hindi, and under the same name Thalaivi.

Produced by Vishnu Vardhan Iduri and Shaailesh R Singh and directed by Vijay, Thalaivi is scheduled to release in Hindi, Tamil and Telugu on 26th June 2020. Thalaivi: Kangana's first look as Jayalalitha will make you ask why?
Advertisement