Ayushmann and Tahira have been married for over 12 years. The two are parents to son Virajveer and daughter Varushka.
FPJ Web Desk 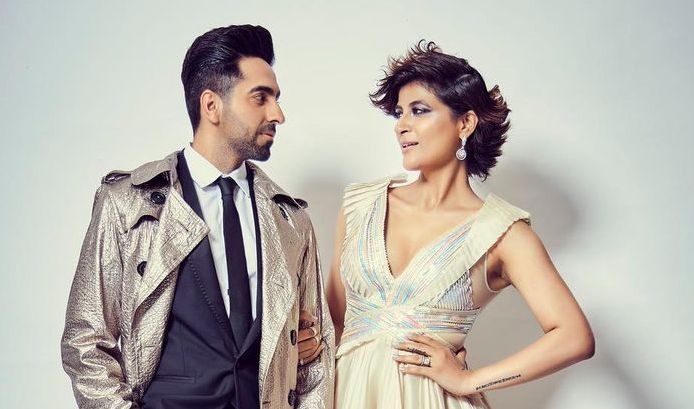 Filmmaker-writer Tahira Kashyap Khurrana recently shared an excerpt from her book “The 7 Sins Of Being A Mother”. In the passages shared on Instagram, Tahira spoke about how she was shamed for not being able to breastfeed enough and having a C-section to deliver her baby boy.

However, her parents supported her choices and she also decided to take a trip to Bangkok without her son who was 7 months old.

Tahira, who went on the trip with husband and actor Ayushmann, was still lactating. At their stay in a hotel, she had filled up a bottle of her breast milk and left it in the washroom, forgetting to discard it.

To her surprise, Ayushmann had used it up for his protein shake.

I went to the washroom and expressed but forgot to discard the milk. The prolactin had created a surge of maternal love in me. Missing my baby terribly, I headed out to call him. Yup, he was doing just fine. And now I felt a tinge of jealousy and worry. Why wasn't my son missing me? Of course if he had been I would be doubly miserable! I kept the phone down and went back to the washroom to find the bottle empty. My boy was relaxing in the bedroom, having his protein shake. I asked him about the curious case of the missing breast milk and he smirked while chugging his shake and wiping his milk moustache. 'What?! Did you just drink it?' His only response was that it had the perfect temperature, was highly nutritious and blended perfectly with his protein shake. Pikes! Now I have seen porn where men have sex with lactating women and squeeze their milk all over their faces. But this real-life version was far from horny. It felt like incest! Of course it wasn't, but it felt like it. My boy was already living up to his promise of making this trip memorable! Now each time I had to express during the trip, I hid the bottle from the gym- going, protein shake-drinking, breast milk-stealing freak.

Ayushmann and Tahira have been married for over 12 years. The two are parents to son Virajveer and daughter Varushka. Ayushmann Khurrana shares photo of Tahira Kashyap's Marilyn Monroe moment as she poses in a skirt in...