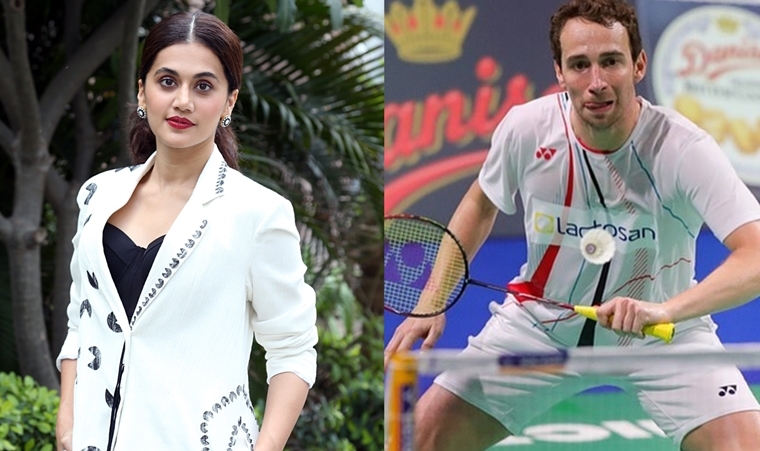 Taapsee Pannu’s love life made headlines since she started dating Danish badminton player and Olympic Silver medallist Mathias Boe. The actress has often maintained that she is extremely proud of her relationship status, and is happy with the person she is with.

In a recent interview with Pinkvilla, Taapsee revealed that she doesn’t always talk about her relationship since it takes away from her credibility as an actor, and all the achievements she has received as a hard working woman. The Mulk actress said, “I don’t want to hide anything from anyone. I’m very proud to accept the presence of someone in my life. But yes, at the same time, I wouldn’t only talk about it for the headlines because then it takes away from my credibility as an actor and what I have achieved in all these years by working hard.”

Pannu further added that her parents and sister Shagun are supportive of her dating Mathias. She stated, “They like the person who I’m with. Else it won’t work for me.”

Taapsee was last seen in Anubhav Sinha's Thappad. Furthermore, she will be seen in Aanand L Rai's murder mystery with a twisted love story titled, Haseen Dillruba. Taapsee also features in Prakash Raj directorial Tadka, alongside Ali Fazal. The film is a remake of the Malayalam hit Salt N’ Pepper, and was said to have run into legal trouble over the IP rights of the venture. 'Slap scene shot over 7 takes': Taapsee wins hearts with her performance once again as 'Thappad'...

Pannu will also be essaying the role of an athlete in Rashmi Rocket. The film will revolve around a sprinter Rashmi, who hails from Kutch and how the villagers called her Rocket. When she finally receives an opportunity to showcase her talent, she has to face many hurdles. Directed by Akarsh Khurana, this is not based on any real-life sports personality.

Besides that Taapsee will step into the shoes of Indian cricketer Mithali Raj in the upcoming film Shabaash Mithu. She has also reportedly signed the Indian adaptation of 1998 German thriller, Run Lola Run that continues to be one of the most interesting cult classics. The actress will be joined by Tahir Raj Bhasin. The film is titled Looop Lapeta.