"Rashmi Rocket" is set to be released on ZEE5 on October 15.
FPJ Web Desk 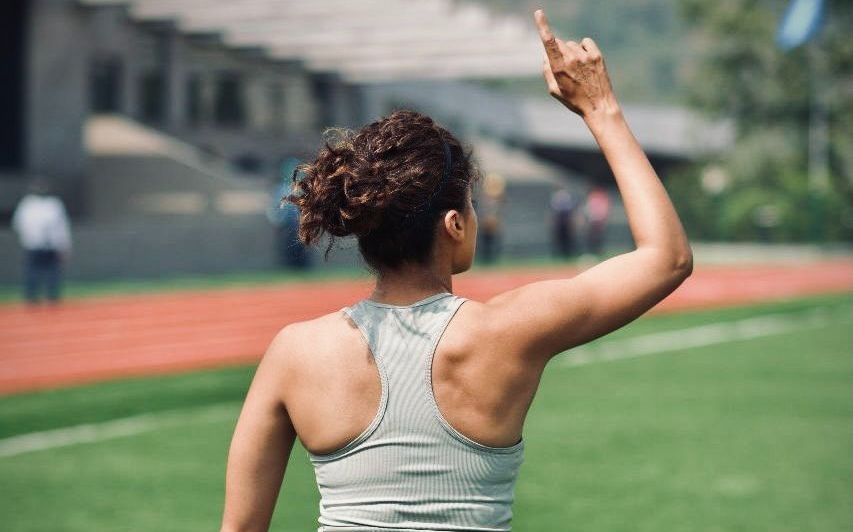 Bollywood actress Taapsee Pannu strives to give her best in everything she does and proof of the fact was her post from training sessions of upcoming film "Rashmi Rocket".

On Sunday, Taapsee took to the photo-sharing application to share a picture in which she is seen standing in a field with her well-toned back muscles visible in the photograph.

While netizens heaped praises on Taapsee for her "amazing" physical transformation for the role, a tweet asking people to guess the person in the picture received a comment which read, "Ye Mard Ki Body Wali sirf @taapsee Hi Ho Sakti hai."

Reacting to the same, Taapsee quote-tweeted, “All I will say is…. Just remember this line and wait for 23rd September :) And advance mein THANK YOU I really worked hard for this compliment.” 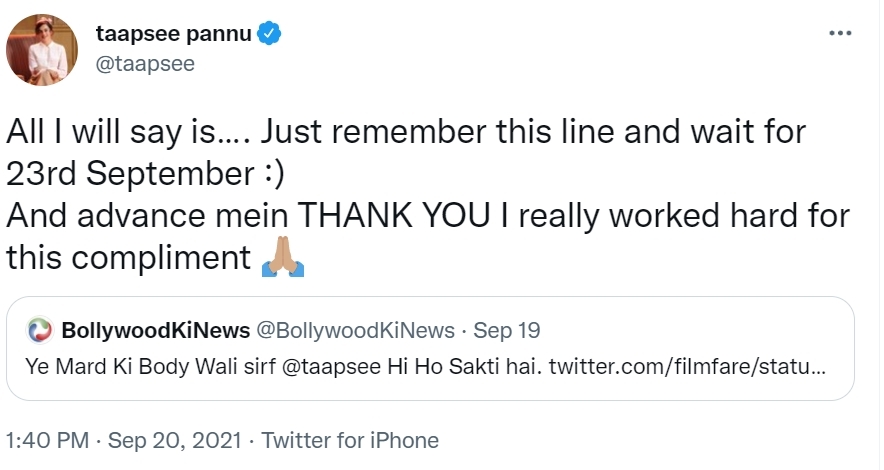 "Rashmi Rocket" is set to be released on ZEE5 on October 15.

Set in Kutch, Gujarat, "Rashmi Rocket" stars Pannu in the title role of a gifted athlete. The film is produced by Ronnie Screwvala's RSVP and Mango People Media. "Karwaan" helmer Akarsh Khurana has directed the movie, based on an original story by Nanda Periyasamy.

"The story follows the tale of 'rocket', who finally gets the chance to realise her dream and compete professionally, only to realize that the race to the finish line is peppered with many hurdles. What seems like an athletic contest turns into her personal battle for respect, honour, and even her very identity," a synopsis shared by the streamer read.

Calling "Rashmi Rocket" a "special film", Pannu said she has been fascinated with the subject ever since she heard its one-line story idea in Chennai.

She said, "I've always been approached when either the script or the director is ready to make the film but one line of this story fell in my lap in Chennai and then from there to it becoming a full-fledged film has been a feeling I haven't experienced with any other film before.”

"Everyone was just so sure about the story from day one that it was never a tough job to convince any of the stakeholders to join hands and give their best for this film. Hence the result of this film will affect me a lot more than my other films," she added.

The film is written by Periyasamy, Aniruddha Guha and Kanika Dhillon.