'Sympathy goes to the girl in the end': Taapsee Pannu reveals why A-list actors refrain from sharing screen space with her

The 'Pink' actress said that the only men who agree to a role in a female-led project are the ones still climbing the ladder.
FPJ Web Desk 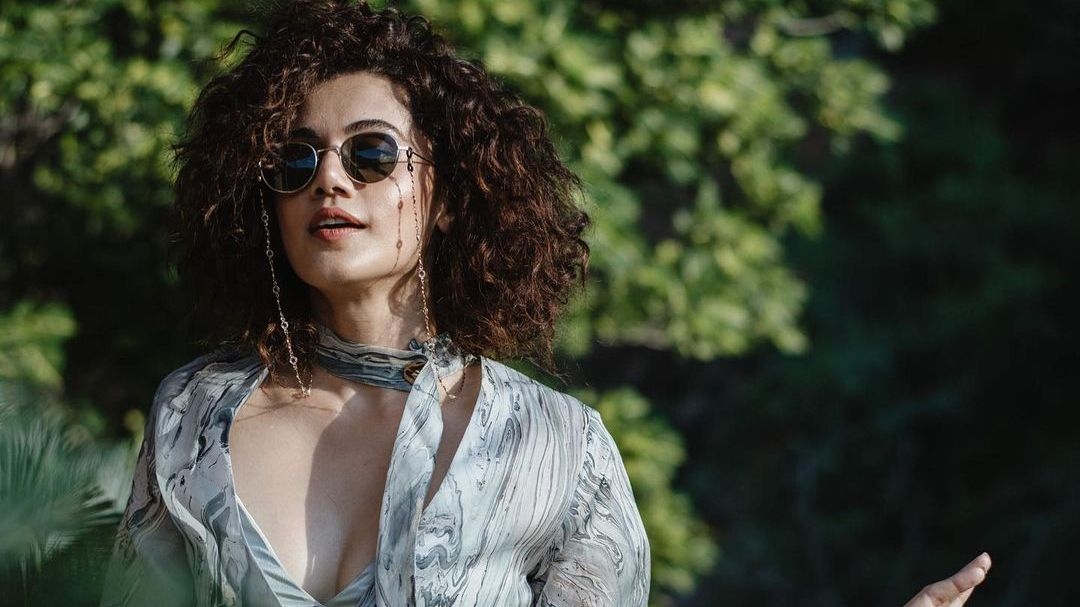 Bollywood actress Taapsee Pannu recently opened up about how popular male actors refrain from sharing screen space with her.

She also said that even the new actors do not want to act in her movies. The 'Pink' actress said that the only men who agree to a role in a female-led project are the ones still climbing the ladder.

Taapsee added that every time she sits down with the producers over a list of the top five actors shortlisted for her films, those top five actors are the ones who have done just one or two films.

Opening up about the excuses that the male actors make for not working with her, Taapsee said that an actor refused to do a film (in which she had a double role), saying ‘Ek Taapsee ko sambhalna mushkil hota hai, yahan toh do hain’. Watch Video: Taapsee Pannu replies to 'Kaun Banega Crorepati 13' contestant who has a crush on her

Taapsee also said that there was another actor who was offered a film with her and they had worked together before. However, the actor said that he didn't want to do the film because 'the sympathy goes more to the girl in the end.'

During the interaction, Taapsee also stated that she was pleasantly surprised when she first found out that megastar Amitabh Bachchan would be part of 'Pink' because she never thought that a big star would agree to the part.

Meanwhile, on the work front, Taapsee was recently seen in Akarsh Khurana’s 'Rashmi Rocket'. She will also be playing the lead in Aakash Bhatia’s 'Looop Lapeta', a remake of cult-hit German film Run Lola Run.

Taapsee is currently working on 'Shabaash Mithu', in which she will essay the role of cricketer Mithali Raj. She also has 'Blurr' and 'Woh Ladki Hai Kahaan' with Pratik Gandhi in the pipeline. Video: Check out Taapsee Pannu's reaction after Kapil Sharma teases her for doing too many sports...