Taking to his Facebook handle, Sushant's sister Shweta Singh Kirti penned a new year message for his fans on his behalf
ANI 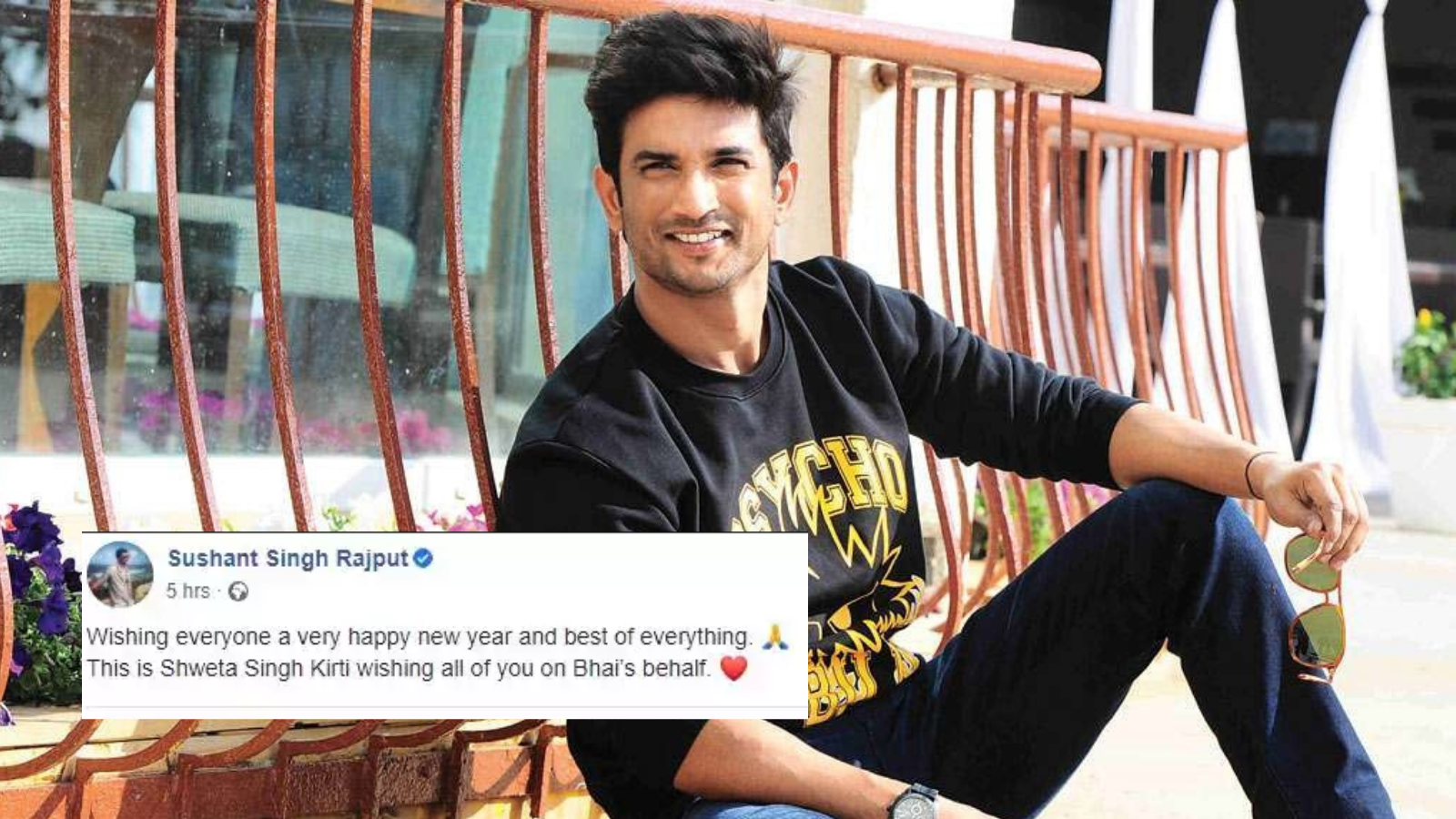 Taking to his Facebook handle, Sushant's sister Shweta Singh Kirti penned a new year message for his fans on his behalf.

"Wishing everyone a very happy new year and best of everything. This is Shweta Singh Kirti wishing all of you on Bhai's behalf," she wrote.

Sushant, who was fondly known for portraying diverse roles with perfection, died at 34 by alleged suicide in his apartment on June 14, 2020. It's been more than a year, but the nation still continues to feel the void left by the late actor.

The Narcotics Control Bureau (NCB) has also been probing the drugs angle in the actor's death case after it received official communication from the Enforcement Directorate (ED) which found various chats related to drug consumption, procurement, usage, and transportation.

The ED had on July 31, 2020, registered an Enforcement Case Information Report in the late actor's death case after a First Information Report (FIR) was filed by Sushant's father KK Singh against actor Rhea Chakraborty in Bihar on July 28.