"Dil Bechara" is the official remake of 2014 Hollywood romantic drama "The Fault in our Stars".
IANS 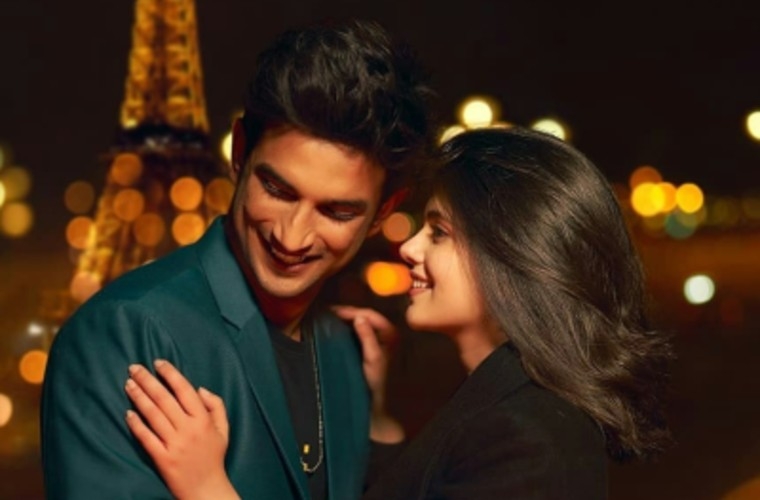 Mumbai: The late Sushant Singh Rajputs last film "Dil Bechara" will premiere on the OTT platform Disney+ Hotstar, on July 24. "Sushant was not just the hero of my debut film as a director, but he was a dear friend who stood by me through thick and thin. We had been close right from 'Kai Po Che' to 'Dil Bechara'," said the film's director Mukesh Chhabra.

"Dil Bechara" is the official remake of 2014 Hollywood romantic drama "The Fault in our Stars", based on John Green's popular novel of the same name. Budding actress Sanjana Sanghi stars opposite Sushant in the film.

"He had promised me that he would be in my first film. So many plans were made together, so many dreams were dreamt together but never once did I ever imagine that I would be left alone to release this film. He always showered immense love on me while I was making it and his love will guide us as we release it," Chhabra added.

The film will see Saif Ali Khan in a cameo. Composer AR Rahman and lyricist Amitabh Bhattacharya have collaborated to create music for the project.

Sanjana shared the news on her social media, writing: "A story of love, of hope, and of endless memories. Celebrating our dearest, and the late #SushantSinghRajput 's legacy that will be etched in the minds of all and cherished forever."

Talking about the decision to release it digitally, Uday Shankar, president, The Walt Disney Company APAC and Chairman, Star and Disney India, said: "We are humbled to be able to play a small part in sustaining the legacy of a fine actor like Sushant Singh Rajput. In celebration of his life and his extraordinary work, 'Dil Bechara' will be available to all subscribers and non-subscribers across India."