She called it a 'piece of heaven' as she shared a photo of herself enjoying the view of the Mumbai skyline from the pool.
FPJ Web Desk 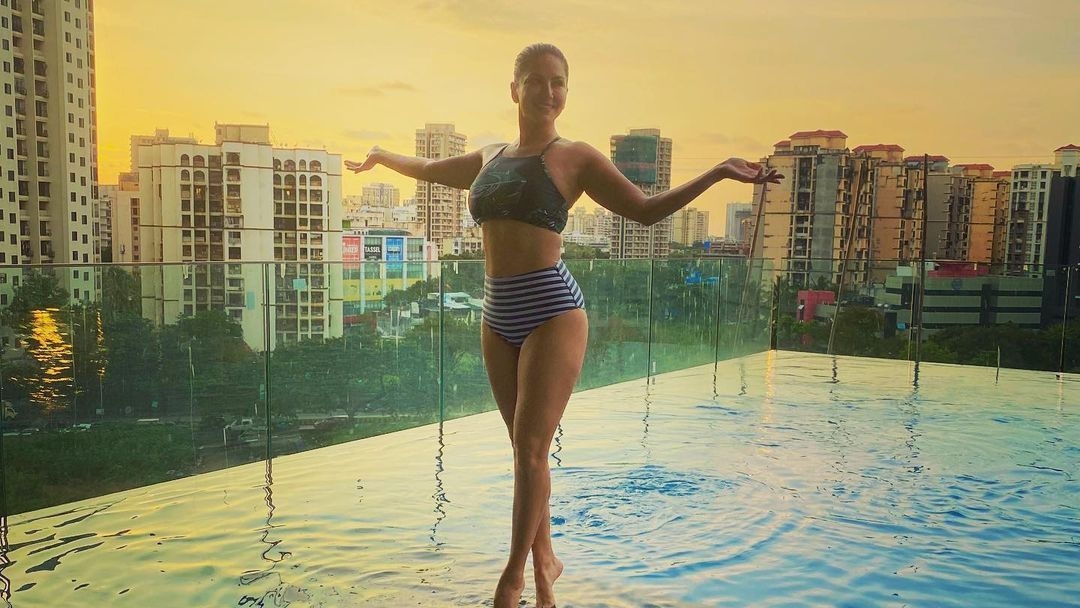 Bollywood actress Sunny Leone, who moved into her new home in Mumbai in July, took to Instagram on Monday to share a picture from her terrace pool.

She called it a 'piece of heaven' as she shared a photo of herself enjoying the view of the Mumbai skyline from the pool.

"And let Mumbai nice weather begin! Feeling blessed to have a piece of heaven right in our home," Sunny wrote.

In the photo, the actress can be seen in blue and black striped swim wear, striking a pose with her arms stretched wide. Take a look at her stunning photo here:

Sunny enjoys a massive fan following on Instagram and often shares happy moments and snippets from her daily life with her fans and followers.

In July, the actress had shared a bunch of photos of her family as they moved into their new home in Mumbai. In one of the pictures, her husband Daniel Weber is seen carrying Sunny in his arms as they entered the house.

In another image, Sunny, Daniel and their kids, Nisha, Noah and Asher, can be seen enjoying a pizza party on the floor.

Meanwhile, Sunny recently completed shooting for her first multilingual film, which is titled 'Shero'. Helmed by Sreejith Vijayan, the psychological thriller will be released in Malayalam, Telugu, Tamil and Hindi.

Reportedly, she will also be playing a major role in cricketer-actor Sreesanth's Bollywood debut film 'Patta'.