Suhana Khan stuns in sunkissed photos; Ananya Panday, Shanaya Kapoor are all hearts for her first post of 2022 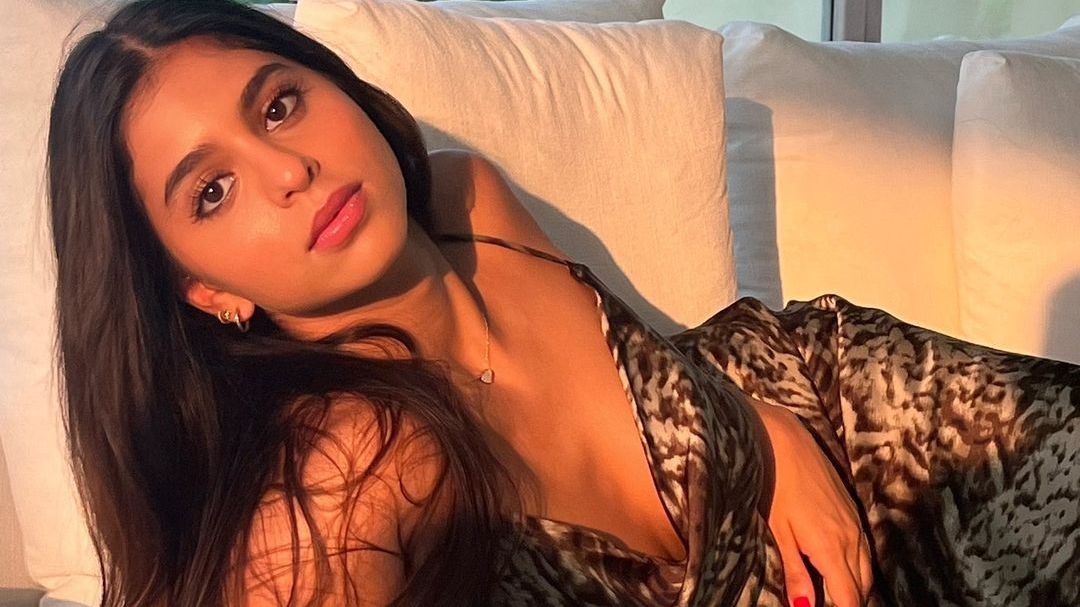 Shah Rukh Khan and Gauri Khan's daughter Suhana Khan is getting a whole lot of love from her Instafam and BFFs Ananya Panday and Shanaya Kapoor for her latest post on instagram.

The star kid often shares her mesmerising pictures on the photo-sharing app and she never fails to make headlines for her stunning uploads.

In the latest photos, Suhana can be seen posing during the golden hour as sunlight filters in through her windows.

Suhana wore an animal print dress with minimal make-up. Her lustrous hair is adding oomph with the honey-glazed highlights stealing the show.

She was seen lying on a white couch and striking different poses for the camera. Sharing the post, Suhana wrote, "Wait lemme pose for u."

Moments after she shared the photos, Ananya commented, "Glg" with a heart-eyes emoji. She was perhaps hinting at how Suhana is 'glowing' in the photos. Shanaya wrote "Sue" with a bunch of heart emojis.

The star kid returned to New York back in January 2021 after the lockdown and resumed her studies at the New York University. It was in 2019 that she had enrolled in the university.

Ever since she moved to New York, Suhana has been sharing glimpses of her life in the city.

Meanwhile, on the work front, Suhana intends on pursuing acting in Bollywood. While details about her debut are not known yet, she has featured in a number of plays, including an adaptation of William Shakespeare’s Romeo and Juliet in London.

She also starred in a short film titled 'The Grey Part of Blue.'