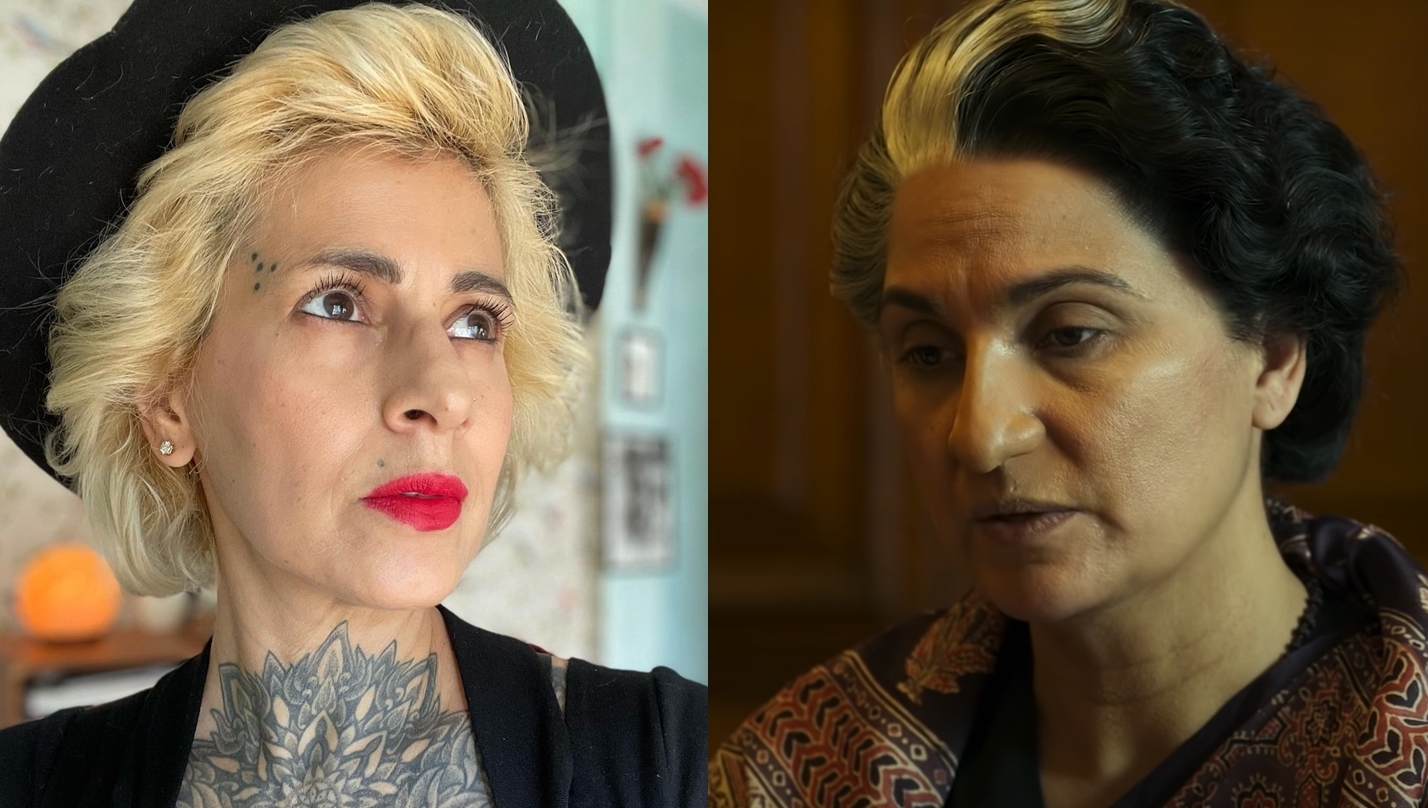 Bollywood actress Lara Dutta, has been garnering praise all over social media for her epic transformation as former Prime Minister Indira Gandhi in the upcoming film “Bell Bottom”. While netizens lauded the makeup artist, even to the extent of demanding a National Award, celebrity hairstylist Sapna Bhavnani begs to differ.

Sapna, who is best known for working with celebrities such as Priyanka Chopra, Katrina Kaif, Bipasha Basu, Hrithik Roshan, Mahendra Singh Dhoni, Virat Kohli, and John Abraham, to name a few, responded to a comment on Twitter that read, “Lara Dutta as Mrs Gandhi in #Bellbottom. Wow. (Also, why?) Impressive make-up and prosthetics, not at all overdone.”

She wrote, “Such a bad wig though can see the lining of it. But of course, you wouldn’t as you’re not a hair person. We haven’t come close to mastering hair yet. See this white glaring wig line ... natural hairlines are not like this at all.”

The makers of “Bell Bottom launched its trailer on Tuesday.

The media persons who were invited to cover the event were at a loss trying to figure out the character played by Lara Dutta in the 1980s set spy thriller, headlined by Akshay Kumar.

The film's trailer, which opens with a disclaimer, begins with an Indian airplane being hijacked with all of its passengers being taken hostage in 1984.

In the next scene, the then Prime Minister Indira Gandhi is seen consulting with her advisors for a possible way to tackle the crisis.

She is then referred to Kumar's character, a RAW operative, code named 'Bell Bottom'. The rest of the trailer focuses on the covert operation pulled off by his character.

During the press conference post the trailer launch, Dutta was asked about the character she portrays in the film.

The actor initially asked members of the media to guess the character.

"If anyone is able to guess, then I will take all their family members free to the theatres," she promised.

After much prodding, even by Kumar, Dutta said, "So you did see me in the trailer. I'm playing Mrs Indira Gandhi. That's me." The former Miss Universe revealed that she received a call from the makers about playing the former PM in the movie.

"All it took was a call and they said that Lara this film is being made and we are casting for Indira Gandhi's role. It was before I heard the script...

"But yes, of course, there is a great responsibility when you're portraying somebody who is an iconic figure like her," she said.

It was a challenge to get the body language of the character right, added Dutta.

"As you all know that the film deals with a hijack situation that happened during her tenure. Given the dramatic events that were unfolding, she was somebody who was very centered and not prone to any dramatics. So, it was important to portray her in that form.

"I had a great time. There was a lot of homework and research that went behind it. But it was an opportunity of a lifetime that I'm thankful for," she added.

The movie will be released in theatres on August 19.