On Instagram, the 'Hungama 2' actress shared a video in which she requests 'Spidey' to get her the tickets
FPJ Web Desk 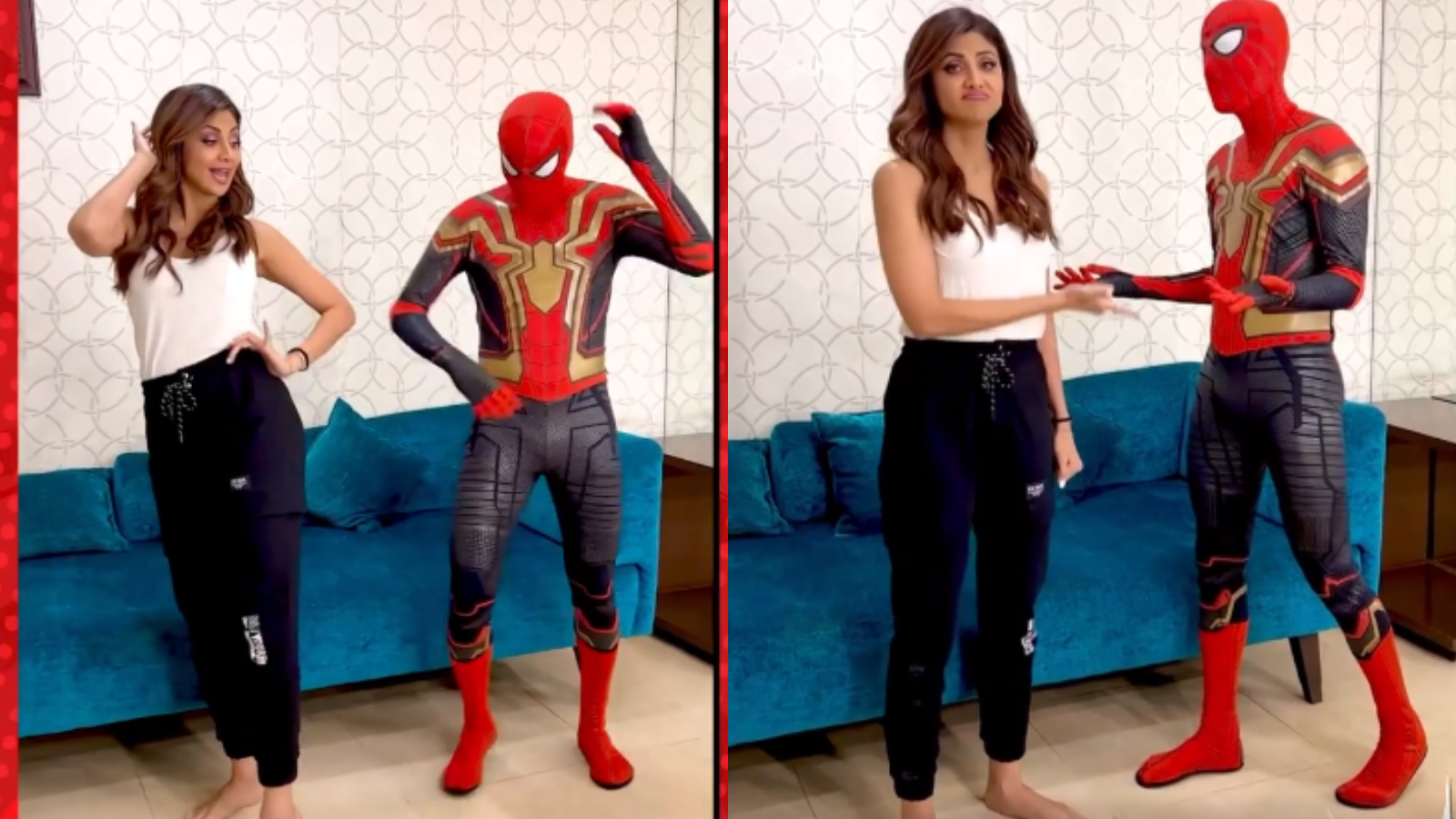 Just a day before the release of 'Spider-Man: No Way Home', Bollywood actress Shilpa Shetty Kundra shared a hilarious video in which she can be seen trying to get the tickets to watch the film.

On Instagram, the 'Hungama 2' actress shared a video in which she requests 'Spidey' to get her the tickets.

For those unversed, the much-awaited MCU film premieres in India on December 16, a day before its worldwide release on December 17. Since the tickets sale went live in India, slots have been filling up in no time and shows in multiplexes have been slotted as early as 5 am given the demand for the film.

The video starts with Shilpa entering her room while looking online for the tickets. She then exclaims that they were all sold out and gets startled to see a person in a Spider-Man costume in her room.

“Ek ticket mere baba ke liye de na baba,” she pleaded with him. She then offered him a barter deal - she will teach him something in exchange for a ticket. After Hungama 2 and Nikkamma, is there a new film project on the cards for Shilpa Shetty?

The actress then teaches him a few dance steps, including the signature step of 'Chura Ke Dil Mera'. However, even after learning a few steps from Shilpa, Spidey was unable to help her.

“Ticket nahi doge toh there’s no way home for me,” Shilpa exclaimed, adding, "Viaan (her son) is going to kill me. Give me a ticket, Spider-Man."

"With great power comes great responsibility, Spidey! And, it’s your responsibility to get me the tickets lest there’s No Way Home for me because I couldn’t find them on the web," Shilpa captioned her post.

Take a look at her hilarious video here:

Meanwhile, on the work front, Shilpa recently travelled to Riyadh for the Da-Bangg: The Tour along with Salman Khan, Aayush Sharma, Jacqueline Fernandez, Prabhudeva, Saiee Manjrekar, Guru Randhawa and others.

She was last seen in ‘Hungama 2’ co-starring Paresh Rawal, Meezaan and Pranitha Subhash in lead roles. The actress will next be seen in Sabbir Khan’s ‘Nikamma’ with Abhimanyu Dassani and Shirley Setia.