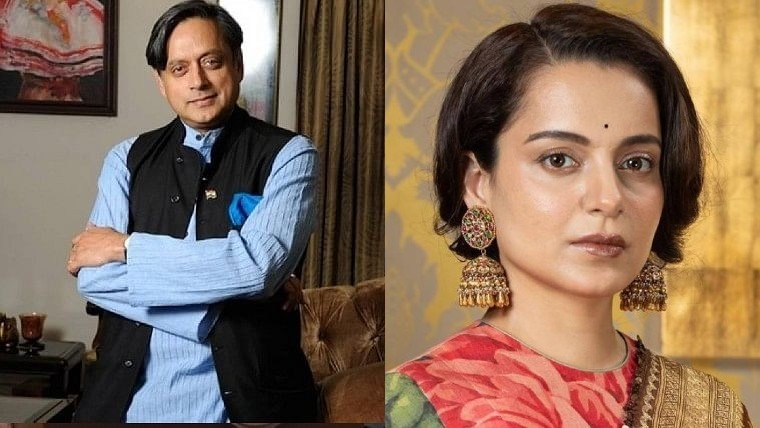 Reacting to Bollywood actress Kangana Ranaut's recent "bheek" remark, senior Congress leader Shashi Tharoor on Thursday said she needs to read up on history as "she has no clue". The Thiruvananthapuram MP said it was "ridiculous" for the 'Manikarnika' actress to even talk about the freedom movement involving begging from the British.

"I think she needs to read a history a little bit. I don't think she has a clue, unfortunately, if she really thinks that Mahatma Gandhi was going out with a begging goal when he was a man of tremendous pride and distinction who told the British your law is unjust I am breaking your law. Punish me as you wish...I'll take your punishment. Is that the act of a beggar," Tharoor told NDTV.

"I mean, it is ridiculous for her to even talk like that about the freedom movement involving begging from the British when in fact it was an act of tremendous courage, moral rectitude, and great fortitude in handling and the strength that these people needed to show," he added.

"Imagine going defenseless and having those lathis rain down on you. Lala Lajpat Rai died from a lathi charge...hitting his head in a non-violent demonstration. That takes far more courage than going with a gun to shoot somebody and then being shot back," the Congress leader further said.

For the unversed, Kangana Ranaut had recently made a statement wherein she claimed that India did not gain independence in 1947, that India - in 1947 - was bestowed with alms (“woh Azaadi nahi thi, woh bheek thi”), and that the nation’s real independence was achieved in 2014. Later, she also mocked the father of the nation, Mahatma Gandhi, by saying that offering ‘the other cheek’ gets one ‘bheekh’, not freedom.