The voice behind popular film 'Baahubali', actor Sharad Kelkar is celebrating his 45th birthday on October 7.Here are some doting dad moments of the actor
FPJ Web Desk 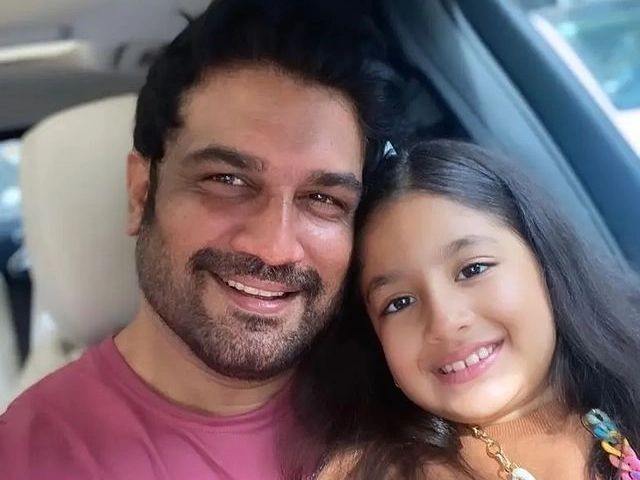 Actor Sharad Kelkar is known for his versatility as an actor. He gained a immense popularity for his voice as 'Baahubali'. He has appeared in many Hindi, Marathi films and has also been part of other regional films.

Sharad Kelkar was born on October 7, 1976, in Gwalior, Madhya Pradesh.

He started his career with the television show ‘Aakrosh’ which was aired on Doordarshan. He did many popular TV serials after that, the most famous one was ‘Saat Phere: Saloni Ka Safar’.

Sharad Kelkar tied the knot with his co-star Keerti Gaekwad on June 3. 2005. The couple were blessed with a daughter.

Actor Sharad Kelkar is celebrating his 45th Birthday on Thursday and here are some doting dad moments of the actor:

Sharad is just like a child when he is around his daughter. The father-daughter duo is having some fun time together here.

Sharad shared this picture on social media on Daughters' Day. The caption reflects the bond they share. Clearly his daughter means the world to him.

Sharad Kelkar treats his daughter like a princess and caring for her can never be enough. This beautiful picture of him massaging his daughter's head is so cute.

It's time for some dance! Sharad chose this idea to celebrate Father's Day.

This is one of the oldest pictures of Sharad with his daughter Kesha . He remembers it as his golden days.