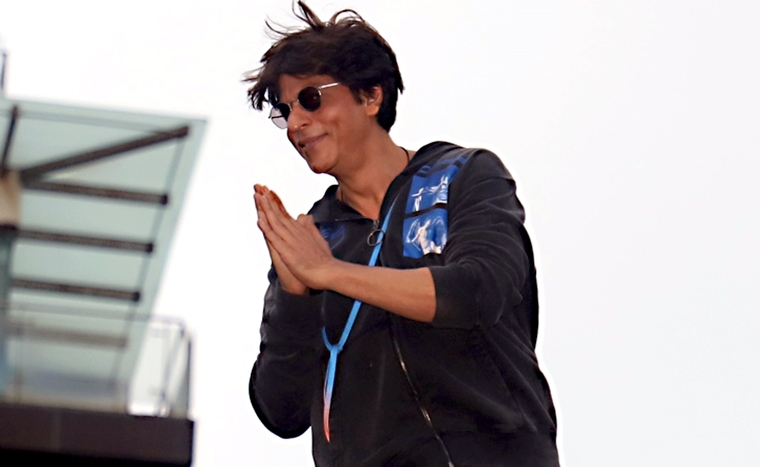 In the video, SRK is shown on the balcony of his Mumbai villa, surveying his fans gathered outside in their thousands. The actor takes pride in the fact that he has so many fans, unlike others, but his secretary, played by actor Rajesh Jais (who was last seen in the Disney+ Hotstar web series, 'Scam 1992'), pipes up to say that it may be true but "you never know about the future because all the actors now have their films released on OTT".

What the secretary meant was that the stars on OTT are meeting their fans in their homes. That changes SRK's expression because, according to KJo, he's struck by an attack of FOMO.

Taking the fun to the next level, KJo tweeted: "Never thought I'd see the day when even the Baadshah of Bollywood feels FOMO. Now I've seen everything!!"

Noticing the fun everyone was having at his expense, SRK replied to Karan's tweet with the cryptic comment: "Hmmmm... Picture toh abhi baaki hai... mere doston..."