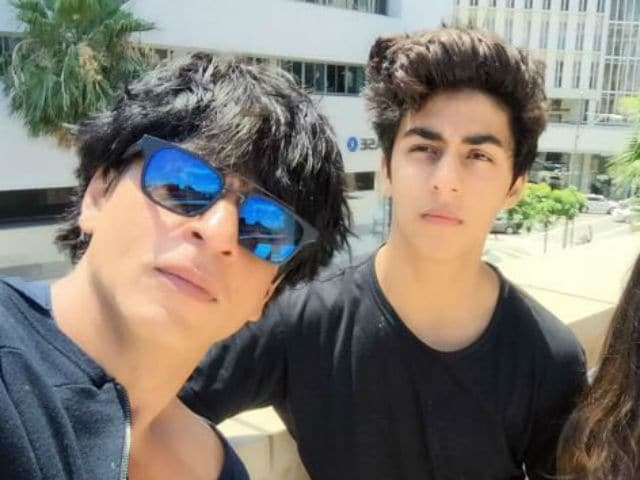 MUMBAI: A visibly happy and relieved SRK welcomed the court’s decision with his manager Pooja Dadlani and his legal team. According to former Attorney General Mukul Rohatgi, who represented Aryan Khan in the Bombay High Court, the actor greeted the news of bail with "tears of joy." The actor, Rohatgi told a news portal, had "given up all his professional activities".

"He has been very, very worried in the last three-four days that I was there and I'm not even sure whether he had proper meals. He was just having coffee after coffee. And he was very, very worried. And I could see a big sense of relief, yeah, on the father's face last time I met him," Rohatgi told NDTV in an exclusive interview.

In the first photographs that have emerged after the decision on bail, the actor was seen smiling with his team of lawyers. Lawyer Satish Maneshinde is leading the battery of lawyers hired to defend Aryan Khan. Later, Rohatgi steered the bail proceedings in the High Court. Aryan secured bail three weeks after his arrest.

SRK STATEMENT: A statement by the legal team read, “Aryan Khan has ultimately been released on bail by the High Court. No possession, no evidence, no consumption, no conspiracy, right from the first moment when he was detained on October 2, 2021. Nor is there anything as of now. We are grateful to the almighty that our prayers were accepted by Mr Justice Nitin Sambre and he granted bail to Aryan. Satya Meva Jayate. Satish Maneshinde and the legal team of Aryan.”

LET’S HAVE A BLAST

"For me, it is a regular case - to win some, to lose some. I am happy that he (Khan) has got bail’’ -- Senior counsel Mukul Rohatgi

"Thank God. As a father I am so relieved ... May all good and positive things happen" -- tweeted actor R Madhavan

"When time judges, then there is no need for witnesses (sic)” -- Sonu Sood on his Twitter handle

"I want to have a blast tonight (sic)" – tweeted filmmaker Hansal Mehta.

PS: Kiran Gosavi (NCB witness in the drugs-on-cruise matter), also an accused in a cheating case registered with Pune City Police, has been formally arrested.