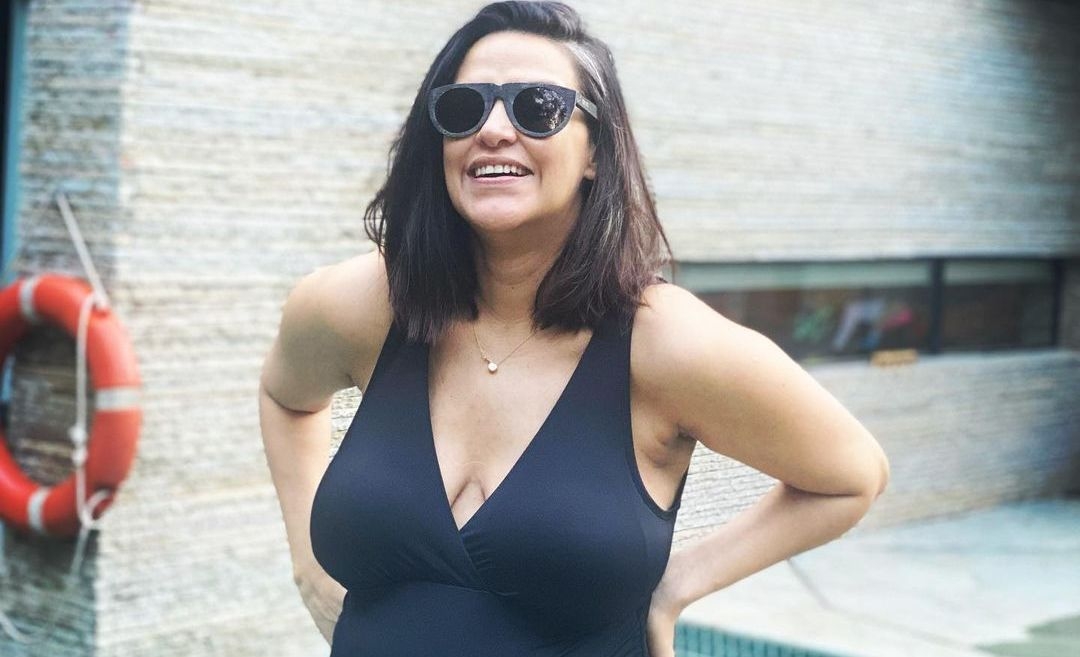 Bollywood actress Neha Dhupia, who is currently expecting her second child with actor Angad Bed indulged in some “me time” by the poolside.

Wearing a black monokini and shades, Neha captioned the post as “Pool party for two.”

Neha married Angad Bedi in May 2018 and welcomed their daughter Mehr just a few months later. The couple is now expecting their second child.

Back in August, Dhupia had opened up on battling COVID-19 during her initial pregnancy days.

After she and her actor-husband Angad Bedi learned that they’re expecting again, the duo tested positive for COVID-19. This meant stating away from their daughter Mehr who is only two-years-old, even though they opted for home quarantine.

Recalling the difficulties she faced as a mom, with a toddler in the house and an additional member in her tummy, Neha told Bollywood Bubble, “I had a mild version of Covid. But I had a very large version of fear. I had my mask on the whole day and I would sleep on the ground in a certain position staying away from Mehr because I am pregnant and I know there are certain ways of sleeping at that point but then she’ll be like, ‘But mama there is so much space on the bed, you sleep on the bed’ and I would try and tell her that there is a reason why I don’t even want to be close to her so we were working on too much caution and a lot of fear. But together we were very brave.”

On the work front, Neha will be seen playing the role of a pregnant cop Catherine Alvarez in the upcoming film, 'A Thursday', which features Yami Gautam in the lead role.