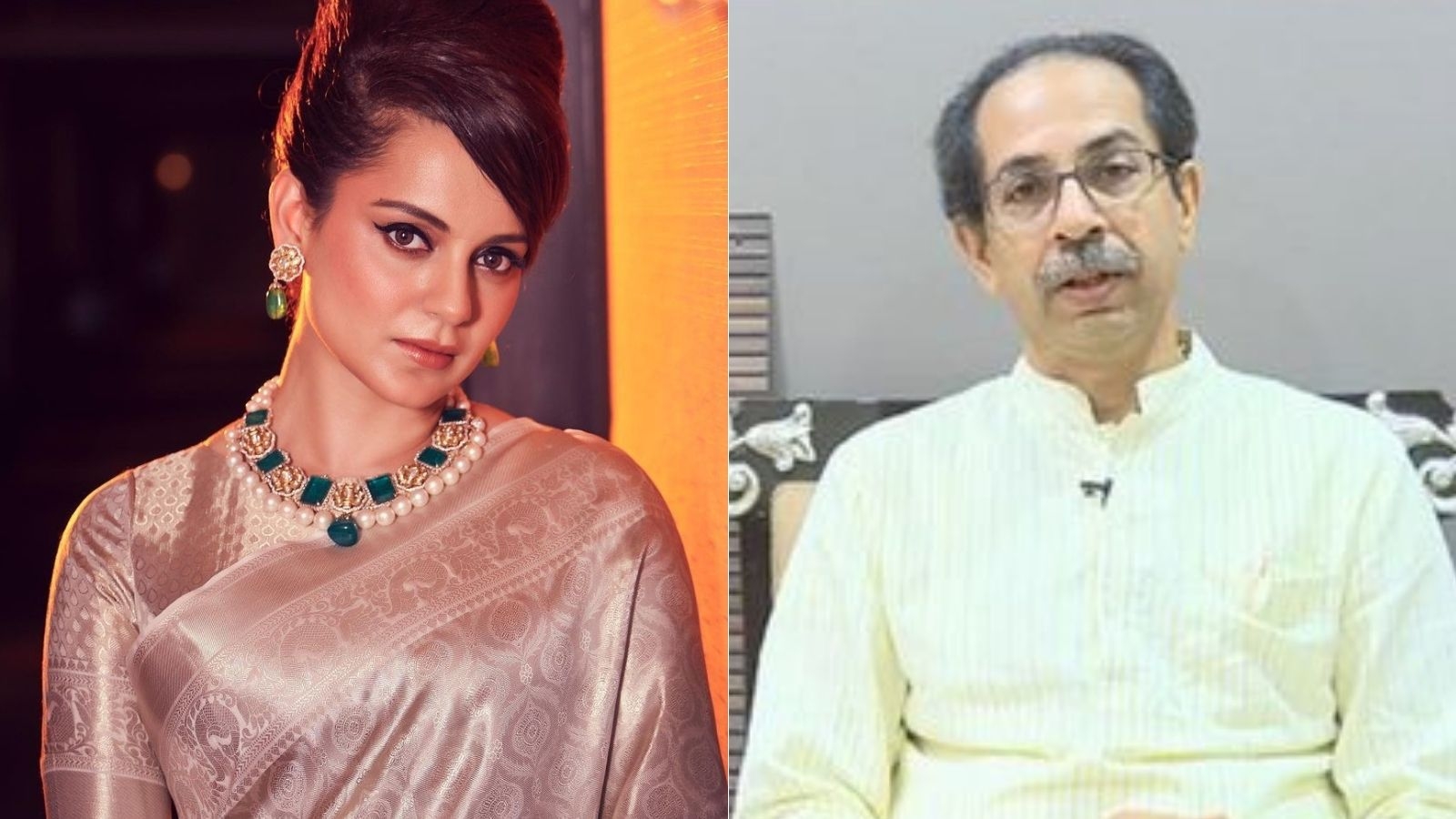 Ahead of the release of her most-awaited film 'Thalaivii', Bollywood actress Kangana Ranaut on Monday urged Uddhav Thackeray-led Maharashtra government to reopen theatres in the state.

Taking to Instagram, the actress, who is busy promoting her film, wrote that COVID-19 cases in Maharashtra have declined and the government should now support the theatre business.

"Cases in Mahatrashtra have decline. Requesting Maharashtra Government to #OpenUpCinemas in Maharashtra and save the dying film industry and theatres business," she wrote. 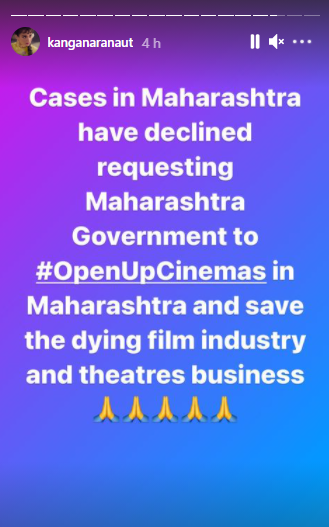 Earlier, major multiplex chains had refused to screen 'Thalaivii' on the film's theatrical release on September 10 due to the gap between its big screen and digital release.

However, multiplex chain PVR on Saturday finally gave the green light to screen Tamil and Telugu versions of Kangana's film.

In another post on Instagram, Kangana wrote on Monday, "Thalaivii is a theatrical experience hopefully Hindi multiplexes will also play it. I am confident it will bring audiences back to the theatres @pvrcinemas_official @inoxmovies." 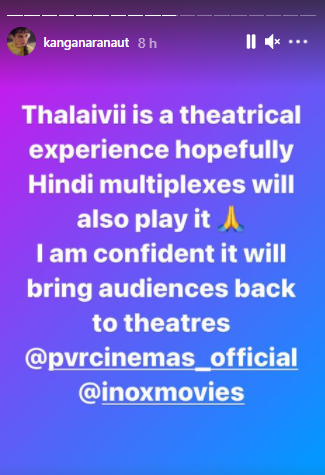 The film, which will be released in Hindi, Tamil and Telugu, showcases the varied aspects of late Tamil Nadu Chief Minister Jayalalithaa's life.

Helmed by AL Vijay, it traces her journey as an actress at a young age to becoming the face of Tamil cinema as well as the rise of the revolutionary leader that changed the course of the state politics.

Touted as one of the biggest Bollywood releases this month, Kangana's 'Thalaivii' has set high hopes as the film's trailer managed to fuel the anticipation among audiences.

Post 'Bell Bottom' and 'Chehre', 'Thalaivii' would be the third Bollywood project to get an exclusive theatrical release in India. 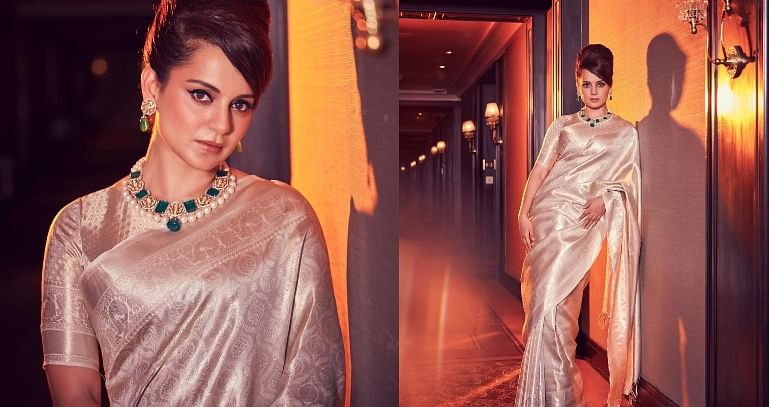 In Pics: A look at Kangana Ranaut's fashion lookbook for 'Thalaivii' promotions
Advertisement