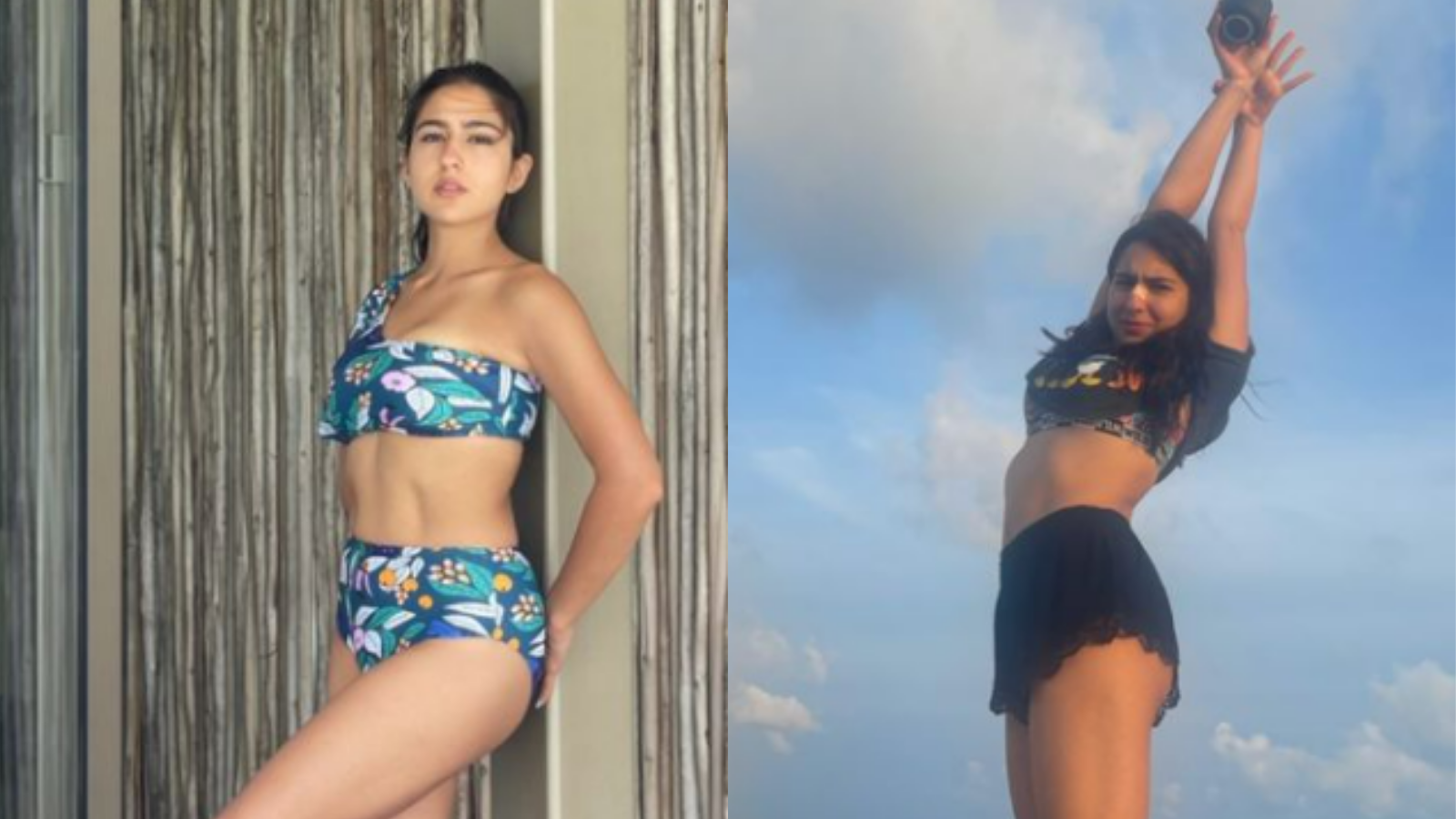 Last year, the actress went on several vacations, some with family, some solo and some where she was accompanied by fellow actresses Radhika Madan and Janhvi Kapoor.

Sharing throwback photos from one such vacation, Sara gave a hilarious take on Mondays.

She posted two pictures on her stories, one showed her posing in a printed ocean blue one-shoulder bikini set featuring tropical print with matching high-waisted bottoms and a messy ponytail.

The other seems to be a photo clicked just after the actor got out of her bed. Sara is seen wearing a multi-coloured printed bikini top teamed with a cropped hem T-shirt. She teamed it with solid black high waist mini shorts featuring a lace border on the hem.

The words “Monday mornings for Instagram - Somewhere in the sea”, were written on the click. She captioned the second photo, “Monday morning in reality - Still sleeping.” 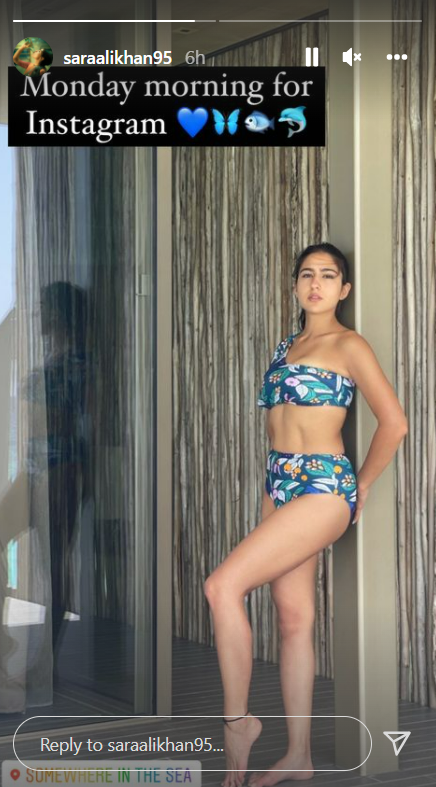 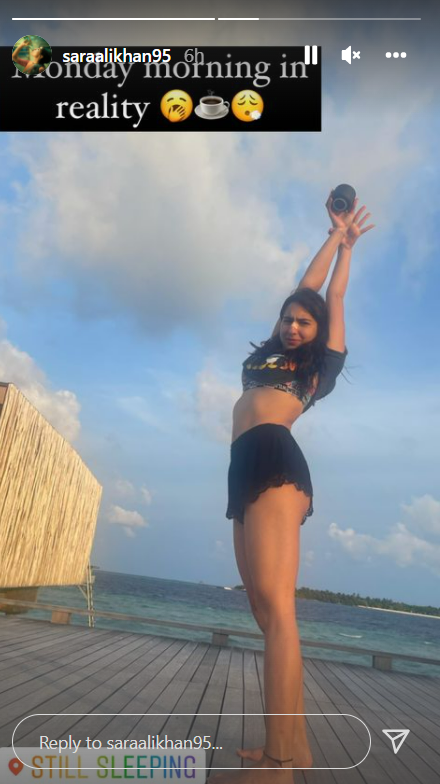 Meanwhile, on the work front, Sara was recently seen as Rinku in 'Atrangi Re' with Akshay Kumar and Dhanush.

She will next be seen in a yet-untitled film with Vicky. The film will be directed by Laxman Utekar. Recently, Sara and Vicky were snapped in Indore by fans when they were shooting for the film. Sara Ali Khan reveals Vidya Balan praised her after watching 'Atrangi Re': 'She said there was not a...