Taking to Instagram, Trishala gave her followers a sneak peek into her birthday celebrations
ANI 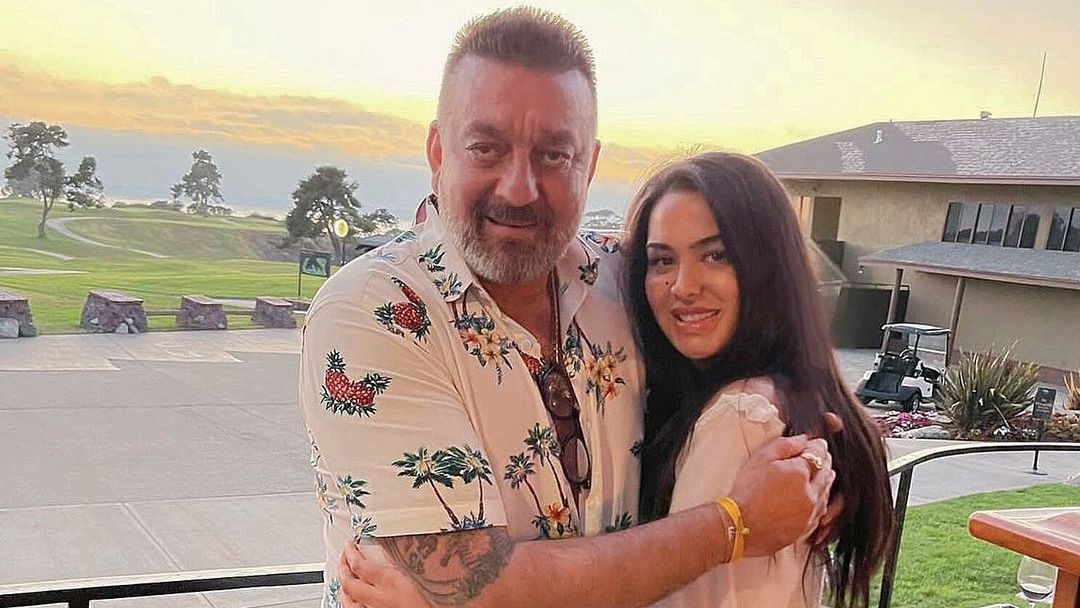 Actor Sanjay Dutt made sure to be with his daughter Trishala Dutt on her 33rd birthday.

Taking to Instagram, Trishala gave her followers a sneak peek into her birthday celebrations. In one of the stories, she posted a video of Sanjay casually chatting with someone as she used a funny filter on him.

Later, she even posted a heartfelt post for her father, thanking him to make her birthday special. 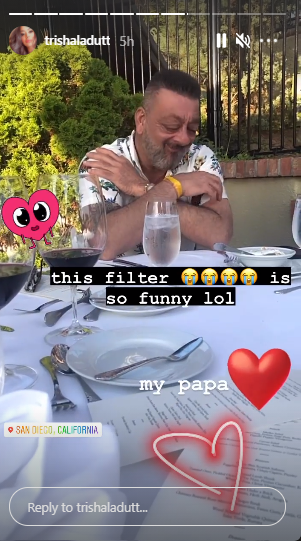 "Chapter 33 with my heart, my blood, and my soul - The sun, the moon, and all my stars [?] my Papa Dukes @duttsanjay - thank you everyone for the birthday wishes," Trishala wrote alongside an image of the two embracing each other. 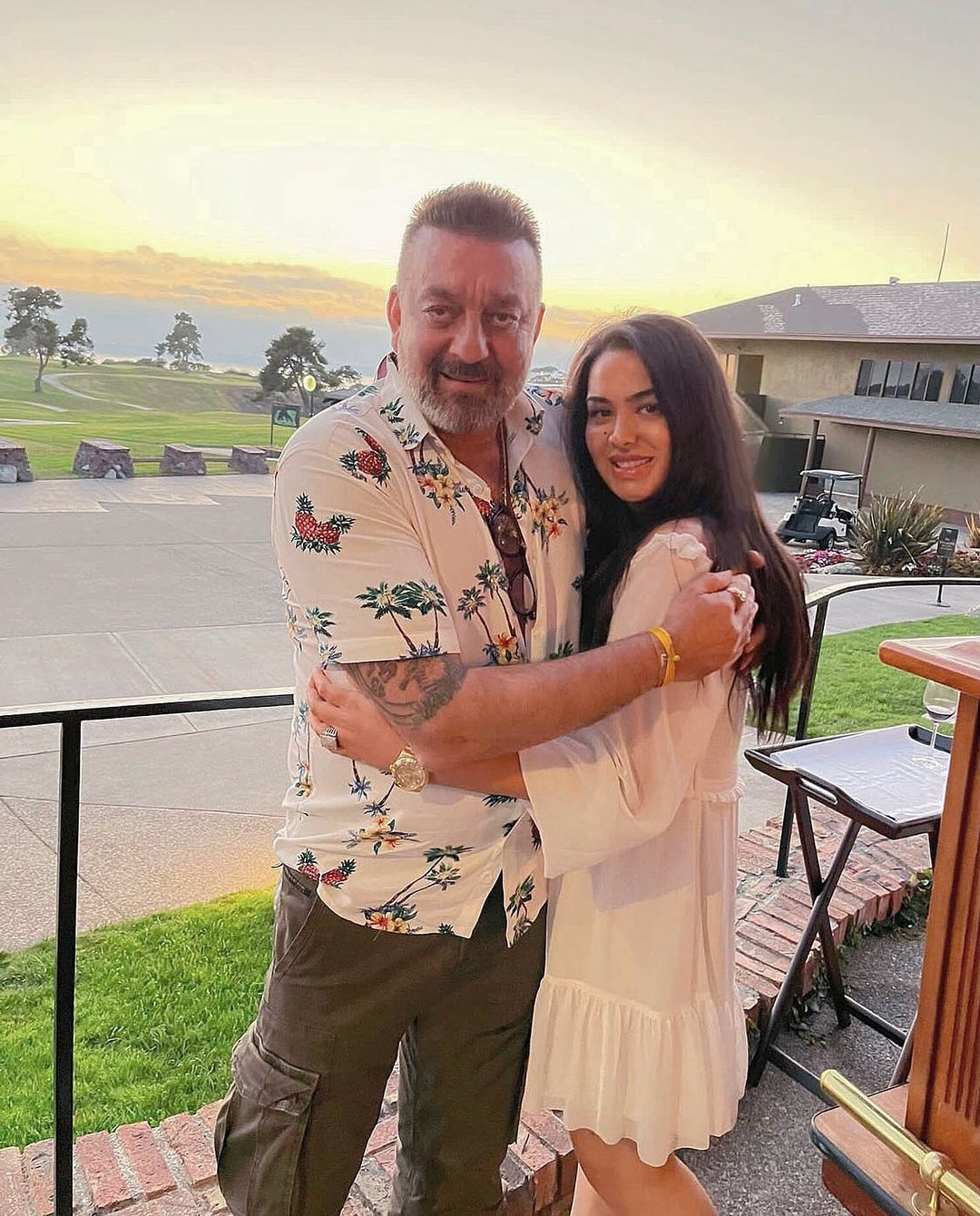 A day ago, Sanjay, too, penned a sweet note for Trishala on social media.

"Life gave me the most wonderful gift in the form of you when I became a father. Even though you live so far away, we know that our bond has just been growing stronger. Happy Birthday, my little girl," he posted.

For the unversed, Trishala is the daughter of Sanjay and late actor Richa Sharma, who died of brain tumour in 1996. The birthday girl was raised by her maternal grandparents in USA, where she currently stays.

Sanjay Dutt married Maanayata in the year 2008 and they are parents to twins-- Shahraan and Iqra. Sanjay Dutt pens adorable birthday wish for her 'little girl' Trishala: 'Life gave me the most...