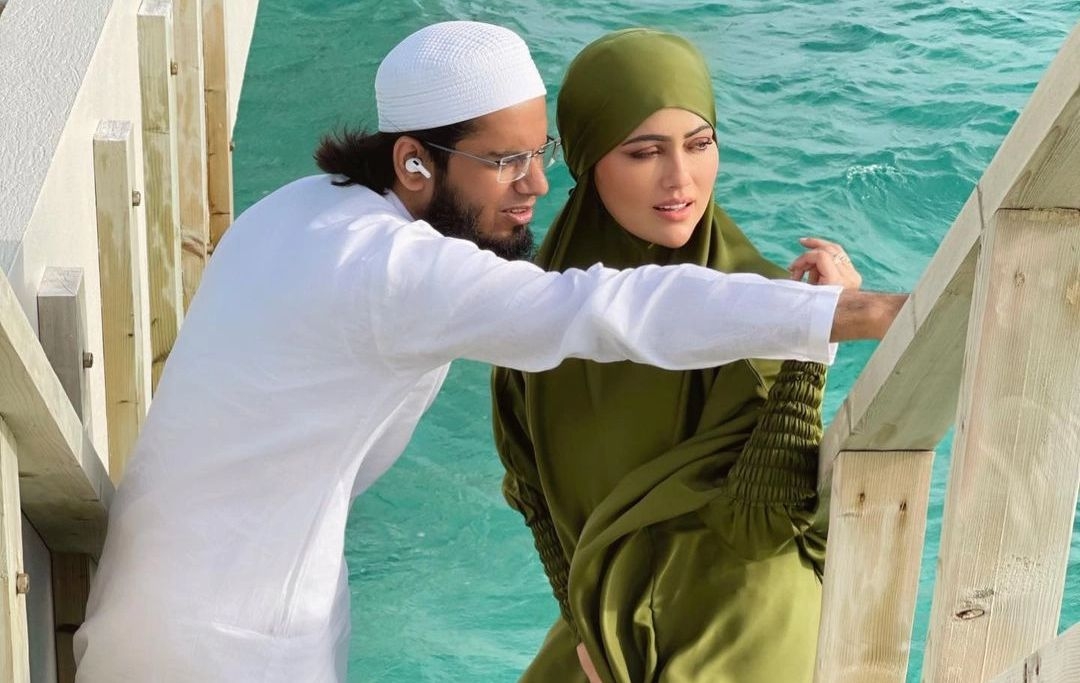 Sana khan is a former Indian Actress. She began her career with modelling and television. She was born on 21st August 1988 in Mumbai, Dharavi. Like many others even she struggled in her early days. But her hard work paid off. She has appeared in over 50 commercial advertisements.

People liked her in the reality show, and she became one of the finalists in the season 6. Her equation with Salman Khan gave her a role in the movie ‘Jai Ho’. She has also worked in two web series, namely Zindabad in 2018 and Special OPS in 2020.

On 8th October 2020, she made headlines with her Instagram post. The post stated that she is quitting the entertainment industry and would serve humanity and follow her creator. Many were in a state of shock.

Later, on 21st November 2020, she married an Islamic Scholar Mufti Anas Saiyad. Ever since most of her pictures with her husband went viral.

On Sana Khan’s 33rd birthday, here are some of her beautiful pictures with husband.

Her pictures on Instagram with husband Mufti is loved by her fans. 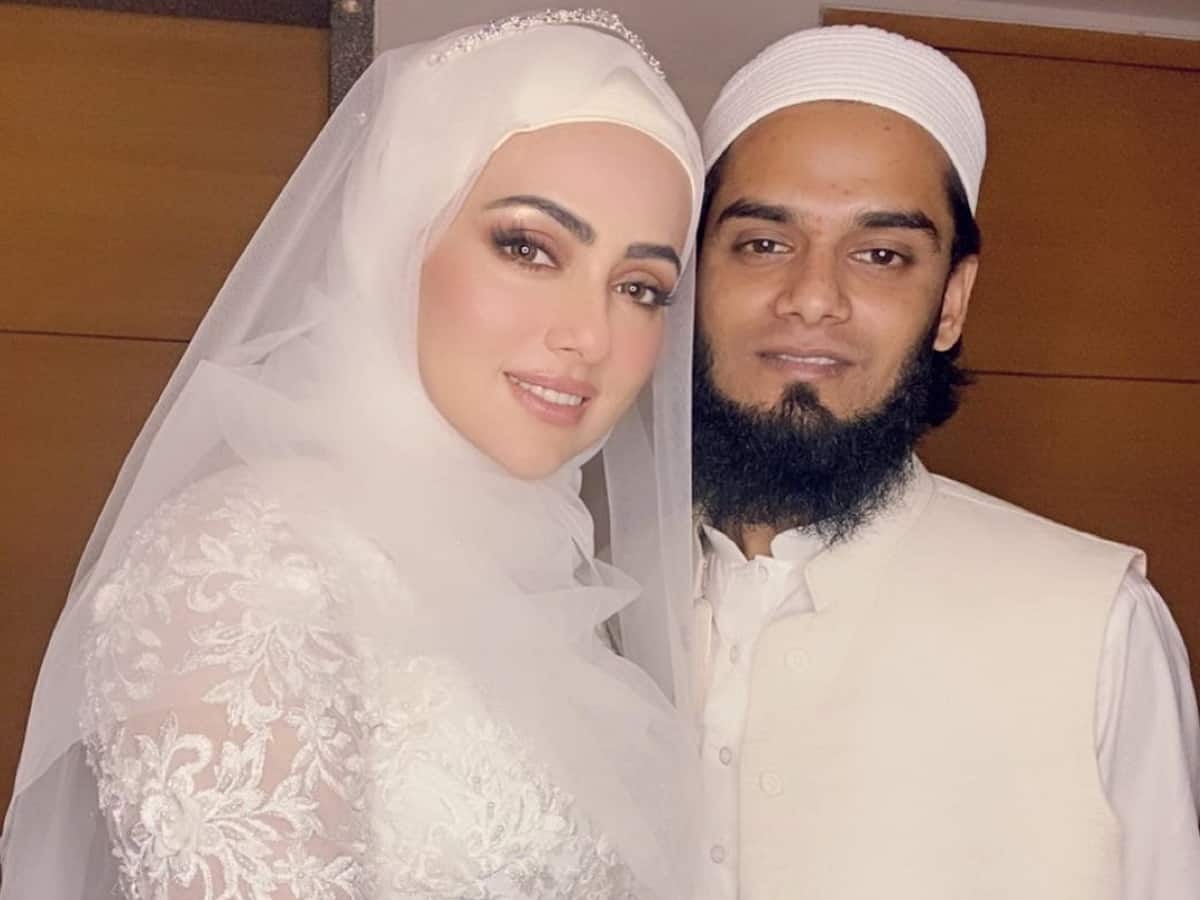 The blue ocean with the loved one is a delight. Sana had a joyful time spending in Maldives with her husband.

Sana enjoying the snowfall at Kashmir with husband Mufti Anas resembles how happy she is with her Husband. 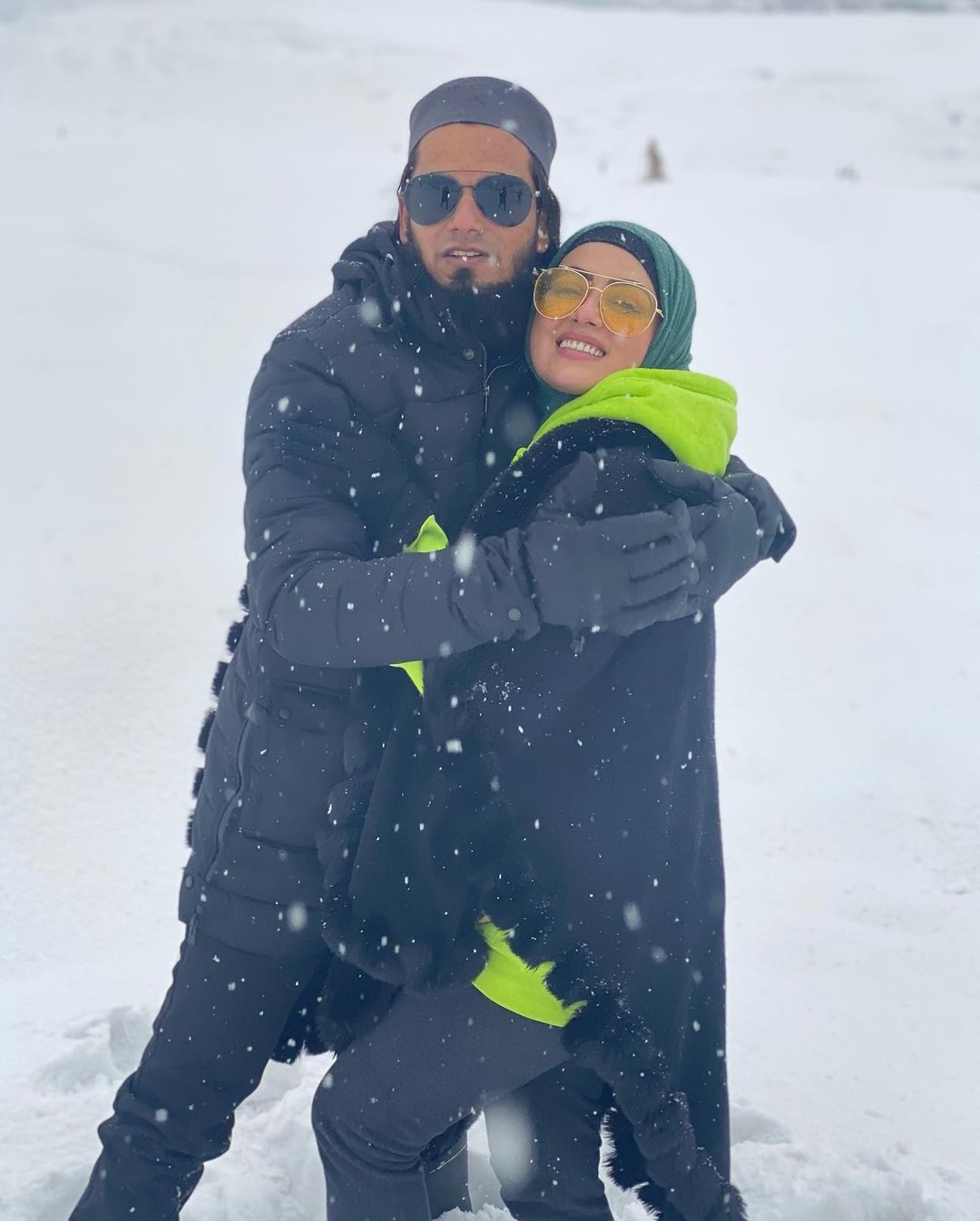 Sana celebrating the 75th Independence Day with her husband.

This is another picture of the couple from Maldives .Sana living her bubble life to the core.

This is an adorable picture of the couple. Sana can be seen having a playful time with her husband. 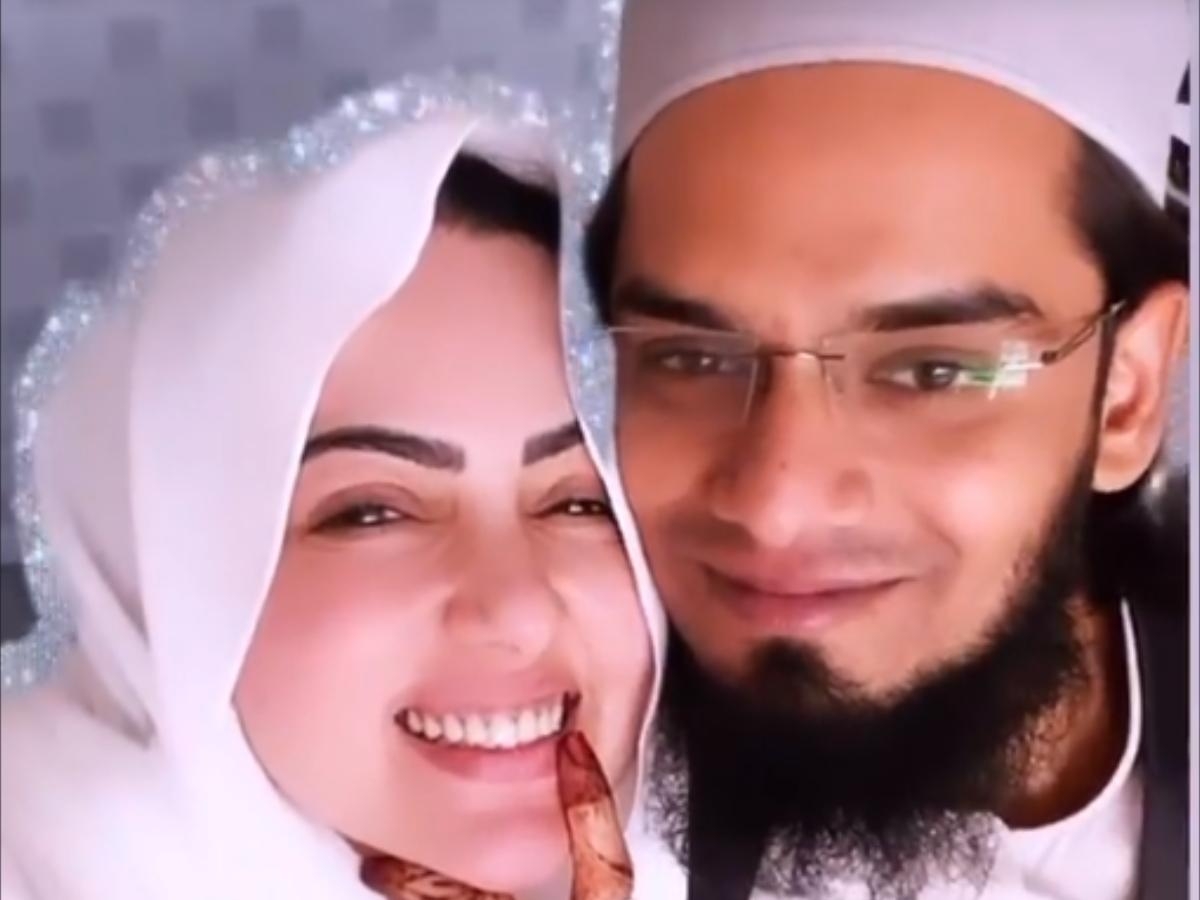 Sana Khan has acted in 14 films including in regional languages. She is missed on screen by her fans. 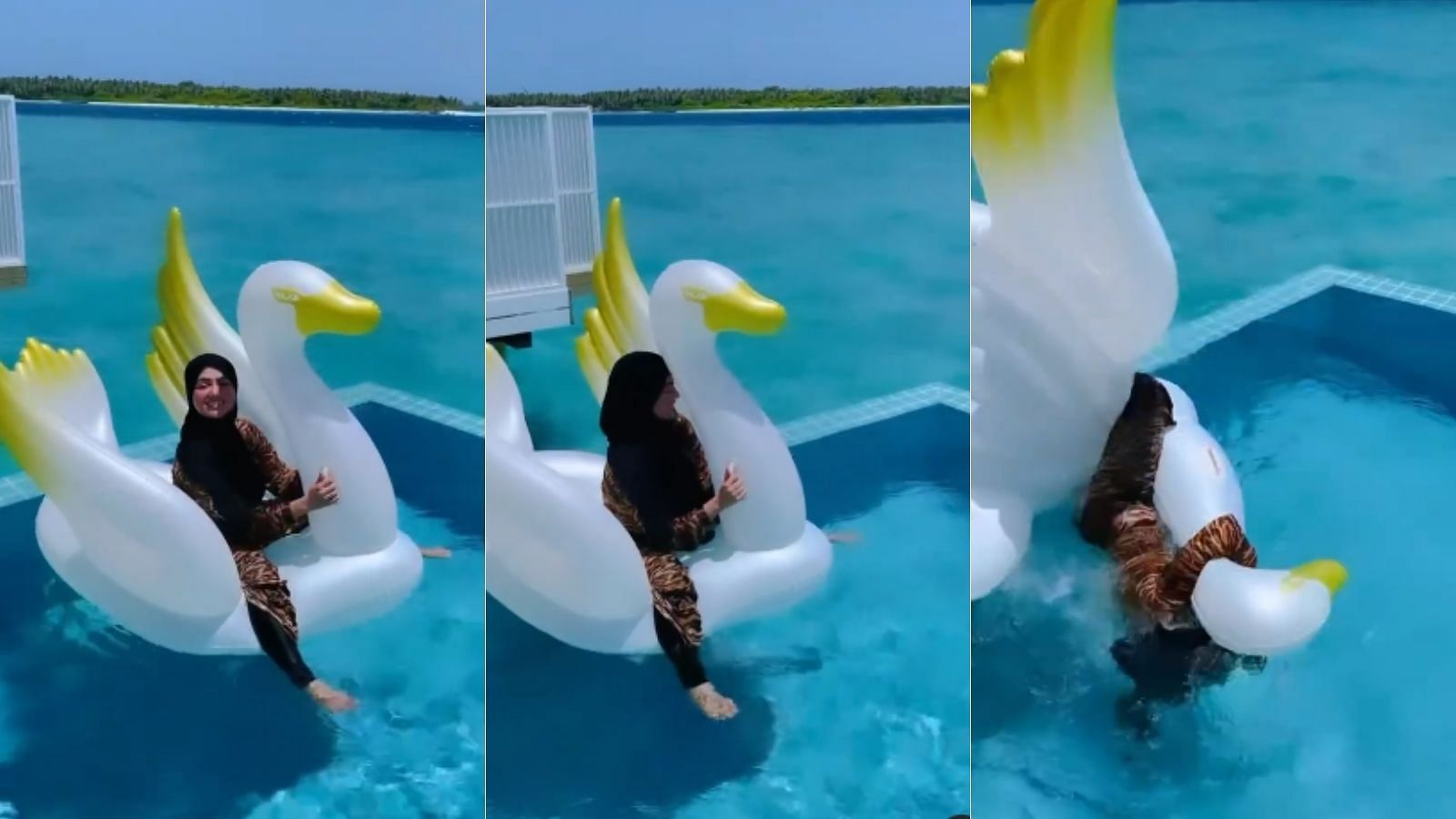