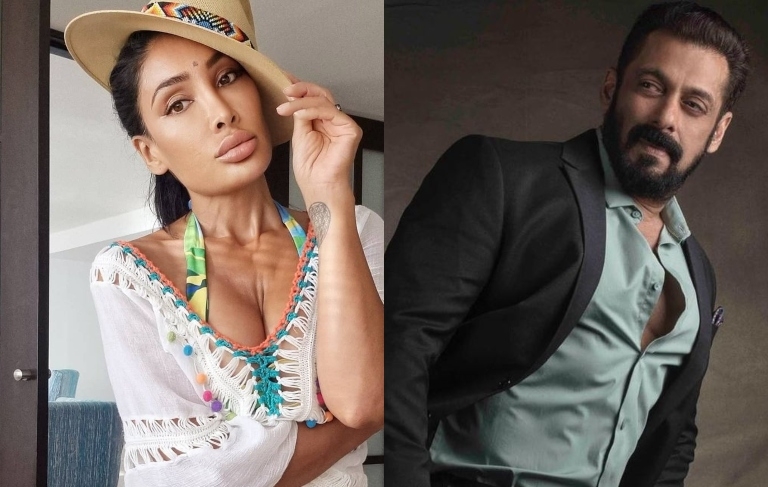 Former Bigg Boss contestant Sofia Hayat has shared her views on superstar Salman Khan's latest release 'Radhe: Your Most Wanted Bhai' and called him out for the 'same clichéd story lines'.

Sofia also claimed that she chose not to appear on the stage of 'Bigg Boss' finale with Salman because of her 'morality'.

The 'Bigg Boss 7' contestant took to Instagram and wrote, "Salman Khan has been using the same tricks every time he releases a movie. He releases on Eid, using the religious festivity as a promotional day, profiting from a spiritual day. He also releases the same clichéd story lines, same cheesy looks to camera, same clichéd girl meets boy story, (always using a younger model each time, isn't it about time you cast a girl your own age to star opposite you?), and same clichéd cheesy lines."

She added: "What he has not done is to grow. His audiences have clearly grown and are fed up with the same regurgitated story lines that are quite clearly brain numbing, even watching the trailer of Radhe, I thought, haven't I seen all of this before?"

Further slamming Khan for 'wasting' the talent of actor Randeep Hooda, Sofia wrote, "Watching Randeep Hooda was painful. He is a good actor, and his acting has gone to waste on such an over the top and badly written role. Did he take the role because he got to work with Salman because it gives him credibility? That's the issue with the industry. Roles are taken for prestige. Imagine if Randeep said, 'the character is badly written, and very cliched'. He probably would have been outed from Bollywood."

"I myself chose not to appear on stage on BB final next to Salman because my morality and truth is stronger than my ego," Hayat said.

She concluded by writing: "We have entered the Golden age, and humanity has evolved in every way.

"The people of India are not stupid, they are intelligent and evolving every day. Maybe Salman should try this to."

Reacting to Sofia's post, self-proclaimed critic Kamaal R Khan, who's currently engaged in a legal tussle with Salman, tweeted, "You are a brave girl @sofiahayat! Keep it up!"