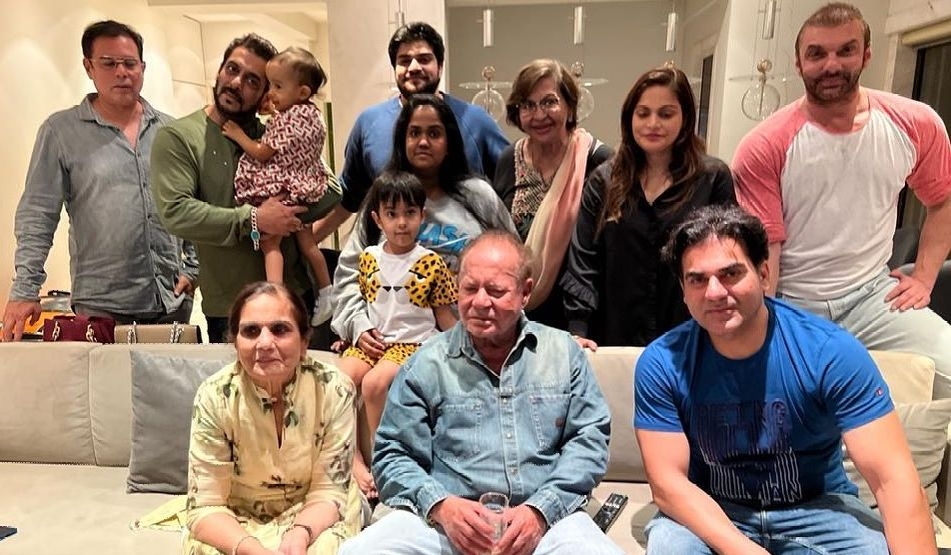 Salman along with Zoya and Farhan Akhtar are among producers of the upcoming documentary titled "Angry Young Men", based on their fathers Salim and Javed Akhtar.

Directed by Namrata Rao, the project will capture the essence of Salim-Javed, who together redefined Bollywood cinema with a long list of hits in the seventies and the eighties, introducing the elements of angst, violence and machismo in consecutive hero-centric hits that gave Bollywood its greatest icon ever -- Amitabh Bachchan as the Angry Young Man.

Meanwhile on work front, Salman is gearing up for the release of his upcoming film "Antim: The Final Truth" alongside brother-in-law and actor Aayush Sharma.

“Antim” is a story about the deadly struggle between a gangster played by Aayush who looks to expand and rule over his territory without anyone's intervention until a cop essayed by Salman gets in the former's way. Salman's character of Rajveer is determined to put an end to gangster's rise and rule, and for that he can go to any lengths.

The film is set to hit the theatres worldwide on November 26, 2021. Antim: Read the true story of Pune gangsters that served as inspiration for Salman Khan, Aayush...