Salman Khan has had an extraordinary career and holds the record for the greatest number of Bollywood films that have been highest grossing of the year.
FPJ Web Desk 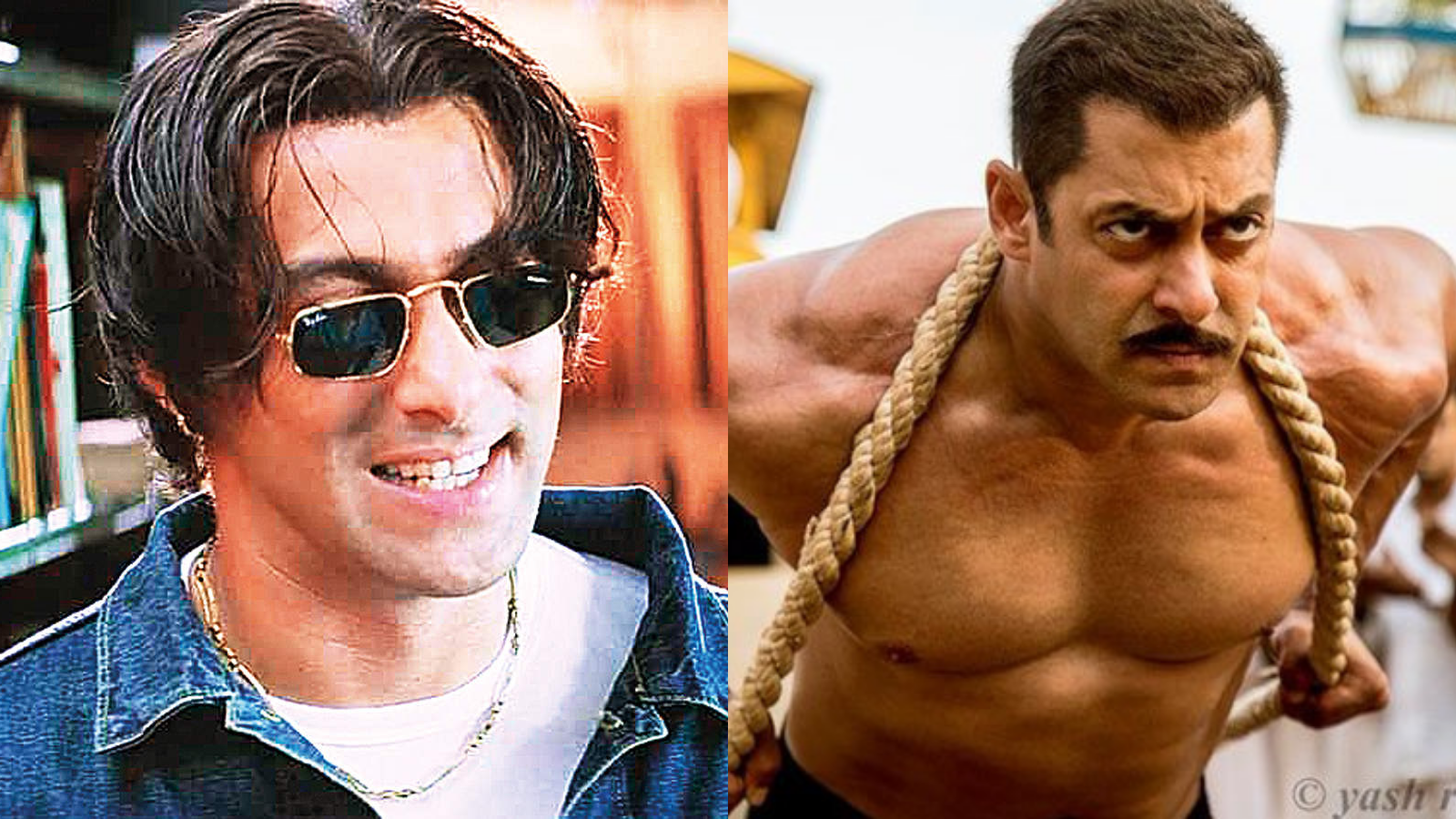 Born on December 27,1965, Salman Khan has had an extraordinary career and holds the record for the greatest number of Bollywood films that have been highest grossing of the year.

His birthday is no less than a festival for all his fans. The actor's birthday bash is usually a starry affair with several biggies of B-town making their appearance. However, for the past two years, the actor is keeping the celebration intimate with only family and close friends in attendance.

After 2009's 'Wanted,' we saw an emergence of a new Salman, where his presence would be welcomed with whistles and applause and people loved his movies... even if the logic wasn't Khan's companion.

Salman's every movie is packed with a powerful action sequence, catchy dialogues and hilarious moments.

So on the occasion of his 56th birthday, here are 10 of his best movies.

After a small supporting role in his debut film 'Biwi Ho To Aisi', Salman became an overnight superstar with his second film 'Maine Pyar Kiya'. The young love story connected with audiences globally and clocked up huge box office figures, which subsequently resulted in romance being introduced back into Bollywood after nearly two decades dominated by action.

There have been plenty of occasions where the actor has shown a great comedic timing. Of his hit comedies, including 'Judwaa', 'Mujhse Shaadi Karogi' and 'Partner', this was his funniest. He stars alongside Aamir Khan, Raveena Tandon and Karisma Kapoor. The story of two gold-digging guys vying for the attention of a rich heiress is loaded with laughs.

The actor teamed up with 'Maine Pyar Kiya' director Sooraj Barjatya and Madhuri Dixit for a musical that smashed every record to become the highest grossing Bollywood film in history. The family drama revolves around two individuals falling in love during a big fat Indian wedding. The film became a landmark moment in Hindi cinema history.

Salman Khan starred in the three highest grossing Bollywood films of 1999 and this interesting love triangle was the best. The actor starred alongside Aishwarya Rai and Ajay Devgn in what turned out to be a story of two halves. The female protagonist falls for someone in the first half but finds out the real meaning of love when she marries someone else.

This movie was remade from the Tamil film 'Sethu' and stars alongside Bhumika Chawla. The actor has starred in many Bollywood remakes of hit south Indian films and this romantic drama was maybe the beginning of the association. It also one of his most remembered performances in the story of a street thug who falls in love and then goes on a painful journey after having his heart broken.

Inspired by the 2005 American film 'Hitch', the film follows the story of a love guru, Prem Kulkarni, played by Salman Khan, who gives his client, Bhaskar Divakar Chaudhary, played by Govinda, the ideas of wooing his gorgeous boss, Priya Jaisingh, played by Katrina Kaif. In the process, he ends up falling in love with a widowed mother, Naina Sahani, played by Lara Dutta, leading him to hide his identity.

The action-comedy was so popular that two sequels were made later too. It gave Salman one of his career defining roles as rule-breaking policeman, Chulbul Pandey. The highest grossing film of that year is an escapist action entertainer that contains a little bit of everything, including comedy, action, drama, romance, and a great musical number that had everyone dancing.

The highest grossing film of the year started a franchise. The sequel, 'Tiger Zinda Hai', would clock up the highest numbers in India for the year 2017. He plays a fearless Indian spy, who is on an important mission and falls for a Pakistani agent, played by Katrina Kaif. There are plenty of eye-catching action set pieces throughout the film and a third instalment is on the way.

The biggest blockbuster of 2015 is the story of a Hindu man in India trying to reunite a stranded young Muslim girl with her family in Pakistan. One of the best reviewed films the actor has starred in would win a National Film Award for Best Popular Film Providing Wholesome Entertainment, a Filmfare Award for Best Story, and an IIFA award for Best Film.

Salman stars opposite Anushka Sharma in the story of a wrestler who lets success go to his head and in the process loses everything he loves. Years later, he is a broken man and gets an unexpected chance for redemption. The story would become the first wrestling-based drama to become a blockbuster success and was only later beaten by Aamir Khan starrer 'Dangal', which released later the same year to become the highest grossing Bollywood film in history.