Saira Banu Health Update: Dharmendra says she must be ‘feeling the void after Dilip Kumar’s death’

The 77-year-old "Padosan" actor, who lost her husband Dilip Kumar in July, was taken to the Khar Hinduja hospital three days ago.
FPJ Web Desk 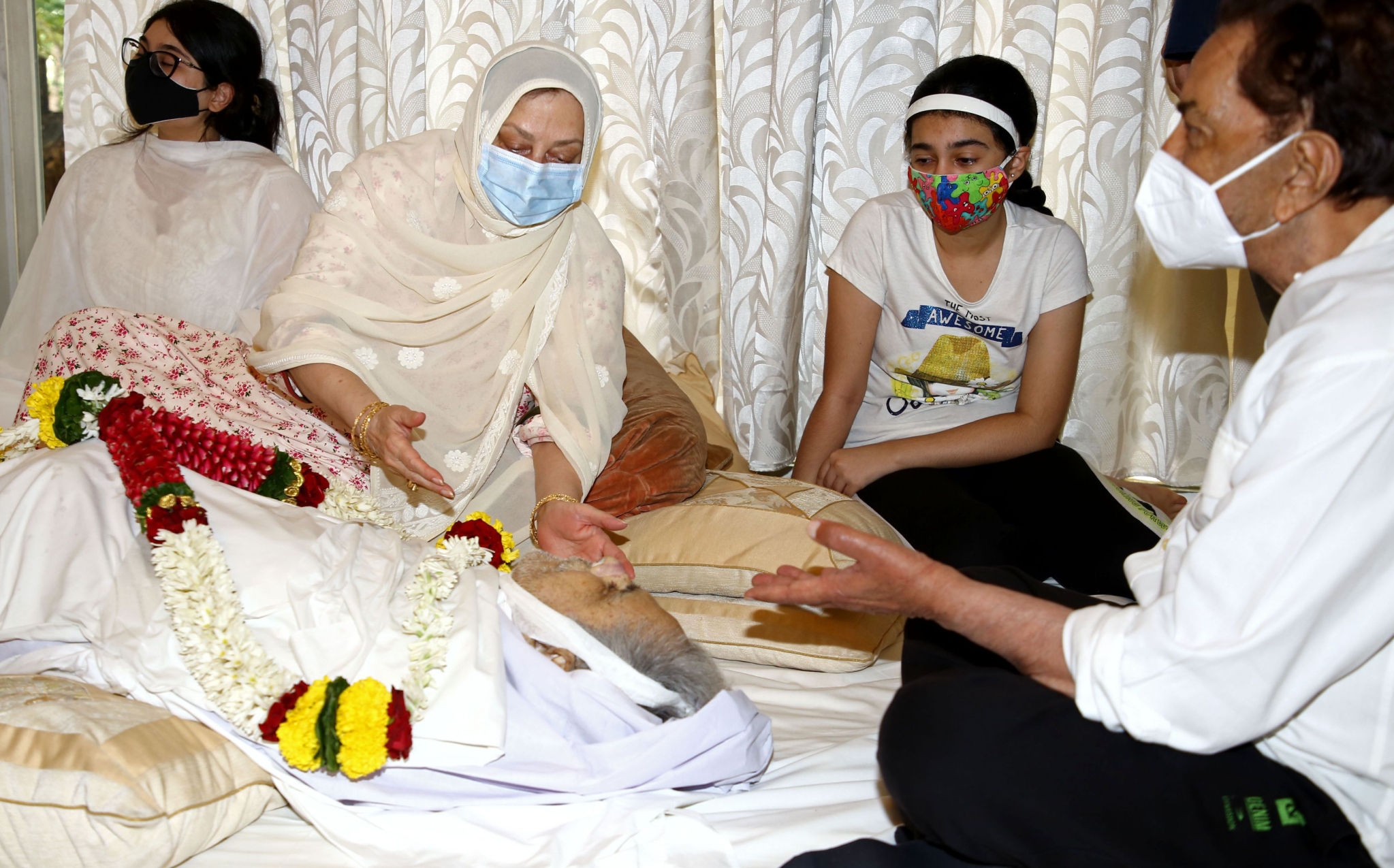 Veteran Bollywood actress Saira Banu was admitted to the Intensive Care Unit of a hospital here earlier this week following complaints of low blood pressure and is doing well now, a hospital official said on Wednesday.

The 77-year-old "Padosan" actor, who lost her husband Dilip Kumar in July, was taken to the Khar Hinduja hospital three days ago, the official said.

"She is admitted to the hospital due to low BP. She was brought to the hospital three days ago. She is fine and much better now. There's nothing to worry about," he said, adding that he had spoken to the actor on Tuesday.

He said the hospital is not a Covid facility. She had tested negative for COVID-19 but was isolated as a norm in the wake of the pandemic.

Saira Banu is likely to be discharged in a day or two.

Her husband and screen icon Dilip Kumar died on July 7 at the age of 98 after a long ailment.

Now, according to a report by Indian Express, Saira’s doctor has advised a couple of tests and angiography in the days to come as he suspects there could be an issue with her left ventricular.

On the other hand, veteran actor and friend Dharmendra told ETimes that he is concerned about Saira’s health. He said that he spoke to her couple of days back and added that she must be feeling the void since Dilip Kumar’s death.

Starting her acting career as a teen in 1961 with the film ‘Junglee’, she went on to become one of the topmost heroines in the 1960s-1970s era, working with the leading actors of the day and starring in the biggest films. ‘Dekho Sahab ne…’: Dharmendra reveals what Saira Banu told him while sitting next to Dilip...