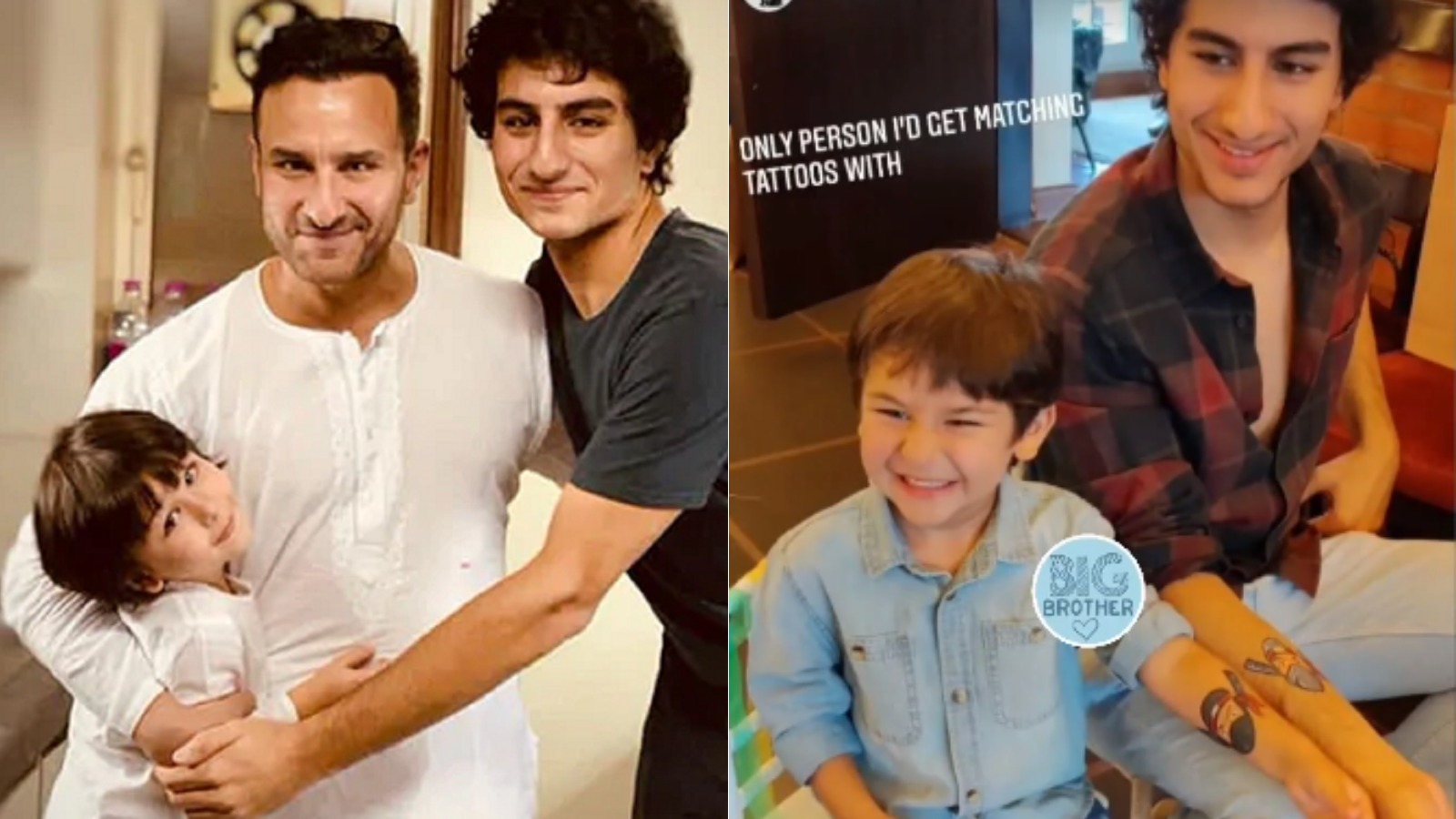 On Instagram, actress Kareena Kapoor Khan shared a picture of Taimur and Ibrahim showing off their matching tattoos.

In the picture, Ibrahim and Taimur can be seen sitting on chairs and showed off their colourful paint tattoos. Taimur seemed thrilled about their art as he flashed a wide smile. The star kid's expression is totally unmissable.

The picture was originally shared by Ibrahim on the photo sharing app. "Only person I'd get matching tattoos with," he wrote. Kareena reposted the image with the sticker 'big brother' placed in the frame.

Take a look at their picture below: 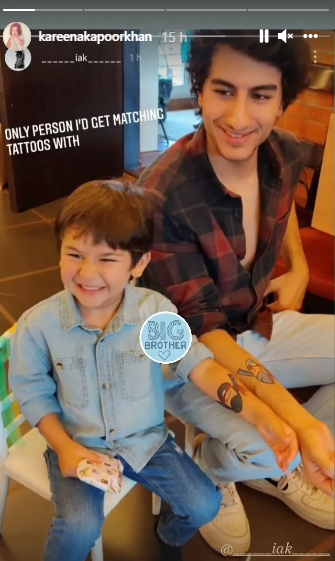 Meanwhile, Ibrahim is expected to make his acting debut soon. Although he is yet to comment on the same, he has appeared on a few magazine covers, hinting his inclination towards Bollywood.

If reports are to be believed, he will be assisting Karan on 'Rocky Aur Rani Ki Prem Kahani', which stars Alia Bhatt and Ranveer Singh in the lead roles.

Some time ago in an interview to this journalist, Sara Ali Khan had revealed, "My brother aspires to be an actor. But as I’ve discovered, it’s an easy dream to have but a very difficult dream to achieve. But I feel Ibrahim has the talent. Once he enacted a monologue for my mother and I. I was holding the sheet of paper on which his lines were written. I couldn’t look at the sheet, I was busy looking at his eyes. They were so emotive."

Incidentally Karan was to launch Sara as an actor. But she couldn’t wait for the right project at Karan’s Dharma Productions. 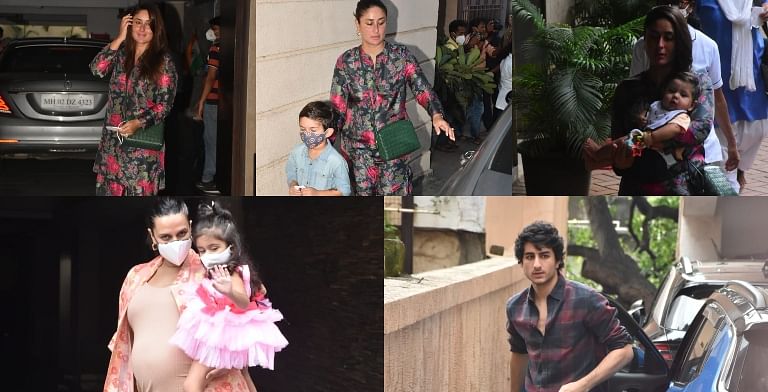