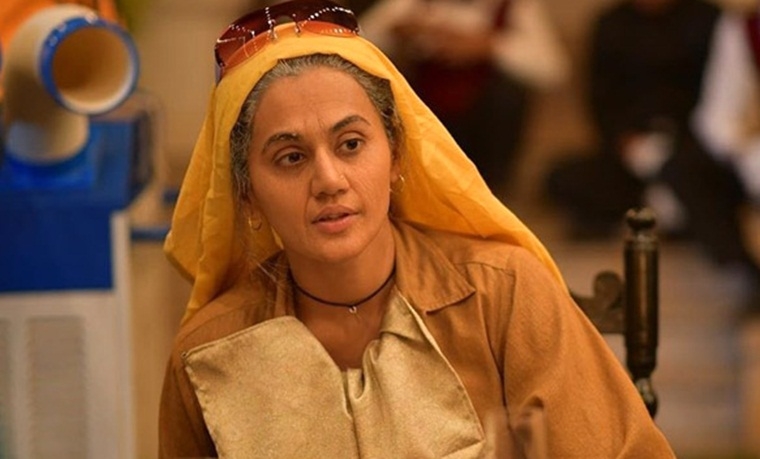 After Mission Mangal, Taapsee Pannu is starring in yet another interesting film, Saand Ki Aankh with Bhumi Pednekar which is about two sharpshooters dadis, Chandro Tomar and Prakashi Tomar. The trailer launch took place on Monday, September 23 where Taapsee revealed it took her three months to hold a pistol.

“I couldn’t even take aim to shoot. For this, I trained for three months, only then could I hold a pistol properly,” she said at the trailer launch. “Listening to their story, I just couldn’t stop thinking about my mother because it’s a story of those women who have lived their life for their parents, husband and kids but they never lived their life on their own terms. My mother is 60 years, so this is special. At this stage, I feel like telling her I want to be a reason for her to live her life the way she wants to. I hope she gets that through this film,” said Taapsee.

“From my side, this film will be dedicated to my mother. I hope people will get their mothers, grandparents, and parents to watch this. This Diwali should be a truly family Diwali in the theatres,” she added.

Taapsee further said, “I always wanted to do a film where two heroines have equal roles. When I heard the narration, I had tears in my eyes and within 10 seconds, I said yes to the film. I feel Chandro and Prakashi Tomar are big inspiration to the people of our country.”

Since it is rare to have two lead actresses in a film, Taapsee said, “I don’t think only one person can make an entire film. There are a lot of people who are responsible to make a film, even if it is a single hero or a single heroine film. I think it is unfair to take away the credit from them. I feel this (a two-heroine film) is not very usual on-screen but I have a habit of doing things that are termed as unusual. Bhumi (Pednekar) and I both are in the film, script and our roles individually.”