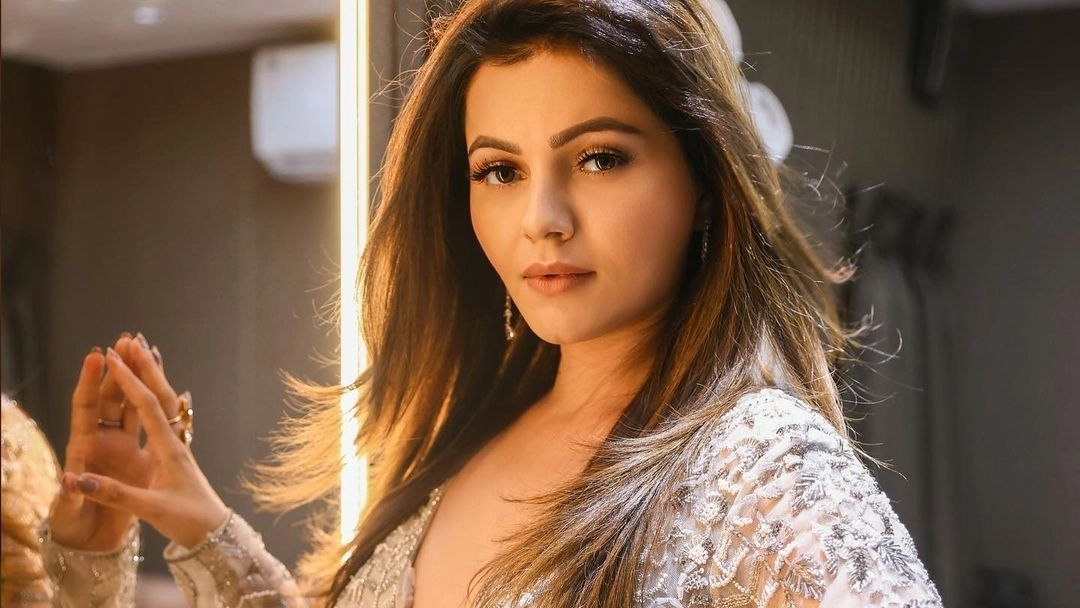 Actress and 'Bigg Boss 14' winner Rubina Dilaik, who had commenced the shoot of her Bollywood debut film 'Ardh' last month, recently reacted to reports that she stalled the shoot of the film and was throwing tantrums on the sets.

A report claimed that she demanded a 'double-door vanity van' to accommodate her staff and refused to step out of her car until she got one.

However, Rubina responded in a rather hilarious manner and informed ETimes in a text message, "Ha ha aahaa. To make it more meaty, you can also add that I refused to shoot in the real location which is a slum area - and left the set!"

On the other hand, director Palash Muchhal said it was true that Rubina waited for a long time inside her car despite having arrived on time. However, it was not due to a demand for a double-door vanity van but because it was raining.

Last month, Rubina had announced on Instagram that she has commenced shooting for 'Ardh'.

Directed by singer and music composer Palash Muchhal, the film is a story of a struggling actor in Mumbai. It also stars Rajpal Yadav, Hiten Tejwani and Kulbhushan Kharbanda.

"'Ardh' is about the struggle of an actor in a city like Mumbai. The film will showcase the experiences of my 15 years journey," director Muchhal had earlier said in a statement.