'Rockstar' Reunion: Sanjana Sanghi says Ranbir Kapoor and Imtiaz Ali pulled her leg just like they did 10 years ago

Sanjana, who played a pivotal role in the film at the age of 14, also penned a long and heartfelt note on Instagram
FPJ Web Desk 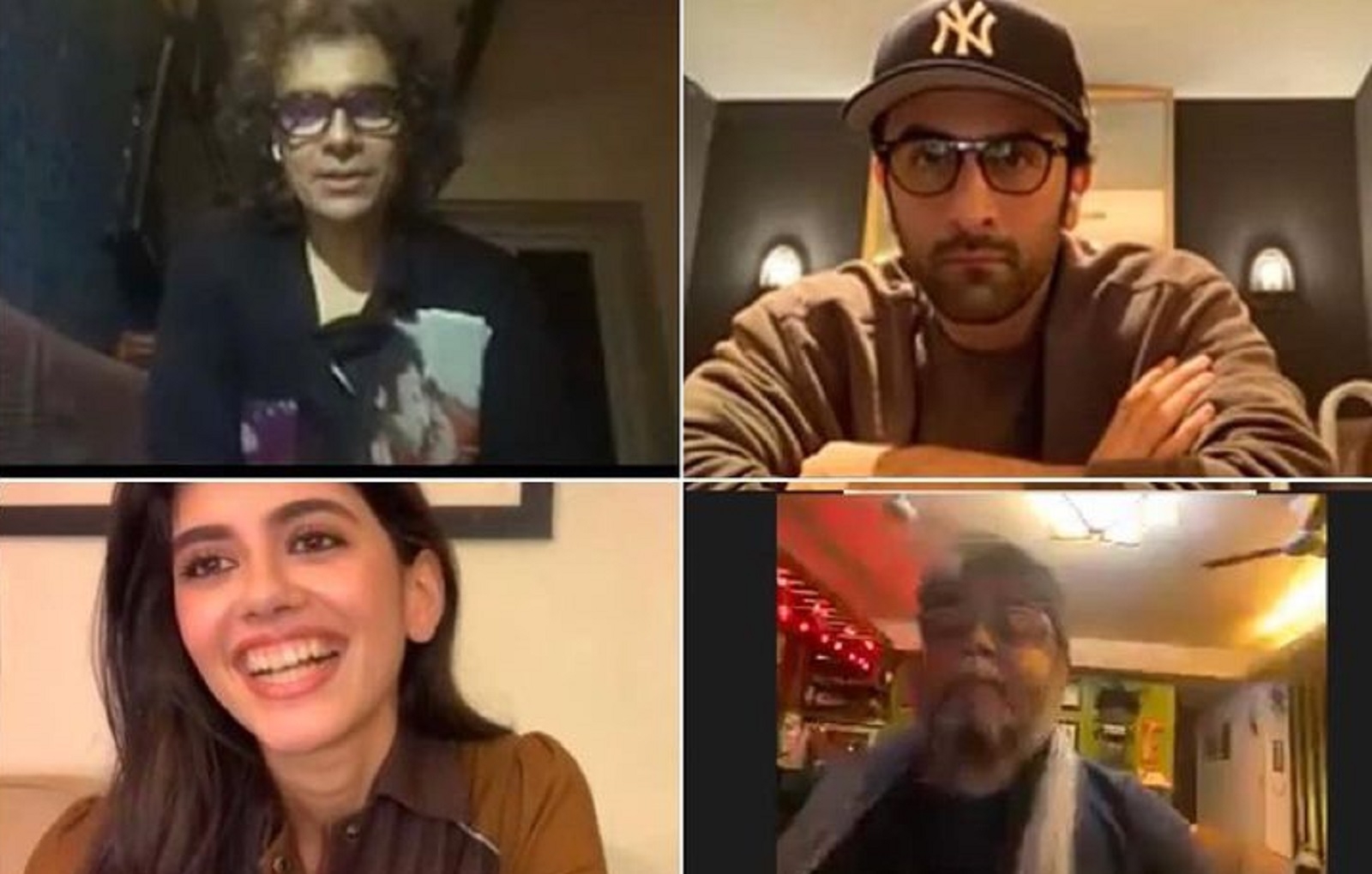 To mark the special day, the team looked back at the film with love and admiration and reunited via a Zoom meeting, a glimpse of which actress Sanjana Sanghi shared on Instagram.

Sanjana, who played a pivotal role in the film at the age of 14, also penned a long caption.

The reunion was virtually attended by Ranbir, director Imtiaz Ali, music maestro AR Rahman, who composed the soundtracks of the film and also organised the 'impromptu' meeting, lyricist Irshad Kamil, who wrote the blockbuster tracks of the film, and cinematographer Anil Mehta.

Meanwhile, in her caption, Sanjana shared the one thing that hasn't changed over the course of ten years - Ranbir and Imtiaz Ali still pull her leg like they used to on the set.

Ranbir Kapoor birthday special: From 'Rockstar' to 'Barfi', 5 films that perfectly captured his...

"And just like that, today marks 10 glorious years to our beloved Rockstar becoming yours forever. 10 years to that one single surreal moment that single handedly changed my life and the way I look at life forever. Magic, is the only word to describe how each moment, each bond, each scene performed on this mystical journey has ever felt. And gratitude, the only emotion that overflows," she wrote.

"As we all huddled up to drown ourselves in nostalgia, I was left with a lump in my throat, it all still feels like yesterday. Thank you @arrahman Sir for bringing us together so impromptu, you’re the best. Excerpts from our walk down memory lane, stories you may or may not know are coming to you soon. (Ranbir & @imtiazaliofficial pulling my leg just as was done with Little Sanj at 14 years of age of course continues)," Sanjana added.

The 2011 critically-acclaimed romantic musical drama traces the journey of a college-going student Janardhan who transforms into an angry, lonely rockstar, Jordan as he deals with heartbreak, penury, and rise to fame.

Ali, 50, known for directing romantic-dramas like 'Socha Na Tha', 'Jab We Met', and 'Love Aaj Kal', also took to Instagram stories to share some moments from his film.

'Rockstar' received polarised reactions from critics and audience upon its release but went on to become one of Hindi cinema's cult classics over the years. One of the most important factors responsible for the film's long-lasting impact is the music composed by Oscar-winning musician AR Rahman.

Songs like 'Jo Bhi Main', which brought out the dilemma of the protagonist, 'Sadda Haq' about the artistic angst, 'Kun Faya Kun' about understanding music and life, the love ballad 'Tum Ho', the search for 'home' in 'Naadaan Parindey', among others continue to be fan favourites.