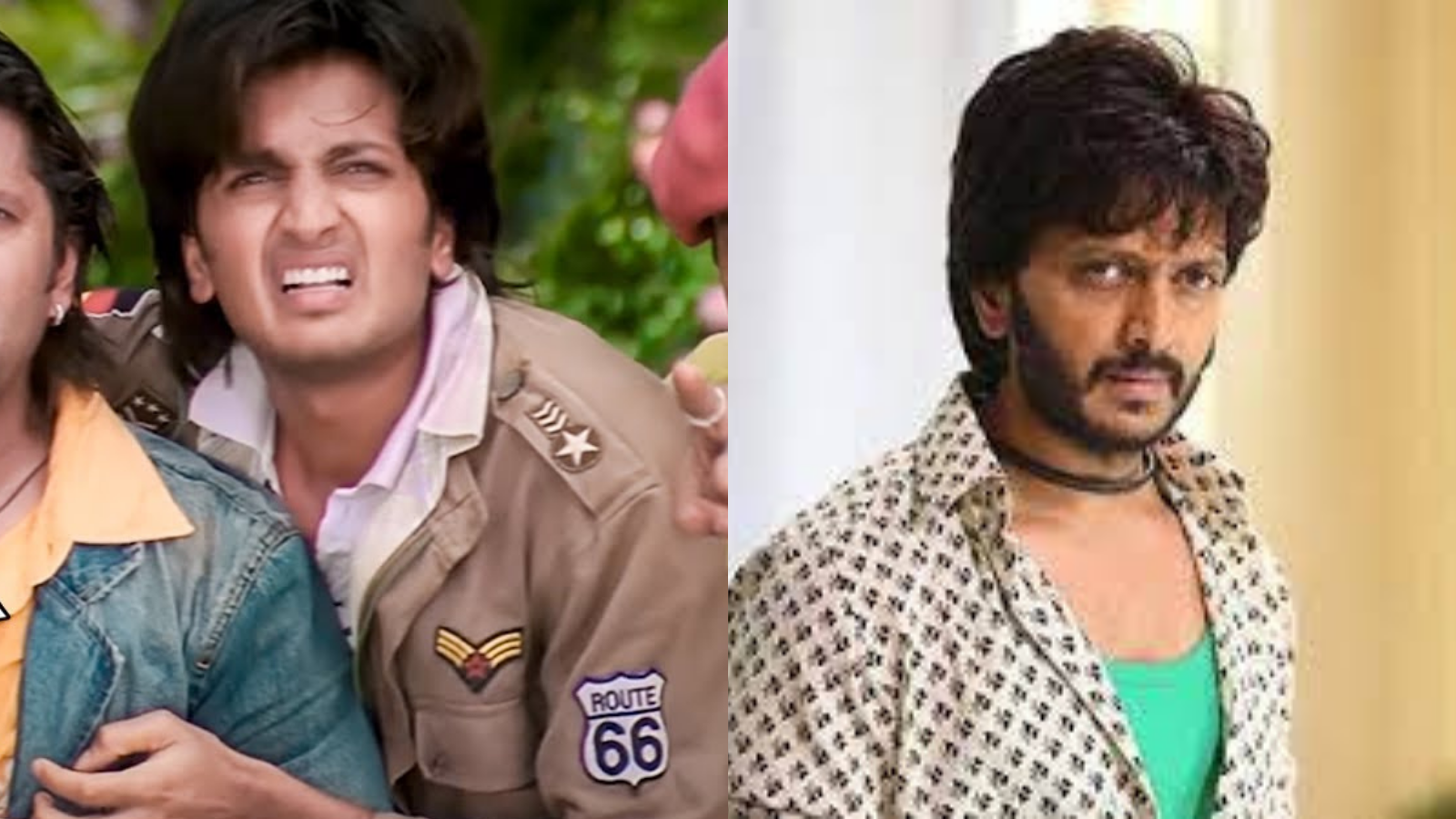 Riteish Deshmukh has been a part of many films in Bollywood and has delivered many hit films. The actor has been a part of Bollywood since 2003. He is considered as one of the biggest actors in Bollywood. Riteish's choice of films since his debut has been quite different. The actor has gone from portraying negative roles to comedy roles to female roles and much more. Apart from Hindi films, he has also worked in several Marathi films.

Riteish Deshmukh celebrates his 43rd birthday on December 17, 2021. His comic timings, quirks, expressions, and dialogue deliveries are brilliant and his acting graph has only evolved with time. To celebrate his birthday, we take a look at some of his best movies.

The film stars Sanjay Dutt, Ritesh Deshmukh, Arshad Warsi, Aashish Chaudhary and Javed Jaffrey. In 2011, the film spawned a sequel, under the title of Double Dhamaal, with the lead cast reprising their roles. The story revolves around a group of four conmen who get to know about a hidden treasure. The story follows the antics of the group as they race against each other and also a police inspector who wants the money for himself. Riteish Deshmukh played of the conmen in the movie and was highly praised for his performances by critics.

This movie marked the beginning of the popular comic franchise Housefull. It starred Akshay Kumar, Riteish Deshmukh, Deepika Padukone and Lara Dutta. Riteish played Akshay's best friend, Babu Rao in the movie. Since then, Riteish and Akshay have starred in every instalment of the franchise. The movie was filled with hilarious confusions and chaos that made for an entertaining watch.

The movie stars Akshay Kumar, Riteish Deshmukh, Fardeen Khan and Vidya Balan. The movie is about three bachelors who are compelled to take care of a baby left at their doorstep. Each suspect the other of being the father. Riteish plays the role of Tanmay Joglekar, one of the three friends. Besides comedy, this role demanded him to show his emotional side and he nailed it as easily. The film is reportedly a remake of the Hollywood film, Three Men and a Baby.

One of Riteish’s best performances was when he did an exhilarating Marathi film. In this film, Riteish plays a double role; one is Prince and the other is Mauli. Where Prince is shown as a gentle guy, Mauli, on the other hand, is a rowdy and violent man. Riteish effectively played both his roles.

This 2006 iconic comedy movie revolved around the story of a man who dies out of shock on winning the jackpot in the lottery. Everyone around him now wants his money including the man who sold him the lottery ticket. Riteish Deshmukh plays the role of Kanhaiya, the son of a villager.

Guru is a quiet, tough, and ruthless man, who works for a crooked politician. A dark past refuses to let Guru sleep at night until he meets Aisha. He falls in love with her and his life changes. Just when things seem perfect, she falls prey to an attack. Devastated, Guru starts hunting the miscreant and is shocked to learn of his seemingly innocuous and simple identity. Does Guru succeed in getting even with the assailant played by Ritesih Deshmukh? And what is the motive behind the killings? The plot thickens as the astonishing mystery unveils and new realizations come to the forefront.