Rishi Kapoor death: Actor put the R in romance and made us all believe in love 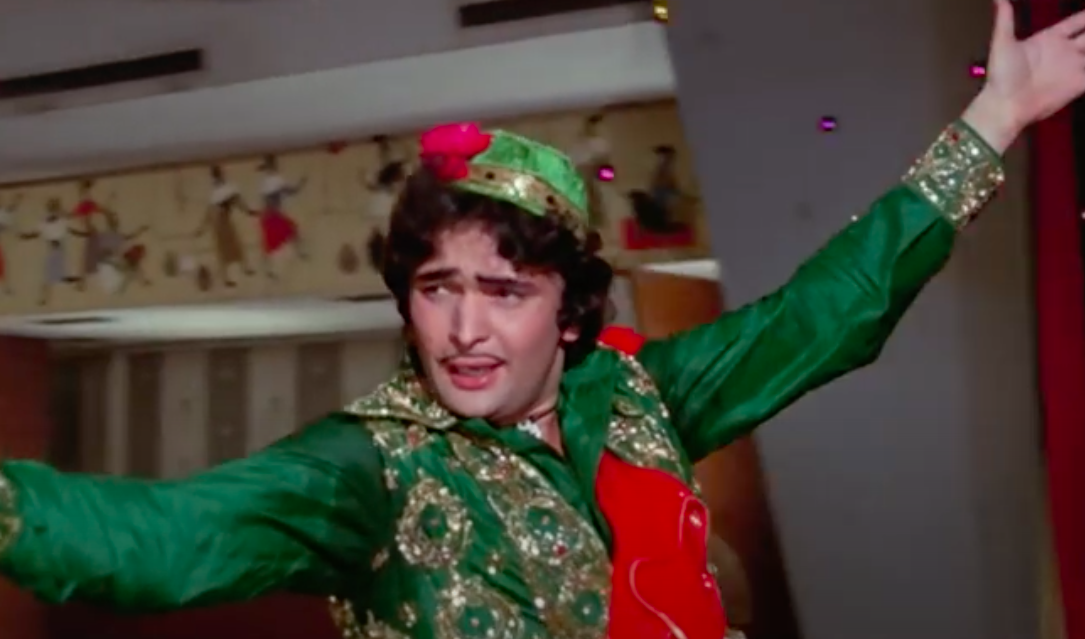 He was romance personified. Twinkling eyes, impish smile and most important; he sang songs that made everyone believe in love. Decade after decade watching Rishi Kapoor perform on screen made an entire generation, myself included, cherish romance.

What made Rishi special was that he not just made you believe in love, but the natural actor also made you believe in every character he portrayed. For a teenager in times when there was no satellite TV nor Netflix, the only way to see a newly-released movie was in the movie theatre.

The innocent Raju of Sargam, tormented Dev in Prem Rog, sacrificing Rohit Gupta of Chandni, the sauve Kishan Malhotra of Bol Radha Bol and the supportive Shekhar Gupta of Damini – Rishi made each one of his characters so real. It warmed hearts of the fairer sex that Rishi, the romantic star, always stood by the ladies and did not dominate over them.

It was fashionable to sing his songs in loud, often off-key. The hum tum ek kamre mein band ho aur chabi kho jaye of Bobby, Khullam Khulla pyar karenge of Khel Khel Mein and Meri Umar Ke Naujawanon of Karz symbolised rebellious love and everyone was singing them while wearing bell-bottoms too. 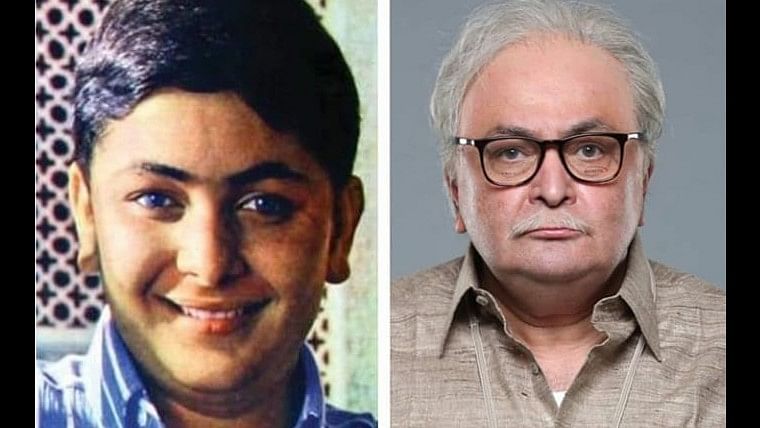 Rishi Kapoor in pics: The eternally young cherub-faced actor who looked like an angel even as an old...

Not to forget the Ravi Nanda of Zamane ko Dikhana Hai who sang hoga tum se pyara kaun atop a train while romancing Padmini. So, when Malaika Arora and Shah Rukh danced on top of a train for Chhaiyan Chhaiyan; a lot of people, including me said, “What is so new about the concept? Rishi was on top of a train so many years ago!”

Rajendra Dadhiyala, a prominent distributer of the 70s and 80s in Jaipur, loves to tell the story about how Rishi would get them extra income. “His song Daphli Wale of Sargam had the audience crazy and queuing up at cinema halls to see it again and again. So much was the craze for the song that newspapers would publish a note below the film show timings to not throw coins. But audience would throw fistfuls of coins. The staff would squabble to collect them.” 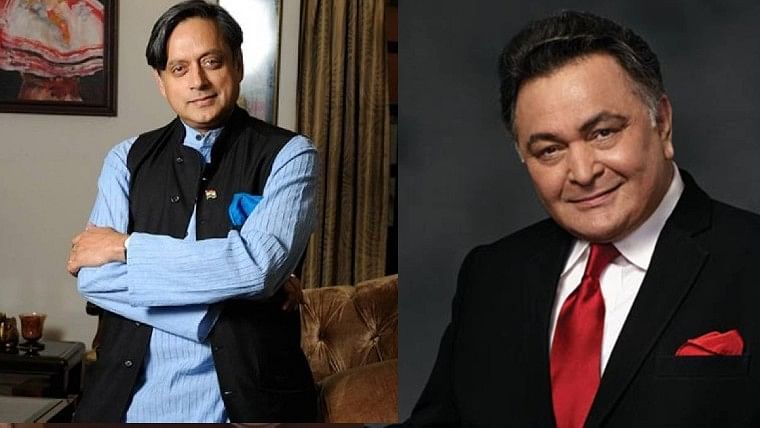 'Inter-class dramatics': Did you know Rishi Kapoor and Shashi Tharoor were in the same school?

“There were so many of Rishi Kapoor’s songs that had the audience showering coins in cinema halls. Koi patthar se na mare mere diwane ko of Laila Majnu, the quawali Parda Hai Parda of Amar Akbar Anthony and the Hai Agar Dushman Zamana Gam Nahin of Hum Kisi se kam Nahin too had audience cheering loudly and throwing coins. The cahvvani left some years ago and now Rishi Kapoor is also gone,” adds Dadhiyala.

Then came a time when Shah Rukh Khan had begun to emerge on the horizon and there was much apprehension how an ‘elderly’ Rishi Kapoor would romance the very much younger Divya Bharti. But he did it. Effortlessly. He went on to reinforce his mettle as celluloid’s most beloved romantic star with Heena and Chandni.

What’s more, Rishi is responsible for a lot of false beliefs too, ones that cling on despite knowing they are not true. In those days, books were available either in school library or at the colony kirana wala’s library so for a student of a strict convent school, reading a Daniell Steel was quite next to impossible. But watching a Rishi Kapoor movie was not; this is precisely why somehow in my mind it is Steel who copied Ye Vaada Raha to write The Promise and not the other way round. My hand automatically reaches out to raise the volume when on a rare day the FM plays mil jayein is tarah do leharein jis tarah from the movie. 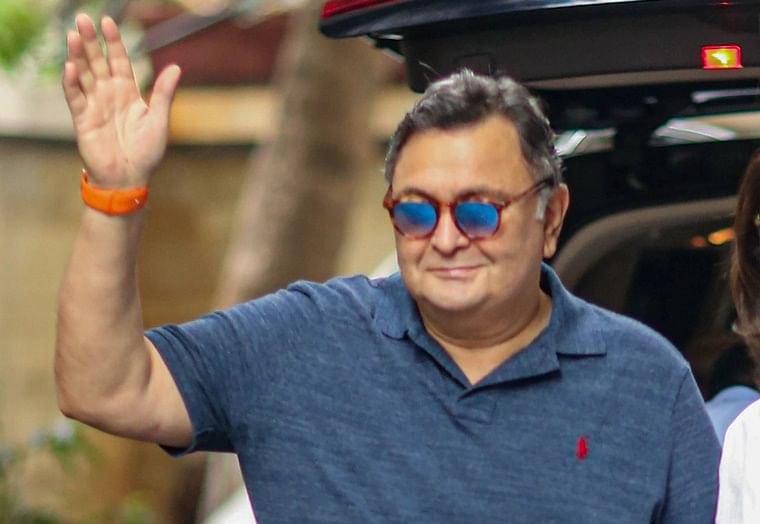 Similarly, while there is an entire generation of cine goers who love Simi Grewal for her style, I am certain there is quite a few who dislike her for what she did to apno Rishi. As a teenager I could never forgive Kamini Verma for popping off Rishi (though in his previous life and played by Raj Kiran). Hilariously, those latent feelings were an irritant all a while watching Rishi and Neetu on Rendezvous with Simi Grewal years later too.

Rishi Kapoor’s charm was in the effortless manner in which he portrayed romance, made romance an integral part of even the troubled complex characters he played on screen. The understated romance between Murad Ali and Badi Tabbasum in Mulk did give you a comforting feeling. It made one feel love is forever, everlasting and would to be a part of life when grey takes over the hair.

Watching him in ek chadar maili si was a delight. Amid all the talk about how the film was supposed to have been made with Geeta Bali and was shelved for years on end, reviewers missed giving Rishi his due. With Ek Chadar, Rishi proved his mettle as a serious intense actor.

Romance changes with time and Rishi portrayed it across generations. But now with him gone romance will not be same on celluloid. As for Rishi he is on his way to heaven singing bachna ai haseenon lo mein aa gaya.