Rishi Kapoor Birth Anniversary: From cherubic boy to loving father - a look at his fabulous journey

Rishi's first brush with the camera was in Raj Kapoor's film 'Mera Naam Joker' (1970) where he plays the childhood role of his father.
FPJ Web Desk 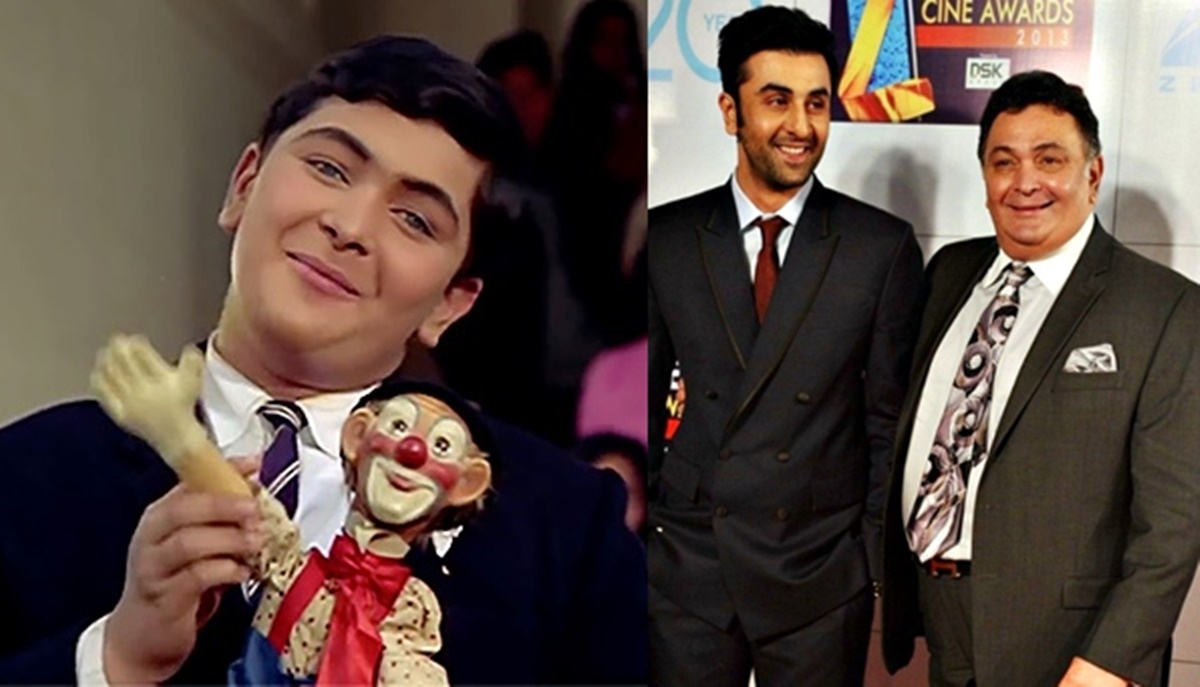 With charming lover boy looks and commanding screen presence, Rishi Kapoor, a member of the illustrious Kapoor clan, set hearts aflutter in his first lead role in the blockbuster film 'Bobby' (1973). He has left behind a rich legacy of cinematic marvels spanning across decades.

Born as Rishi Raj Kapoor in Bollywood's first family, he was the son of thespian actor Raj Kapoor, who was dubbed as the industry's original 'showman'.

Cinema ran in the Kapoor blood as Rishi's brothers Randhir Kapoor and Rajiv Kapoor, uncles Prem Nath, Rajendra Nath, Shashi Kapoor and Shammi Kapoor all made an immense contribution to the entertainment industry.

Rishi's first brush with the camera was in Raj Kapoor's film 'Mera Naam Joker' (1970) where he plays the childhood role of his father. He managed to grab a National Film Award for the portrayal.

Rishi married Neetu Singh in 1980. She was by his side when he breathed his last. Love blossomed between the two on movie sets and they together delivered many hits like 'Amar Akbar Anthony', 'Khel Khel Mein', 'Kabhi Kabhie' and 'Do Dooni Chaar'.

In 1999, the actor tried a hand at direction with the movie 'Aa Ab Laut Chalen', starring Aishwarya Rai and Akshaye Khanna.

In the 2000s, the actor starred in many supporting roles in films like 'Hum Tum' and 'Love Aaj Kal' with absolute ease no matter what the scale of the portrayal was.

He was also one of the first few actors to have acted in English films with 'Don't Stop Dreaming' and 'Sambar Salsa', both released in 2007.

In 2012, the actor proved his prowess as a villain with the ferocious Rauf Lala in the movie 'Agneepath', a remake of 1990 hit of the same name.

Later that year, for the first time, the actor shared screen space with brother Randhir Kapoor in the multi-starrer comedy movie 'Housefull 2'.

News of his ill health in 2018 was followed by him moving to New York for treatment. Rishi, along with wife Neetu, moved to the US for medical care.

In September 2019, the veteran actor returned to Mumbai after staying in New York for almost a year for leukemia treatment.

On April 30, 2020, the news of his demise was first shared by his co-star and legendary actor Amitabh Bachchan on Twitter.

The actor is survived by his wife Neetu Singh, and children Riddhima Kapoor Sahani and Ranbir Kapoor.

"Our dear Rishi Kapoor passed away peacefully at 8:45am IST in hospital today after a two-year battle with leukemia. The doctors and medical staff at the hospital said he kept them entertained to the last," a statement released by the Kapoor family read.

He was last seen on-screen in 2019 film 'The Body' which also starred Emran Hashmi.