Richa Chadha or Smita Patil? The resemblance is uncanny in this post 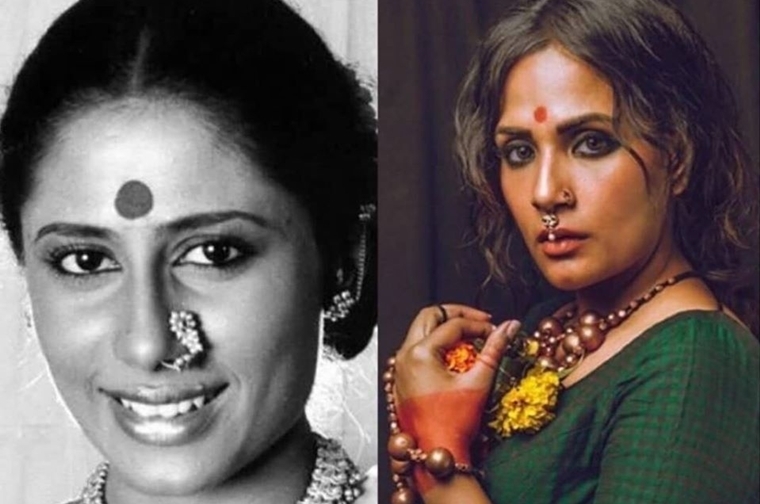 Actress Richa Chadha, who is currently prepping for her new movie, shared her first look from the project a few days ago. With dark kohl-rimmed eyes and a red bindi on her forehead, teaming up her look in a silk cotton sari, Richa cuts an intriguing picture. She is also seen wearing rustic jewellery.

Now, sharing a similar post from her fan account, Richa shed light on the uncanny resemblance she shares with late actress Smita Patil. She captioned the picture as, “To all those being mean in the comments, it’s an homage and not a comparison. I have reposted a fan account and nothing more... please take your butt-hurt selves elsewhere honestly. I have nothing but respect for the late Smita Patil, she’s a legend! She’s one of the reasons I became an actor. No BS will be tolerated.”

Actress Freida Pinto also weighed in by posting, “Two of my favourites in one frame. Now that's the perfect start to my day!”

According to reports, Richa has been approached by a Bengaluru-based photographer for a special reel pay homage to Patil's work and talent. It further mentions that the pictures will be based on several of Patil's films, including Arth (1982), Bhumika (1977) and Mirch Masala (1987).

"This is a film that only Richa can nail with finesse. It has an earthen feel to it and the looks needed to reflect the same. The actress came up with inputs on the look and together they conjured up this avatar. There are a few elements that are still in the works but Richa is keen to be a part of the project because it's a role unlike she's ever done before. It also pushes her to explore a cinematic terrain she has never tried her hand in," a source told IANS.

Richa will be next seen in the political drama Madam Chief Minister. The film has been shot in Lucknow. It also stars Akshay Oberoi, Manav Kaul and Saurabh Shukla, and is slated to release on July 17.