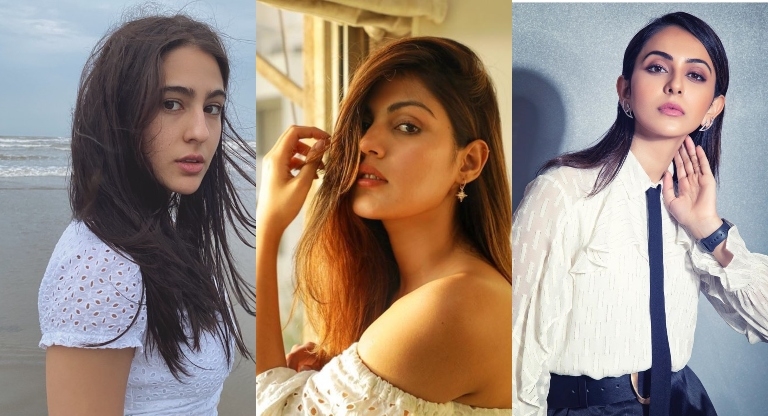 Bollywood actress Rhea Chakraborty, who was arrested by the Narcotics Control Bureau (NCB) in a drug case linked to Sushant Singh Rajput's death case, had taken the names of leading Bollywood actors - Sara Ali Khan and Rakul Preet Singh - over alleged drug use, claimed a media report on Friday.

While the rumours were initially denied, Deputy Director of NCB, KPS Malhotra has admitted that the aforementioned names did surface during the investigation.

Talking about the list, NCB deputy director KPS Malhotra had earlier said, "We have not prepared any Bollywood list. The list earlier prepared was of peddlers and traffickers. It’s getting confused with Bollywood."

On Saturday, a tweet from Rhea Chakroborty's lawyer, Satish Maneshinde's parody account went viral on the internet. The tweet claimed that the NCB will soon be summoning the actresses and designer in connection to the case.

"Sara Ali Khan, Rakul Preet Singh and Simone Khambatta are summoned soon by Narcotics Control Bureau after Rhea Chakraborty confessed that the three actresses consumed narcotics substance," read the tweet from the fake account, which has now been taken down.

After the tweet garnered attention, Satish Maneshinde in a statement said, “Dear Friends, this is NOT my Twitter Account and a Fake one created by some so called “Fan”. It’s Fake news being spread and I have no concern whatsoever with this Tweet. I have said so earlier. I’m taking Criminal and Civil steps to stop this nonsense."

Meanwhile, the Narcotics Control Bureau nabbed seven drug peddlers/dealers as part of its probe in the drug angle in death of Bollywood actor Sushant Singh Rajput. They were sent to the agency's/ judicial custody.