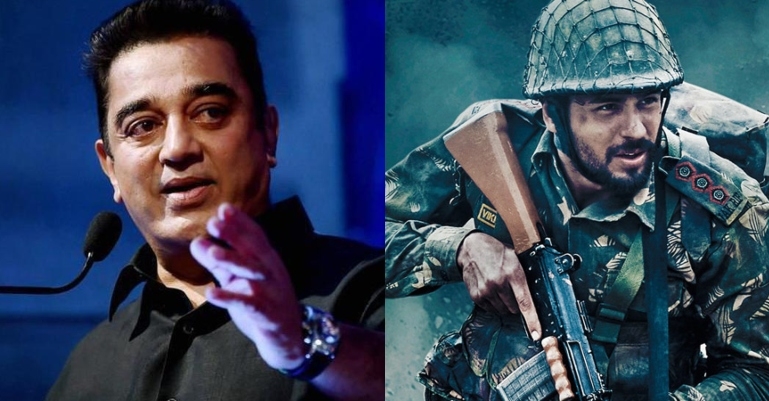 Reviewing the film, Kamal Haasan tweeted: "Right from my childhood as a film fan and a patriot's son I resented the way Indian army was depicted in some of our Cinemas. Shershaah is that exception that makes my chest swell with pride for my soldiers."

Reacting to the tweet, Karan replied, "Thank you so much Sir! This is such an honour for team #Shershaah."

Directed by Vishnu Varadhan, 'Shershaah' is based on the life of Param Vir Chakra awardee Captain Vikram Batra, who laid down his life in the service of the nation while recapturing Indian territories from Pakistani intruders during the Kargil War in 1999. "Must must must watch! This film has made me laugh and cry and everything more. Sidharth Malhotra, you were too special yaa! So, so moving. And Kiara Advani my beautiful, you really just shine right through. Congratulations to the whole team and entire cast. Such a lovely film."

"If a man hasn’t discovered something that he will die for, he isn’t fit to live." – King, Jr. Watching the impactful story of legendary Kargil War hero Capt. Vikram Batra (PVC), on screen makes us realise the meaning of this quote. Watch #Shershaah with Sid's solid performance," his tweet read.

Katrina Kaif and Vicky Kaushal were among the others who shared reviews after watching the movie. ‘As an actor, wearing the uniform brings in a personal sense of pride’: Sidharth Malhotra on...
Advertisement