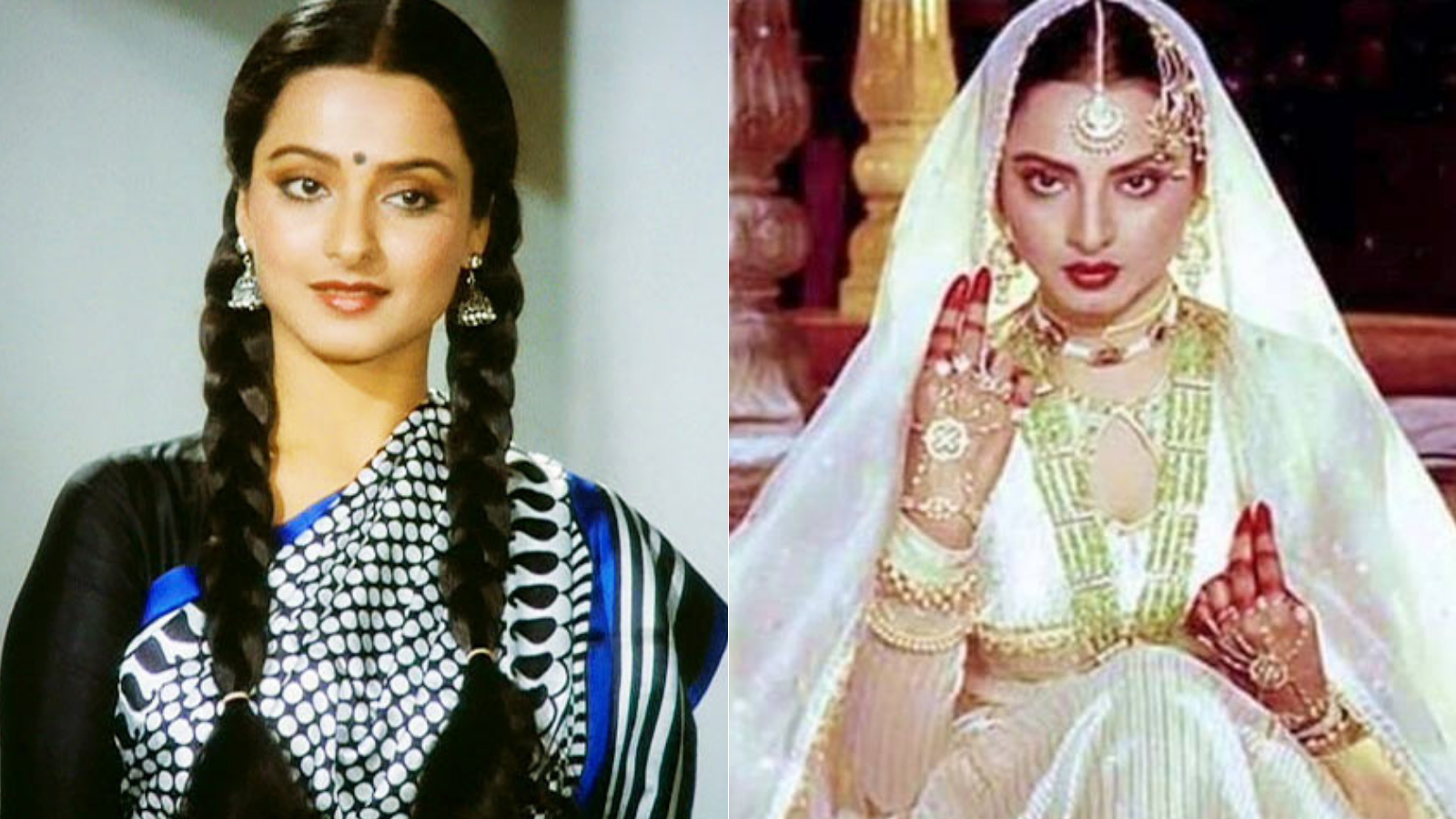 Veteran Bollywood actress Bhanurekha Ganesan, known by her stage name Rekha, was born on October 10, 1954, to actors Gemini Ganesan and Pushpavalli in Chennai.

According to media reports, Rekha didn’t have a happy childhood as his father disowned her and her mother was often busy shooting. The actress spent most of her childhood with her grandmother.

Rekha faced the camera when she was only one year old. She played a small role in the Telugu film drama 'Inti Guttu'. The forever beauty queen has appeared in around 180 films and has received many accolades throughout her career.

Rekha moved to Bombay in 1969 and she was soon signed for 'Sawan Bhadon', which was released in September 1970 and became a commercial success. Since then Rekha worked a lot on herself in terms of looks, weight and command over the Hindi language. She was awarded India's fourth-highest civilian honor, Padma Shri in 2010 by the government of India.

As the veteran actress celebrates her 67th birthday on October 10, here's a list of some of her best performances:

Khubsoorat was a comedy-drama of 1980. Rekha played the lead role in the film. Rekha was applauded for her notorious character and was also awarded with Best Actress Filmfare award for the film.

Muqaddar ka Sikandar reflected a very different side of Rekha. It is also considered to be one of her initial mature characters. She had a brief but significant role to play and managed to leave a mark with her impeccable performance.

Action-thriller Khoon Bhari Maang was released in 1988. In the film, Rekha played a strong character of Arti. The film was both critical and commercial success. Rekha won her second Filmfare award for the film in the category of Best Actress.

The period drama 'Umrao Jaan' is one of her most remarkable performances. The film gave her national recognition as Umrao Jaan. Rekha won the National Award Best Actress for her character Umrao Jaan in the film.

Silsila is one of the most controversial and talked-about films of her career. The film was released in 1981, however, it didn't do well. It was the last film to feature Rekha and Amitabh Bachchan together.

Phool Bane Angarey was one of the biggest hits that she had in the 1990s. Once again she proved her acting skills with a strong character of SP in the film. The film also featured megastar Rajinikant.