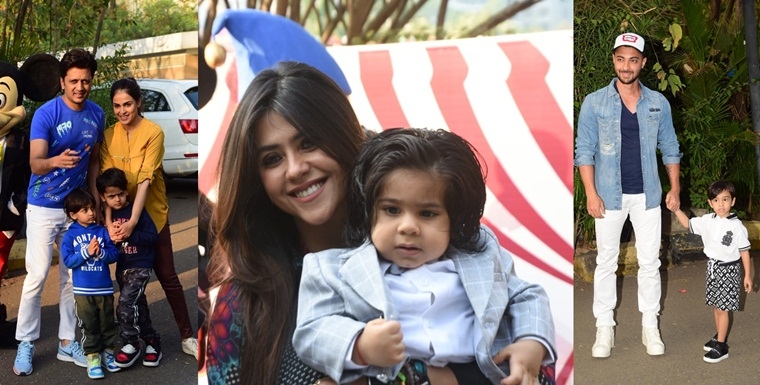 Television industry's Czarina, Ekta Kapoor is celebrating her son Ravie Kapoor's first birthday today. Ekta's lil munchkin turned one on January 27 and it obviously called for a star-studded birthday bash. To celebrate Ravie's first birthday, Ekta threw a birthday bash on Sunday and apart from the who's and who of the Television industry, B-town celebs also made graced the celebrations.

Ekta Kapoor has always stated how special the journey of motherhood has been for her. The head honcho of Balaji Entertainment's son Ravie was born through surrogacy on January 27, 2019. Ravie has been named after his grandfather Jeetendra's real name. Ekta has always kept her son away from the limelight and has just been giving us smaller glimpses on social media. Yesterday, for the first time ever, Ekta revealed Ravie's face at the birthday bash.

The mother-son duo arrived in style and looked all smiles as they posed for the paparazzi. The lil one was dressed in a grey suit, while Ekta opted for a jumpsuit.

From Riteish Deshmukh, wife Genelia and their lil ones to Aayush Sharma and internet sensation Aahil, Ravie's first birthday bash was a starry affair.