It is only on rare occasions such as birthdays and film projects that fans get to see the duo together in one frame.
FPJ Web Desk 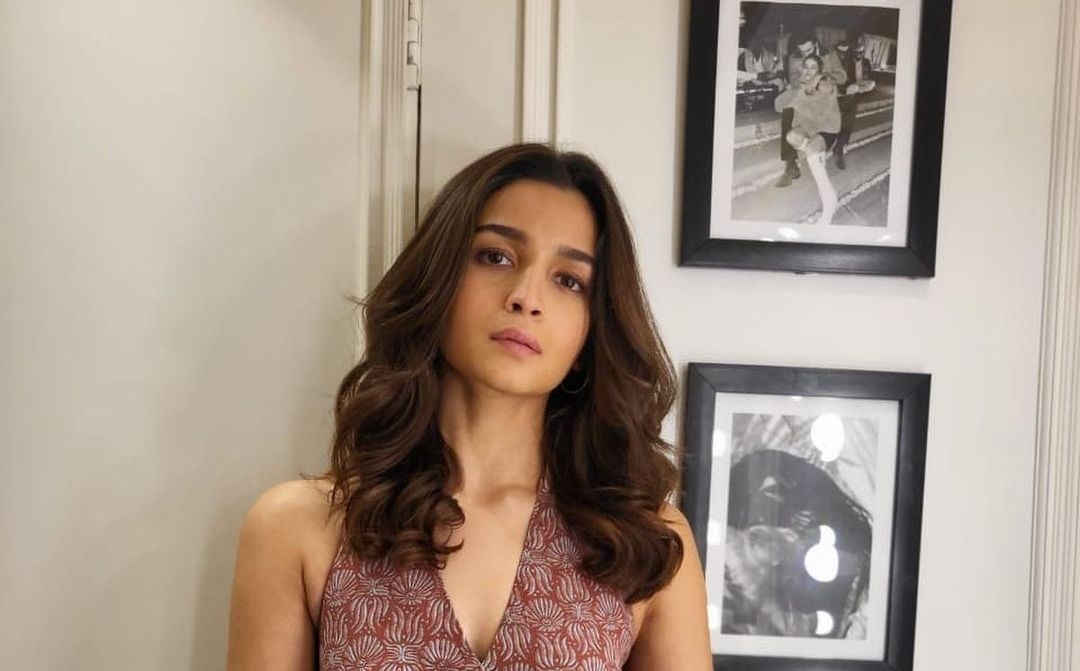 Bollywood’s actor-couple Ranbir Kapoor and Alia Bhatt have been headlining for their romance over the last couple of years.

While Alia doesn’t shy away from posting pictures on social media that subtly hint her love for Ranbir, the latter reportedly has a secret account that nobody knows of.

It is only on rare occasions such as birthdays and film projects that fans get to see the duo together in one frame.

However, recently a post has gone viral that shows Ranbir lovingly kissing Alia who is seated in his arms.

The picture was shared by Alia's stylist Lakshmi Lehr who ideally wanted to show the actress's marron co-ord set with lotus motifs. However, in no time, fans noticed that the wall in the background had a photo frame of the two.

Check out the picture below.

In a recent interview, Ranbir acknowledged his relationship with Alia and said that he would have got married this year, had there not been a pandemic situation. He also shared that he is hoping to get married in 2021.

On the work front, Alia who was last seen in 'Sadak 2', will next feature in 'Gangubai Kathiawadi', directed by Sanjay Leela Bhansali, which is expected to arrive in theatres later this year.

She will also be seen in the forthcoming movie 'Brahmastra' alongside beau Ranbir Kapoor. The movie is directed by Ayan Mukerji and also stars Amitabh Bachchan, Nagarjuna, and Mouni Roy.

She also has 'Rocky Aur Rani Ki Prem Kahani' and 'Takht' in the pipeline.

Meanwhile, Ranbir was last seen in 'Sanju', the biopic of veteran actor Sanjay Dutt. He will next be seen in 'Shamshera', co-starring Vaani Kapoor. He is currently working on 'Animal' and an untitled film directed by Luv Ranjan. 'They're getting married...': Lara Datta spills the beans on Ranbir Kapoor-Alia Bhatt's 2021 wedding...