For the party, the newlywed bride opted for yet another Abujani Sandeep Khosla outfit.
FPJ Web Desk 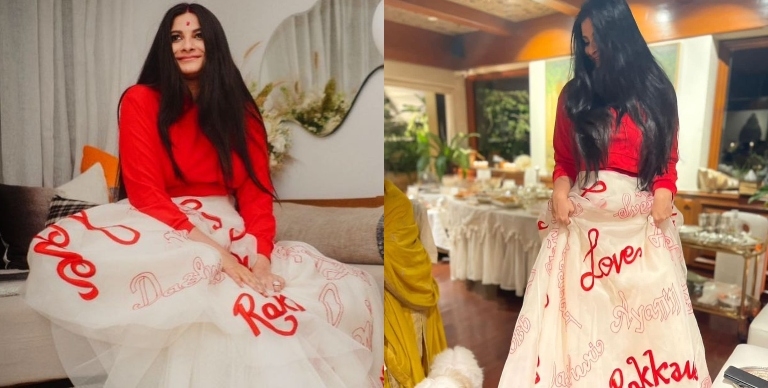 Newlywed bride Rhea Kapoor on Wednesday shared pictures from the 'after party' thrown by her best friends.

Calling it the 'best reception ever', Rhea wrote: "The after party thrown by the best friends in the the world because they can’t help themselves is my love language. Best ‘reception’ ever."

In the pictures, Kapoor is seen in a Bengali look but with a modern twist.

For the party, the newlywed bride opted for yet another Abujani Sandeep Khosla outfit. Rhea is seen wearing a white organza skirt with love motif embroidered in different languages. She paired it with a red bomber jacket and a pair of white sneakers. Rhea left her black tresses loose, added a red bindi and applied Alta on her feet to complete the look.

Ekta Kapoor, Sonam Kapoor's husband Anand Ahuja, her father Anil Kapoor and others took to the comments section to shower Rhea with love. However, several users brutally trolled the 'Veere Di Wedding' producer for the look.

A user wrote, "isko dekhio Radhe maa! The more you make others look good, The more you ended up looking a fool."

A comment read: "You are looking beautiful but if possible please tie your hair." 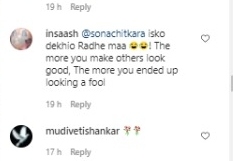 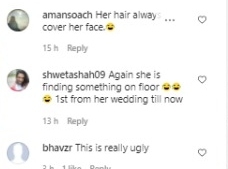 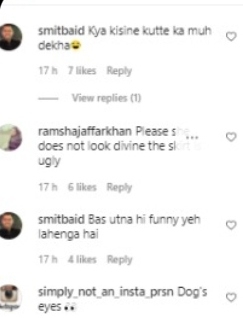 Rhea Kapoor, who has produced movies like 'Aisha', 'Khoobsurat', and 'Veere Di Wedding', is also a fashion stylist.

She is the second of the three children of Anil and Sunita Kapoor including Sonam and Harshvardhan.

Rhea got married to her longtime boyfriend Karan Boolani on August 14 at Anil's residence in Juhu. Celebrities such as Masaba Gupta, Arjun Kapoor, Janhvi Kapoor, Shanaya Kapoor, and Farah Khan among several others attended their reception. 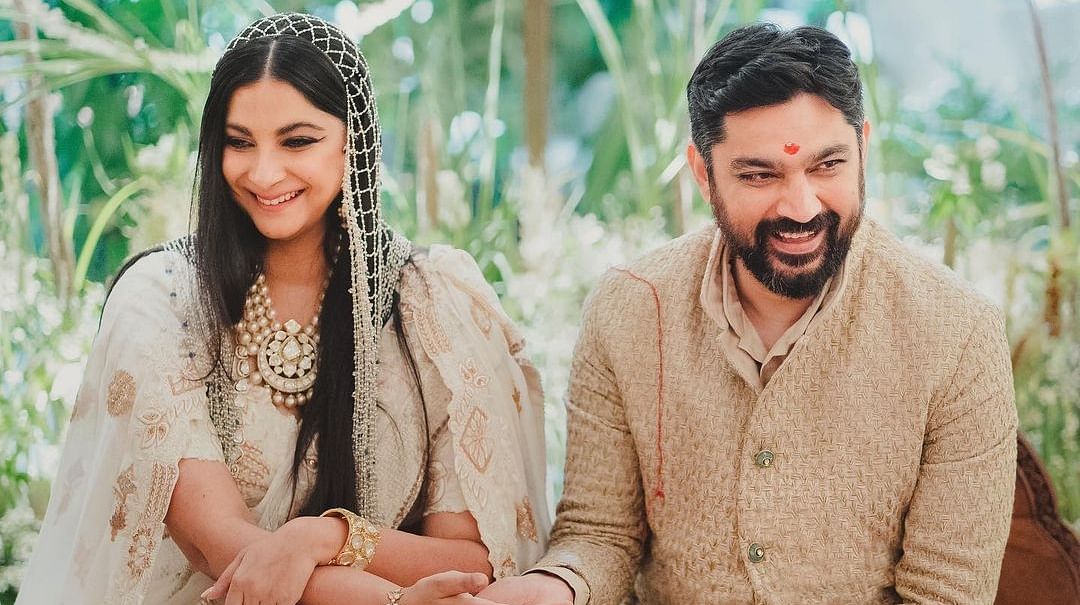 Rhea Kapoor, Karan Boolani explain to friends why they were not invited to their wedding
Advertisement