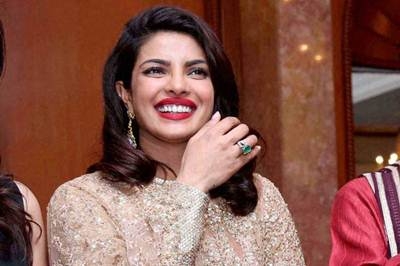 Priyanka Chopra is set to star in Netflix’s upcoming project, a superhero movie titled “We Can Be Heroes”. It is still not known if the Indian beauty will play a superhero or not, but the film is for kids and is being written, directed and produced by Robert Rodriguez, director of the “Spy Kids” franchise.

Robert Rodriguez, who most recently helmed “Alita: Battle Angel”, will direct and produce the movie from his own script. Child stars Akira Akbar, Nathan Blair, Andrew Diaz, Andy Walken and Hala Finley will also feature in the project. Sung Kang and veteran actor Christopher McDonald are also part of the cast. The film, described as an action-adventure, follows a group of children who team up to save the planet and their superhero parents who are kidnapped by the aliens. The project recently started production in Texas, US.

Meanwhile, the “Quantico” actress’ Marathi production “Paani” recently won the Best Film award in the Environment Conservation category. She will next be seen in Bollywood film Sky is Pink with Farhan Akhtar.

Eminent lyricist and poet Javed Akhtar has said being an Indian citizen, the views of actor Priyanka Chopra supporting the Centre’s recent decision on Kashmir will “obviously be an Indian point of view”.

Akhtar was commenting on a Pakistani minister’s demand for the removal of Chopra as UN Goodwill Ambassador for Peace, accusing her of supporting the Indian government’s decision on Kashmir. “If her comments have upset the Pakistani establishment, they can do whatever they wish,” Akhtar said on the sidelines of a literary.

Speaking about the actor, Akhtar said, “I know Priyanka Chopra personally. She is a cultured, decent and educated person and the fact remains she is an Indian. If there is some kind of a controversy and difference in point of view between an average Indian citizen (like Priyanka Chopra) and the Pakistani establishment, obviously her point of view will be an Indian point of view.”