The post includes her spending time with husband Nick on a yacht, wearing 2022 glasses, raising a toast to the New Year, and cuddling on the deck.
FPJ Web Desk 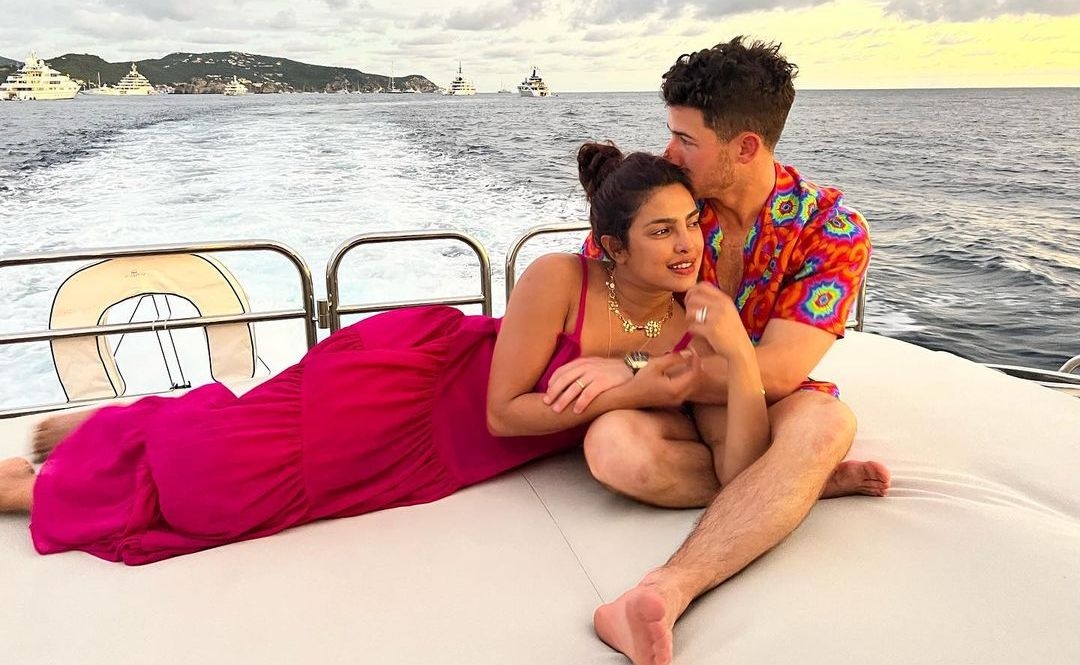 The post includes her spending time with husband Nick on a yacht, wearing 2022 glasses, sunbathing in a red bikini, raising a toast to the New Year, and cuddling on the deck.

She captioned it as, "Photo dump* So grateful for friends family and friends. Here’s to celebrating life. #2022 #happynewyear Adore u @natasha.poonawalla."

Priyanka was last seen in 'The Matrix Resurrections' as Sati in the Lana Wachowski-directed movie alongside Keanu Reeves as Neo and Carrie-Anne Moss as Trinity.

During a recent interview with Asian Sunday TV, the actor was asked the reason for taking the part, considering it wasn't a lead character.

"I think you are coming from something which a lot of people from the South Asian community ask me. 'It's a small role, it's not a leading role, why did you do it?' Because it's 'The Matrix' and I play an extremely pivotal part.”

"Even when I picked my movies in Bollywood, I have always picked roles according to characters and they are not necessarily always the lead. The lead is Carrie-Anne Moss, who played Trinity in the last three movies. You're not competing with that and I think it's such a myopic and very small mentality to think that way," Chopra Jonas replied.

In recent years, the 39-year-old actor has gained prominence in Hollywood with her work in the TV show 'Quantico' and films, including 'Baywatch' and 'Isn't It Romantic'.

Back home in Bollywood, she is regarded as one of the most versatile performers with films such as 'Fashion', 'Barfi', 'Don' series, 'Kaminey', 'Bajirao Mastani' to her credit.

Looking forward, Priyanka has recently wrapped up shooting for the series 'Citadel'. It also stars Richard Madden and Roland Moller.

The series will also inspire spin-offs set in Italy, India, Spain and Mexico, all of which will explore the deeper layers of the storylines and will centralise into the main series.